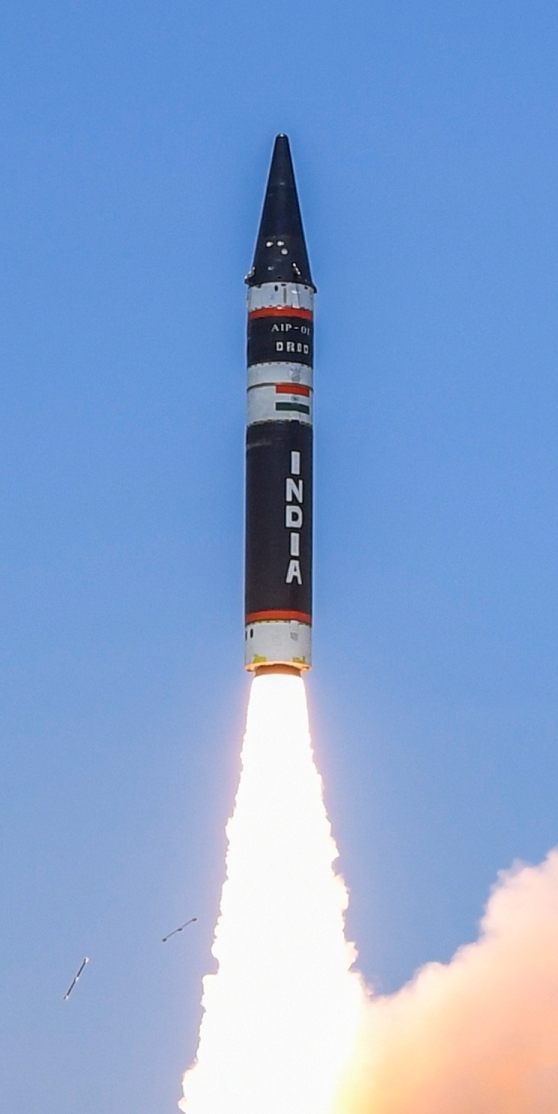 Amid the border tension with China and in response to their test firing of a nuclear Anti-ship Ballistic Missile last year, India had successfully flight-tested a new generation nuclear-capable ballistic Missile Agni-P on Dec18. It can cover a distance of 1000 to 2000 kms. It is also reported that the Missile has been developed to target war ship of an enemy country in the Indo- Pacific. It is a small version of Agni class Missile, lightweight, and can be moved anywhere in the country as it is needed.

The Missile comes with excellent storage and launching facilities. While it can be stored for a prolonged period, its launching is possible by road as well as by rail. This being the second successful test of the Missile, it was first tested in June 2020.

But this successful test flight of the Missile has drawn Chinese and India’s defence experts into a fierce debate. India’s experts categorically said that the Missile targets China thereby showing India’s deterrence capability. It is also being pointed out that this short, small lightweight, compact single solid Missile can reach as far as Chengdu, Honk Kong, and Sichun in China., offering a different layer of deterrence.

A research fellow at the Institute of Peace and Conflict Studies Mr, Mitra asserts that Agni–P is a modern Missile with sophisticated technologies with a shorter reaction time.  Hence he says that considering its sophistication and other advantages,  the range of the Missile is not an important factor.

On the other hand Song Zhongping  a Chinese military communicator compared Agni-P with China’s DF- 21D. He said that India only tested the missiles but that can be used as a weapon to target any ship. He stressed that further tests have to be carried out by India in order to acquire anti-ship capability, which he acknowledged as very complex.

He says that besides the Missile,  multiple other systems have also to be upgraded including satellite, navigation, and maneuvering among many other support systems.

International defence experts comment that even China has to develop ISR ( intelligence, surveillance, and Reconnaissance) capability to a great extent in order to use its Missile to hit the intended target in the sea.

They aver that China’s maneuverable war head may make the task of their ABM further complicated.

WHY AN ROBUST ISR SYSTEM IS IMPERATIVE

It is imperative to mitigate the travelling error while launching an ASBM. In order to lessen the chances of error the China’s rocket forces may launch a number of missiles just for aiming a specific target, moving or stationary in the sea.  Second, it will be possible to hit the target but it may result in hitting a neutral ship creating additional problems. Also resorting to such a method will result in wasting ts stock of the arsenal.

Hence, India’s  modern short and lightweight missile can steal a march over Chinese one if  however, India can come up with an effective and very efficient seaward looking ISR capability

Accepted that China has developed the ASBM to hit the ship, the news of India’s successful test firing of Agni- P Missile is very timely, but India now has to focus on two factors- first, improve ISR system to achieve the goal of error-free targeting of the ship and second, training the navy personnel to take effective counter measures to evade China’s ISR system.