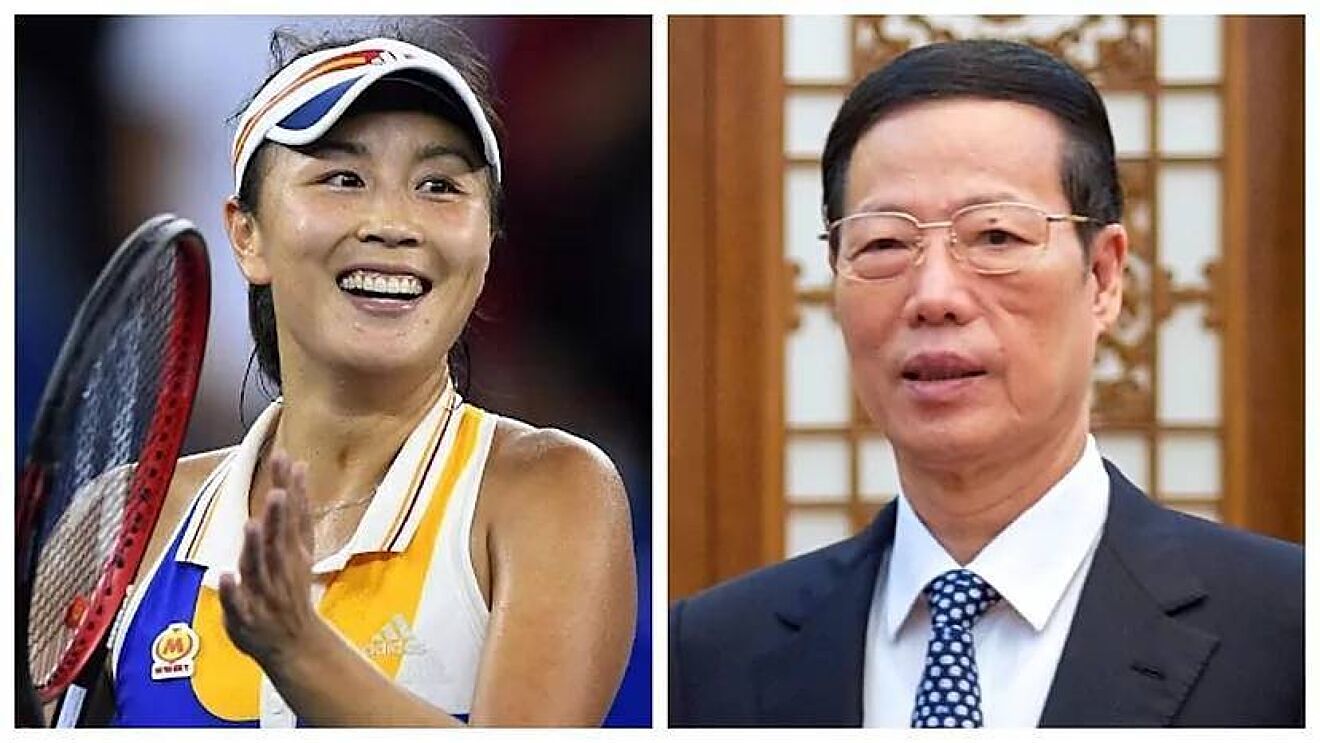 Peng Shuai came forward with her story and the repercussions that followed are truly baffling. For decades, women have been reluctant to talk about harassment and sexual abuse. Circumstances surely now (with the coming of me-too) are convalescent but still a very long way to go.  The three-time Olympian accused a former Vice Primer Zhang Gaoli of sexual on the social media platform ‘WIEBO’. Forget about the standard consequences of speaking up — retaliation, threats, loss of opportunities, friends, income, Peng Shuai disappeared soon after this revelation (the post which now stands deleted).

Many concerned voices are being raised and perhaps the loudest among them is of the Women’s Tennis Association(WTA). The UN has asked for proof of the tennis star.  WTA is surely a trailblazer in the way they’re maneuvering the whole sitch. The WTA is demanding necessary answers and transparent investigation into the matter. There have been a few videos that were released by the Chinese authority which looked subsequently managed. Nonetheless, the WTA is still deeply concerned as the videos provide little to no evidence of the current well-being of the athlete. the women’s tennis association is completely willing to lose money and has suspended all tournaments in China. However, the International Tennis Federation (ITF) chief on Sunday said they won’t call it quits on china citing they can’t punish a billion people.

China’s past human rights record is unpleasing which adds to the whole fiasco. Olympic Committees are also reluctant to give public statements but rather opting for ‘quiet diplomacy’. This gives a window into China’s authoritative regime that rather than ensuring Peng’s safety, silence is being preferred. Although on Monday, The US has announced a boycott of the 2022 Beijing Olympics, accusing China of breaching human rights (committing genocide in Xinjiang against Uyghur Muslims).

Sports often is seen as a tool of foreign policy and a prominent medium of women’s empowerment. Hence it’s not surprising the international attention this matter is garnishing. Various sports icons Billie Jean King, Naomi Osaka, Serena Williams, and Roger Federer spoke about the matter. However, Beijing recently released a statement accusing countries of maliciously hyping and politicizing the matter quoting that “It’s not a diplomatic question”. This statement is not surprising as the rest of the sponsors  (Airbnb, Proctor&gamble, Coca-Cola, and Visa) of the upcoming Beijing Olympics are silent on the matter as well. The 35-year-old tennis star’s own sponsor Adidas is yet to release any statement. This is sad because it’s a matter of the life and security of an individual, it should not be limited to the sports arena.

Individuals from all walks of life who hold prominent positions should speak about it. Instances of sexual misconduct should be dealt with sensitivity, keeping in mind the future precedent you’re about to set as a society. Handling matter this way not only trivializes sexual harassment but also festers the sexiest attitudes. It’s not just about listening to the stories of the survivors and victims’ but helping them by not invalidating/belittling their narratives. It is imperative to set an example and not allow people in power to abuse their status/resources. Society needs to eliminate this fear of repercussions by listening to/telling their stories more profoundly.