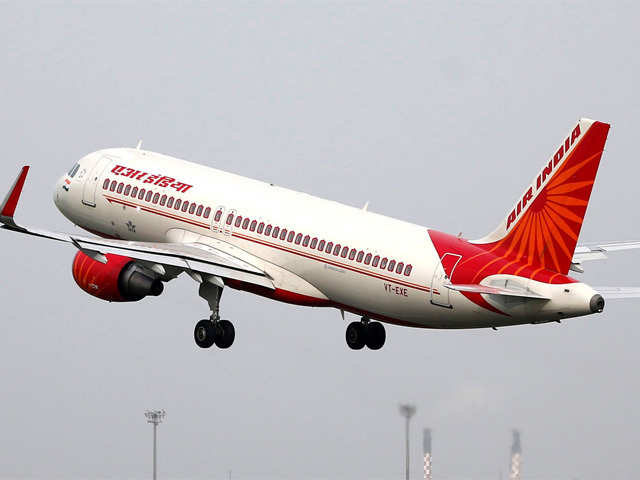 There was a time when Air India, which was known as ‘The palace in the sky’, was considered one of the best airlines in the world. It provided luxury travel for the passengers. Associated with hospitality, food, Indian culture, and art. Air India seemed to be a representation of India. But today the situation has become so worse that after a hundred million losses,  the government had to privatize it. Here we will be considering some important incidents which lead the government to take such an initiative.

JRD Tata, who had a passion for flying planes was the first Indian to acquire a flying license. To bring civil aviation to India was his dream. But it wasn’t easy at that time because the British Raj who were ruling India during those times didn’t cooperate with this. But at the time, Sir Dorabji Tata was a prominent person and he agreed to give wings for JRD Tata’s dreams. Therefore, Tata informed the British that they no longer want their aid and that they would donate their services for free. They only wanted some aircraft and permission to fly them. This demand was agreed by the British and thus Tata airlines was born in India. On 15th October 1932, JRD Tata flew the first Air India plane from Karachi to Mumbai. During this time, it was known as Tata Airlines. And in 1946 it was renamed Air India, and it became a public limited company where everyone could purchase their shares.

After Indian independence, the new Indian government bought 49% shares of Air India. And at the same time, Air India crossed the international borders too. In 1953, a disheartening incident took place for JRD Tata. Indian government under the leadership of Jawaharlal Nehru decided to nationalize the entire sector of air India. The government then merged 8 domestic airlines into one and created Indian Airlines. The domestic wing of Air India was one of these 8 companies. Additionally, the government has also nationalized Air India International.

During the 1950s, nationalizing major sectors was a policy of the Indian government. And this was done with an objective to support these industries so that there will be progress in the country. But this was a backlash for private investors and businessmen. Of course, JRD Tata and other industrialists were not happy with this decision. JRD Tata never expected that Nehru, who had a close relationship with him would take such a desperate decision. JRD Tata saw this as a betrayal. He was against nationalization.

In an interview, JRD Tata said about Nehru, “I would try to bring the conversation to economics, nationalization, bureaucracy, he was only not interested but he wasn’t willing even to talk. The moment I began something, he would turn around and look out of the window.”

Even though Air India was nationalized, JRD Tata still remained as a part of it by handling the position of ‘unpaid’ chairmanship of Air India international. It was his own decision not to get paid. But on January 1, 1978, Air India’s first Boeing 747 plunged into the sea of the cost of Bombay due to pilot error, killing all 213 passengers and crew on board. one month later, the then prime minister Morarji Desai dropped JRD from the chairmanship of Air India and directorship of Indian Airlines.

Why Air India was Nationalized? what was the major motive behind this?

After the prosperous growth of Air India, it started to disintegrate in the last 20-30 years.

In 2007, AI and Indian Airlines bore losses worth Rs 5.41 billion and 2.31 billion respectively. But since both of these government-owned public sector units, this loss of the airlines had to be borne by the government. Therefore, the government decided to merge both Airlines into one with the intention of ceasing these losses. But this combined company incurred losses as well. Because, before this merger, the government had acquired a large fleet of airlines of various specifications and sizes which cost about Rs 440 billion. With respect to this, the salary expenses also increase. Pilots went for strikes by demanding fair salaries. Therefore this company had to incur revenue loss, which drove the government into trouble. Moreover, the revenue from the passengers was also decreased by every year. Because the passengers had plenty of options when more international airlines came into the scenario. So Air India also decided to open up more flights on the new international routes. But this also turned out to be loss-making. Apart from this, it is also said that Air India had hired excessive crew members. And this incurred more salaries.

In-flight service used to be the top priority of Air India. The cabin crew members were rigorously trained. And this is why everyone preferred Air India. But after the changes in the management in the 1970s, the process of recruitment and training of the cabin crew members wasn’t perfect. This led to an increase in expenses and a fall in the standards of this Airline. Therefore the passengers started opting for other airlines.

AI was a government company and the ultimate authority of decision making was with some politicians and government officers, who didn’t have much knowledge about the airlines’ industry. They couldn’t make the right decisions because they lacked knowledge.

Due to all these factors, in 2017, the government decided to privatize AI. But the government found it difficult to sell this airline due to its financial burden. But finally, on 8th October 2021, the government successfully sold off this airline to its founder itself, which is the Tata group for Rs18000 cr. This was an emotional celebration for the Tata group. On the same day, Ratan Tata tweeted, “On an emotional note, air India, under the leadership of JRD Tata had gained the reputation of being one of the most prestigious airlines in the world. Tatas will have the opportunity of regaining the image and reputation enjoyed in earlier years. Mr. JRD Tata would have been overjoyed if he was in our midst today.”

There are a lot of public as well as private Airlines such as Singapore airlines, Ethihad Airlines, Emirates, Japan Airlines, which offers the best service. Therefore,  the whole story of Air India is not about the good and evil between the public and private sectors. Rather, It is about good decision-making and better management. Only those who have knowledge about this sector could manage it in a proper way.

Now coming back to AI, Only time can tell us if it could recreate its identity and retrieve the dignity that it had exhibited earlier.