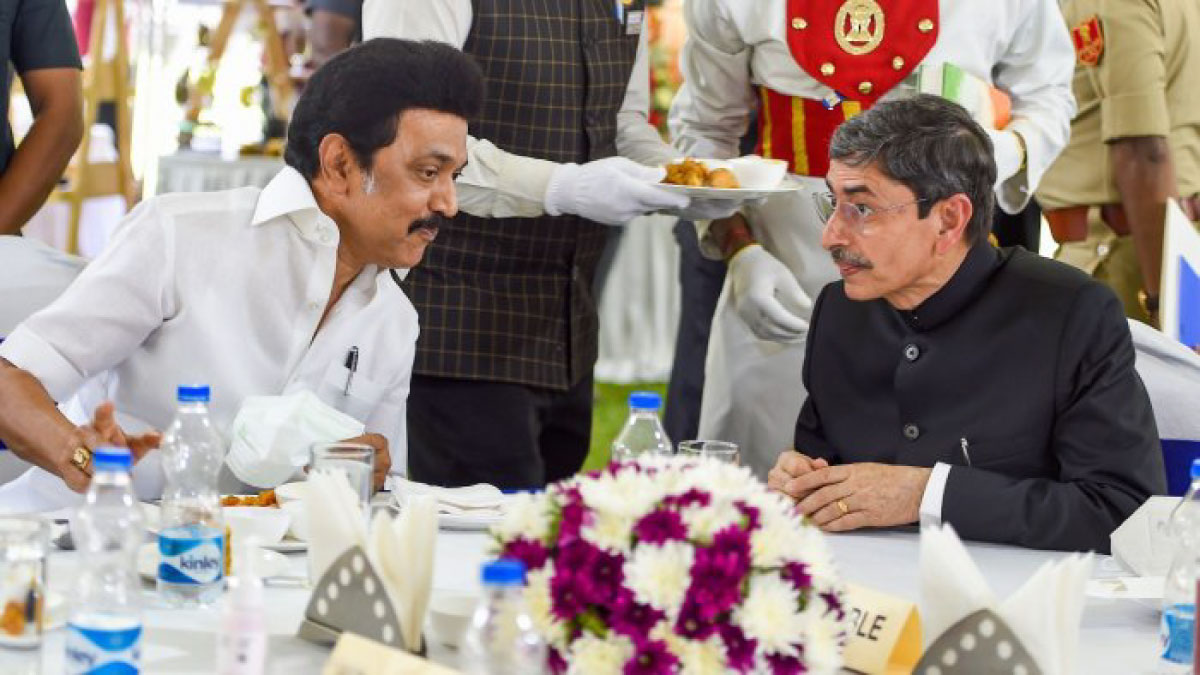 The relationship of the DMK government with the Governor of Tamil Nadu R N Ravi has taken a turn for worse. The state government has decided to respond suitably to Ravi’s persistent unacceptable public statements on certain issues.

Earlier, Ravi had demanded presentations on the government schemes for the head officials. However, the DMK did not take it kindly and avoided a direct confrontation with him.

Two sensitive state issues and the Governor sitting over it has turned their relationship sour. DMK’s mouthpiece Murasoli attacked Ravi for his recent remarks on NEET and the language policy. The mouthpiece advised the Governor not to cross his limits by reminding him how the people of Nagaland, where he had served as ex-Governor, rejoiced when he had to leave the state and come over to TN with new appointment.

The Governor has been holding the resolution that seeks exemption for the state from NEET and putting his legs on it from sending it to the Centre for the President’s assent. At the same time, his praising of the medical entrance exam shows his confrontational attitude when he bluntly appreciated it by saying that government schools representation in medical admission was enhanced after the implementation of NEET.

He also emphasized that the govt should pay attention to improving the quality of education in govt schools.

Tamil political parties are united on the two language policy by the Centre as a national language. But the Governor played a trick by saying that the students should not be deprived of learning other Indian languages. He stressed that knowledge of multiple languages will help us grow harmoniously.

Reacting to Ravi’s trick of sitting over the bill,  DMK reminded him that presently he is the Governor of Tamil Nadu and not of Nagaland and advised him to know the history of Tamil Nadu where even the rural people are politically conscious. The party suggested him to refrain from making unsavory remarks in public about certain issues which are sensitive in TN.

The Governor set a stage for confrontation with the DMK government by returning the NEET bill after sitting over it for more than 5 months with his note, “The legislation is against the interests of the students,  especially the rural and economically poor students.”

Tamil Nadu politicians want NEET to be scrapped for the students, therefore enraged by the return of the bill.  DMK demanded the recall of the Governor immediately in the Parliament. The state government had an all party meeting on February 5.

The government has also indicated to reintroduce the bill in the Assembly. Confrontation is not the way to solve any problem. Both parties should think deeply about whether the bill is really beneficial for the students or not. The purpose should be to serve the people not to create any complication.