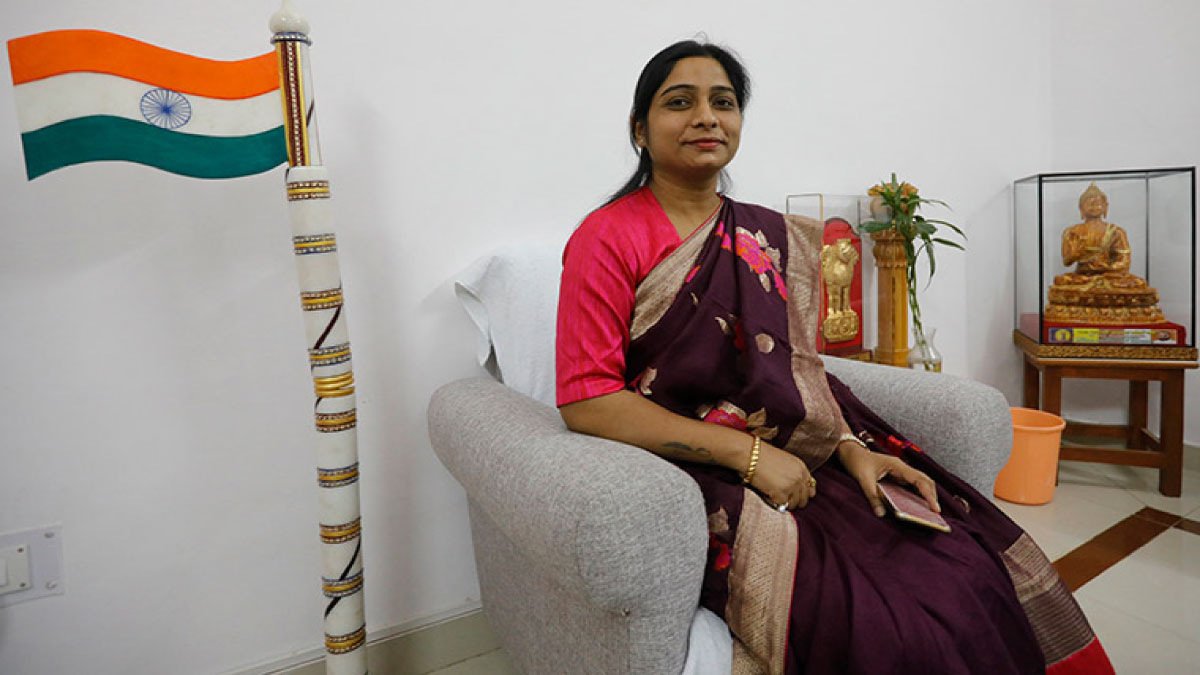 Following the exit of the senior OBC minister Swami Prasad Maurya, the political journey of his daughter Sanghmitra Maurya as a BJP MP seems to reach a difficult path.

Maurya’s resignation as a minister from the Uttar Pradesh CM Yogi Adityanth’s cabinet and joining Akhilesh Yadav-led Samajwadi Party (SP) has changed the course of politics in the state. It is considered as the initiation to the revolt against the leading BJP in UP.

The 37-year-old daughter of Maurya has decided to continue as the BJP MP, despite her father and brother Utkrust Maurya jumping ships and vowing to oust the saffron party in the upcoming Assembly elections. This disparity will lead Sanghmitra to face quite a few political turbulence.

Sanghmitra, an MBBS doctor, left her profession several years ago and joined politics following her father’s footsteps. She along with her father and brother were the active members of the Bahujan Samaj Party (BSP) back then. She even contested against the founder of SP Mulayam Singh on a BSP ticket during the 2014 Lok Sabha election.

Sanghmitra then decided to join BJP after her brother and father switched parties in 2016. However, she does not seem to follow the trend this time around.

In the 2019 General elections, she fought as a BJP candidate from an SP stronghold, Badaun, and won after defeating Akhilesh Yadav’s cousin, Dharmendra Yadav.

Road Ahead In Her Journey

The BJP MP has accepted that it will be tough for her to serve her responsibilities. The top brass leaders from BJP will dredge up her father and brother’s rebellion and target her for the same. However, she seems to separate politics and family and hopes for the best for her brother.

The stand to remain in BJP and continue to serve as an MP, unlike her brother and father, reflects more about Sanghmitra as a politician.

Going ahead, the father-son duo may put a serious impact on UP politics. Utkrust may even get an SP ticket, who lost two previous Assembly elections. Sanghmitra accepted she would support him as a sister.