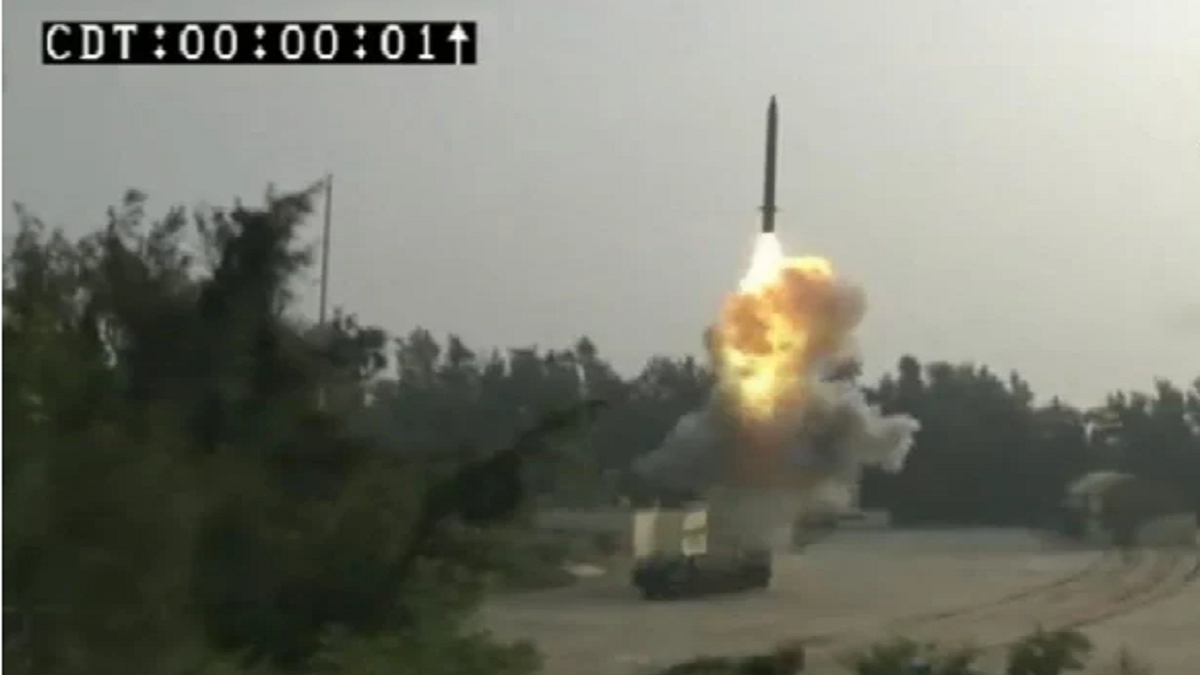 The Defense Development and Research Organization (DRDO) on Monday successfully test-fired a Long Range Supersonic Missile Assisted Torpedo (SMART) off the Balasore coast in Odisha. DRDO said the system has been designed to enhance the anti-submarine warfare capabilities that are far beyond the range of conventional torpedoes.
It is a next generation missile based torpedo delivery system. DRDO was successful, said that during the test, all the capabilities of the missile were successfully demonstrated. Various technologies have been developed by several laboratories of DRDO for this advanced missile system. The Navy can get its gift soon.

Indigenous anti-tank missile was tested two days ago
Two days before this important test, the DRDO and the Air Force successfully test-fired an indigenously designed and developed anti-tank missile. The test took place in the Pokhran range. The special feature of this anti-tank missile is that it can be launched from a helicopter. This was the third test of indigenous weapon systems in recent times. It is super successful.

Know what is SMART: missile and torpedo, the merits of both

SMART is supersonic anti-ship missile, in which a torpedo of low weight is fitted. This torpedo is used as a payload. It is fitted with a low weight torpedo which is used as a payload. With the power of both of these, it becomes a tremendous anti-submarine missile. This not only gives the power of the missile, but with the help of torpedoes, it also has the ability to destroy the submarine this make it a supersonic anti-submarine missile,. Although no disclosure has been made about its range yet, but it can be estimated from the range of the missile present with the Indian Army. At the same time, supersonic speed means that it will strike faster than the air and in such a situation it will be difficult for enemy ships or submarines to escape. When fully ready, it will have a range of 650 km.

The presence of a system with such a high range will push the Indian Navy higher in the list of most dangerous navies in the world. It is noteworthy that the country already has an anti-submarine torpedo named Varunastra which can hit its target with the help of GPS (Global Positioning System). The Smart is much lighter in comparison.