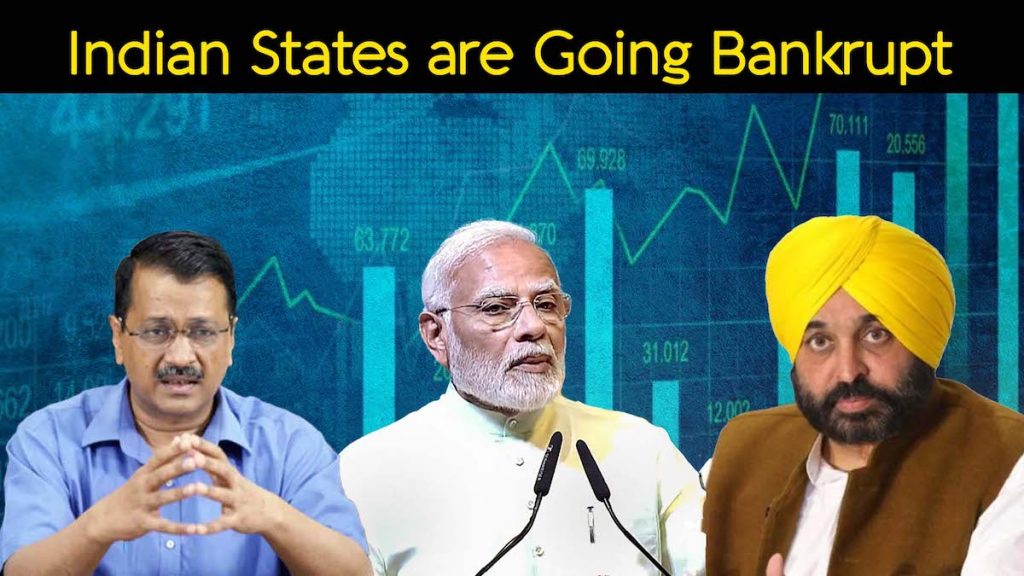 Pandemic, The Russo -Ukrainian conflict leading to subsequent collapse and downfall of the market and debt- trapping of China have to fiscal status of many nations like Senegal on the verge of collapse. Different countries like Sri Lanka, which have puppets of China at the helm of nations’ power with a greedy intention to keep it, have led to the nation’s inflation rate going beyond 55%, power cuts and anarchy Sri-Lankan economy collapsing. Despite India handling the pandemic well compared to other countries, some states have been listening to RBI’s case study report these nations to the most economically stressed conditions. These states have been falling behind economically and are possibly mini Sri Lanka which could implode India’s entire economy. On the 11th of June 2022, The Reserve Bank of India released an essential document about the finances of the states of India. Some of our Indian states have been managing their finances so bad that they could be heading towards the same state as Sri Lanka’s economy. Out of all the reasons why Sri Lanka’s economy went bust, one of the main ones is the economically unviable welfare schemes eventually increased their debt to GDP ratio to about 110.

Regarding Indian states, the Debt-to-GSDP ratio of some Indian states is higher than the suggested 20%. This includes Punjab (53%), Rajasthan(39.5%) , Bihar (38.6%), Kerala (37%), U.P.(34.9%). This is disastrous for these states, especially in the case of Punjab, which paid 21.3% of its revenue for paying back interests. These estates are ruling out unviable subsidies and freebies for either getting votes or simply pleasing the people. If they are in power, they could easily use the state budget instead of the party funds to please the people, and according to the RBI document, The Reserve Bank of India has raised concerns about three such policies.

First is the return of the old pension fund scheme. Previously the old pension scheme involved an investment in the general provident fund, which the government used for development and other various projects. By the end of an investor’s career, the amount of salary they will receive the pension is half of the pay they earned before they retired from the government. This will take place regardless of any condition. This scheme added up to 60%of India’s GDP.

As the Manoj Vajpayee administration proposed in the new pension scheme, 10% of the employee’s salary will contribute to the pension fund. 10% more will be donated by their employer. This collection will be invested in the form of bonds and equities. The corpus of funds after the investment will allow a further employee to accumulate 60% of the amount, and 40% will be in the market to generate a pension for the employer. Hence the annuity is not from the government but the fund generated by the government in the market.
Further, depending on the market, the pension will be given back to the employee, so the government, unlike the old scheme, will not have to pay the annuity even if the market conditions are terrible. However, Rajasthan and Chattisgarh have returned to the old pension scheme to please people. Rajasthan spends 23 000 crores on pensions and 60 293 crores on salaries and wages. This constitutes 56 per cent of its tax and non-tax revenues, so practically 10 lakh families forming about six per cent of the 1.6 core families preempt 56 % of the state’s revenues. This will hamper the economy of Rajasthan as little money will go to developing the state, and people will see the short-term effects of this scheme go away, which is being used by parties to garner more affection and votes. 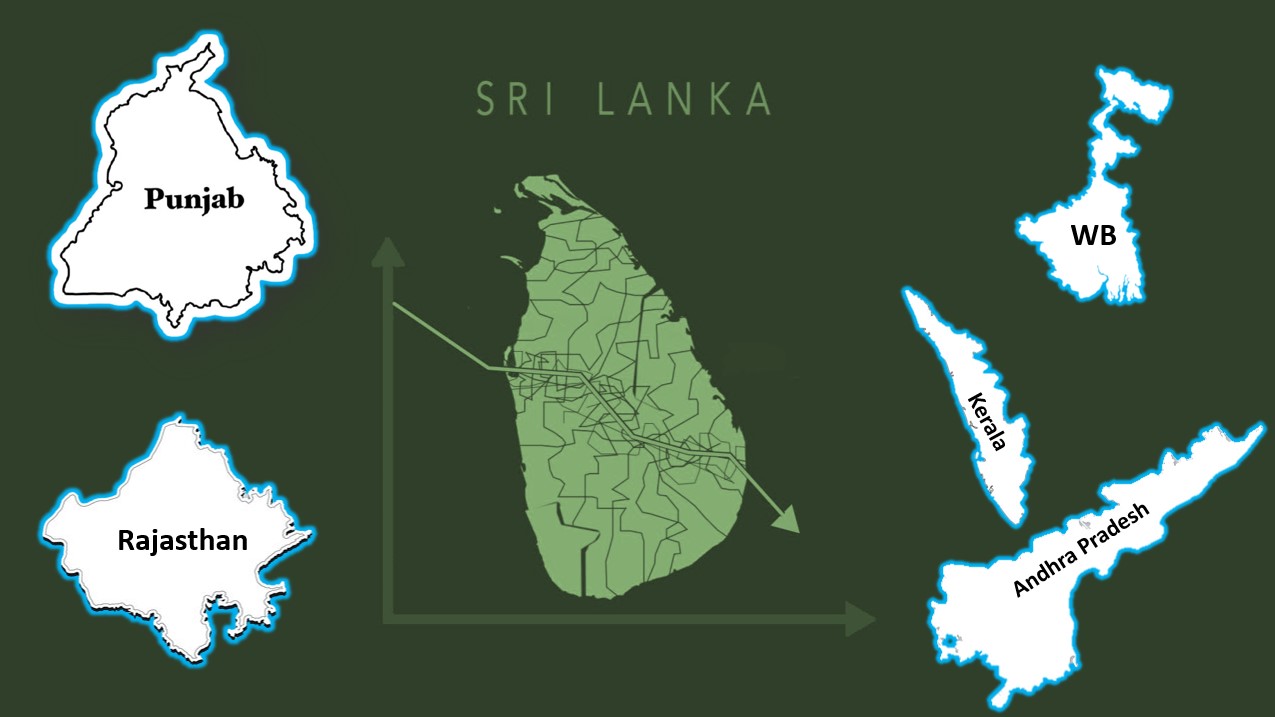 The RBI pointed out the second issue. The state government buys electricity from the producers at lower costs from private companies and sells them at higher prices to make a profit. This is called a Discom. Contrary to popular belief, these companies have been incurring huge losses of around 1.43 lakh crores. The situation is so bad that the centre had to aid these Discoms with 90,000 crores. 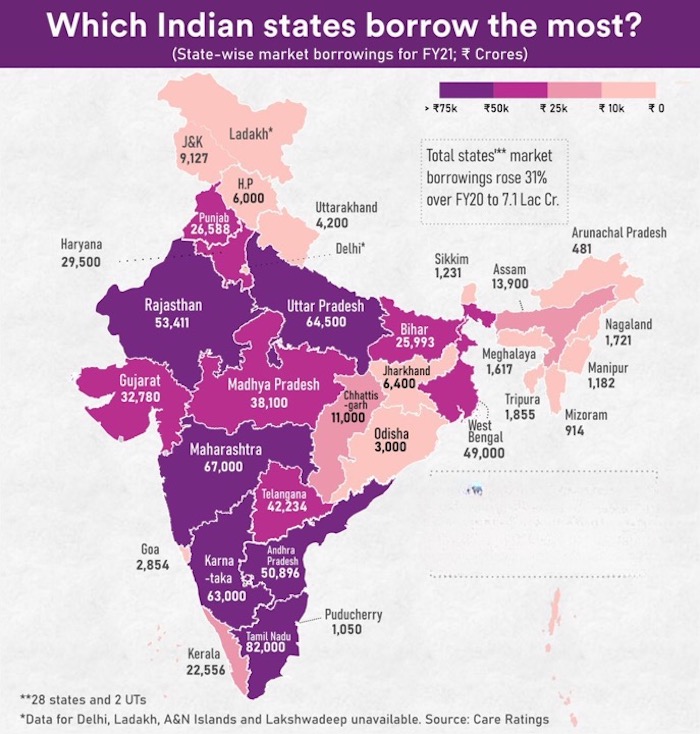 The biggest issue comes from the subsidised groups like the industry that the governments want to support and farmers. Even though they are charged at a loss and the rest, like commercial factories, other industries and domestic users, are charged at a profit, the sheer number of farmers in the nation creates a misbalance of any profit. Since they are subsidised with electricity being sold to them at a loss, the government has no economic gain. This entire calculation of this cross-subsidy requires good transmission technology, which is currently not owned by any Discoms. Nearly 20% of India’s power is lost in transmission.

The issue RBI pointed out is the freebies given by the state government to the nation, whether it be accessible 300 units provided by The AAP government in Punjab, LPG donation in UP to garner support by the BJP etc.