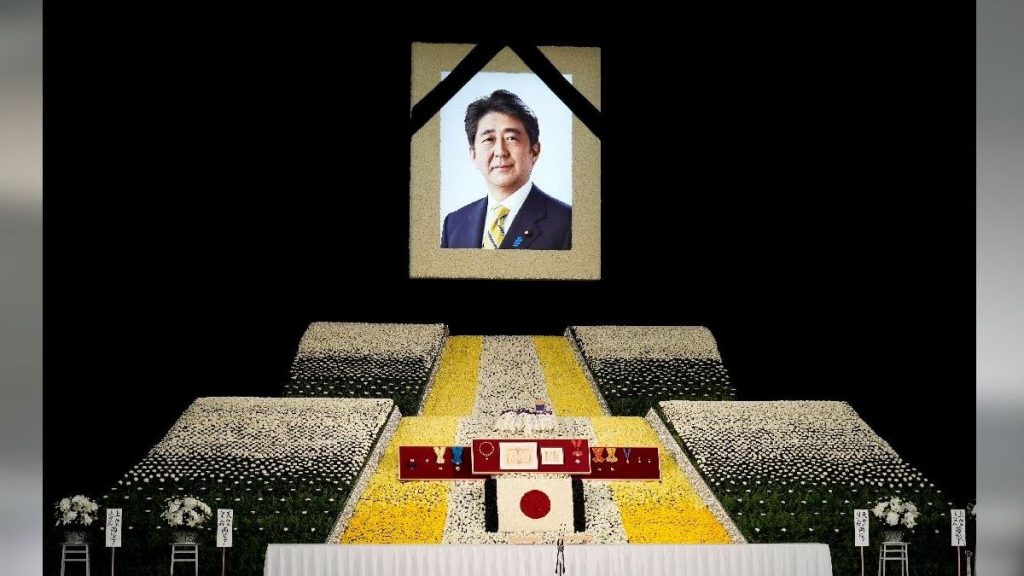 Japan holds a state funeral for Shinzo Abe who was assassinated in July 2022 during a campaign speech in Nara Prefecture. Shinzo Abe’s state funeral has been filled with tensions amidst tributes. This has deeply spilt the nation, especially among the younger generation.

Earlier, Abe’s widow, Akie Abe, arrived at the ceremony at the Budokan venue carrying his ashes. 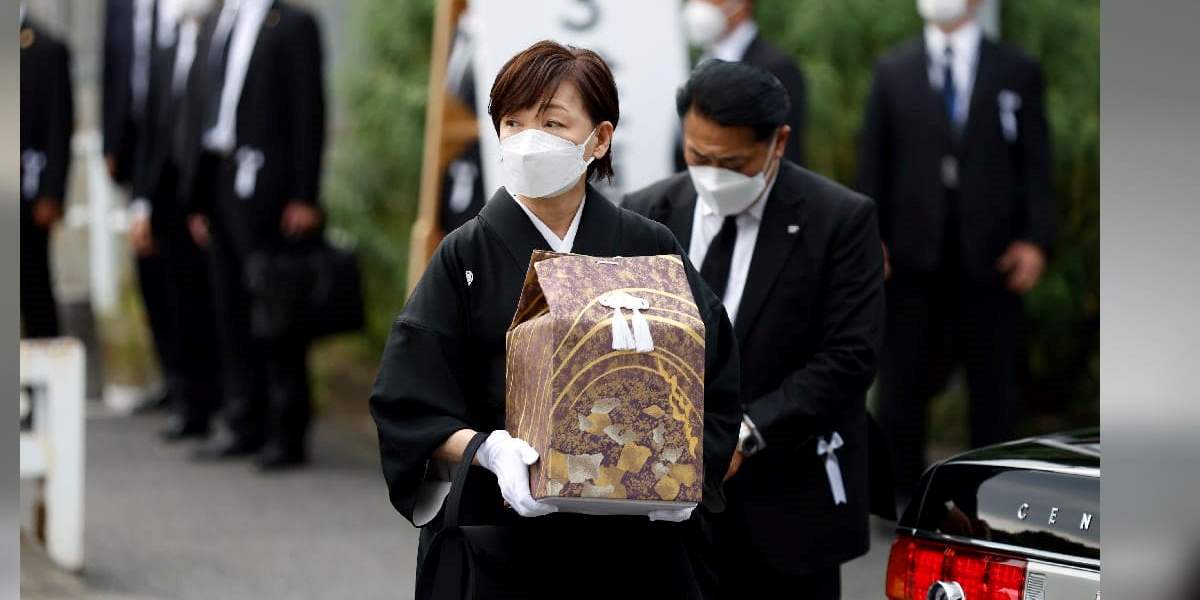 More than 4,300 guests are expected to attend the service at the Nippon Budokan Arena in Tokyo. This includes US Vice President Kamala Harris and Indian Prime Minister Narendra Modi. 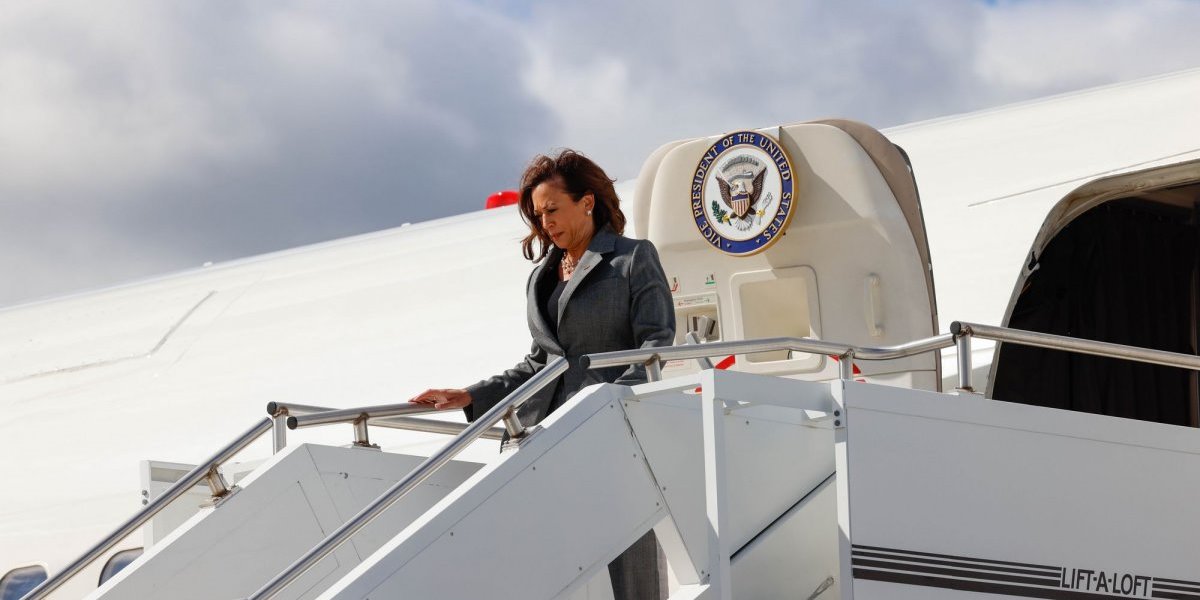 Abe’s ashes were carried into the venue, where the government played a video tribute honouring his life and career. Prime Minister Fumio Kishida then delivered a memorial address where he praised Abe’s “courage” and dedication. Former Prime Minister Yoshihide Suga, Abe’s right-hand man for many years, also gave remarks. After that attendees laid flower offerings and bowed in turn. Other ceremonial rites on the program include an honour guard, gun salute, and musical performances, before a government reception for visiting foreign dignitaries. 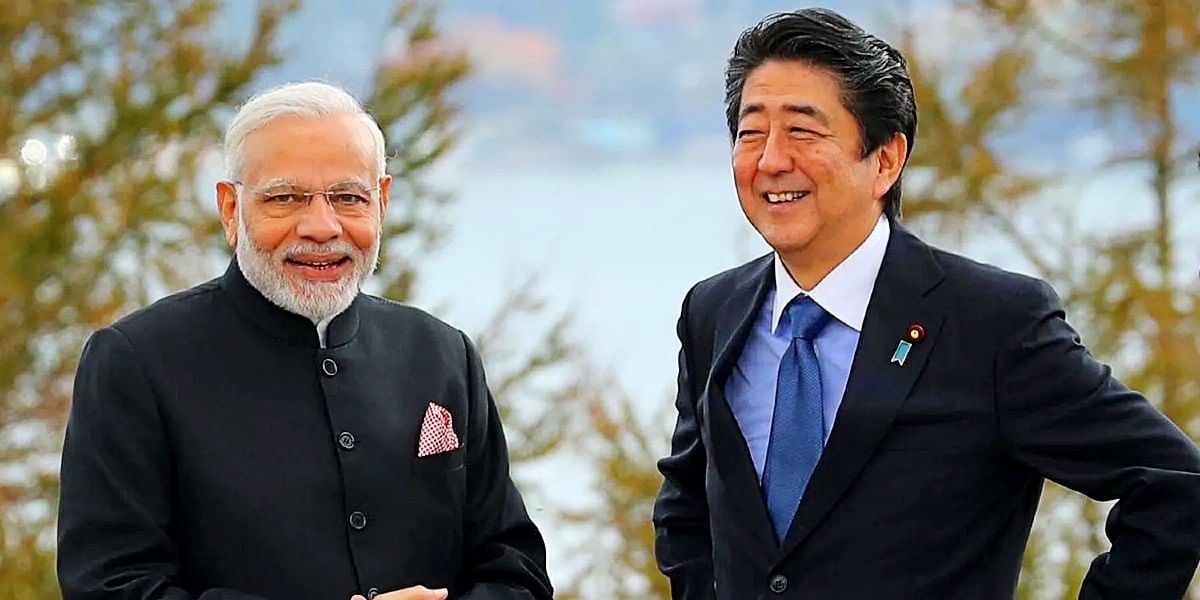 Abe held office for two separate terms. During his tenure, he transformed Japan’s security posture by passing major security legislation in 2015. This expanded Japan to a position to militarily support the US. He also was a prominent figure on the world stage, cultivating strong ties with Washington and seeking better relations with Beijing. Simultaneously he also tried to counter Chinese expansion in the region by uniting Pacific allies. One of his final successes in office was securing the 2020 Tokyo Olympics. After stepping down in 2020, citing health reasons, Abe remained active in politics, often campaigning for his party. This was what he was doing at the time of his assassination. The suspected shooter had targeted the former Prime Minister because he believed Abe’s grandfather, had helped the expansion of a religious group he held a grudge against.

Dozens of protesters have gathered in the areas surrounding the Budokan arena to express their dissatisfaction over Shinzo Abe’s state funeral. The protestors are dissatisfied by pointing to the fact that state funerals are usually reserved for Japan’s Imperial family.

Also, the protestors demanded that the grounds for holding a state funeral should be “based on his contribution and policies”, not “just the length of his time as the prime minister”. 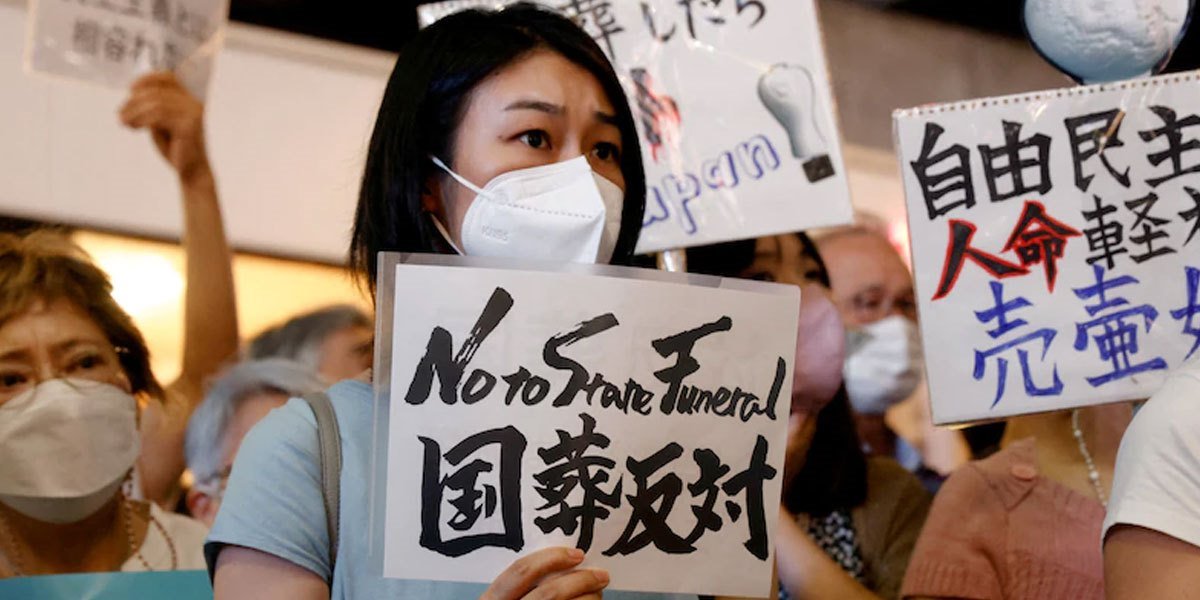 The protestors are of the opinion that since he was assassinated, that means it was a terror attack which managed to change the history of gun violence in Japan. The cost of the funeral is estimated to reach 1.67 million yen (£10.96m, $11.4m), which protesters say could be directed towards more pressing economic issues. Around 60% of people now say they do not support the state funeral because the government is spending around $12m of taxpayers’ money on the event, without even gaining the approval of parliament.