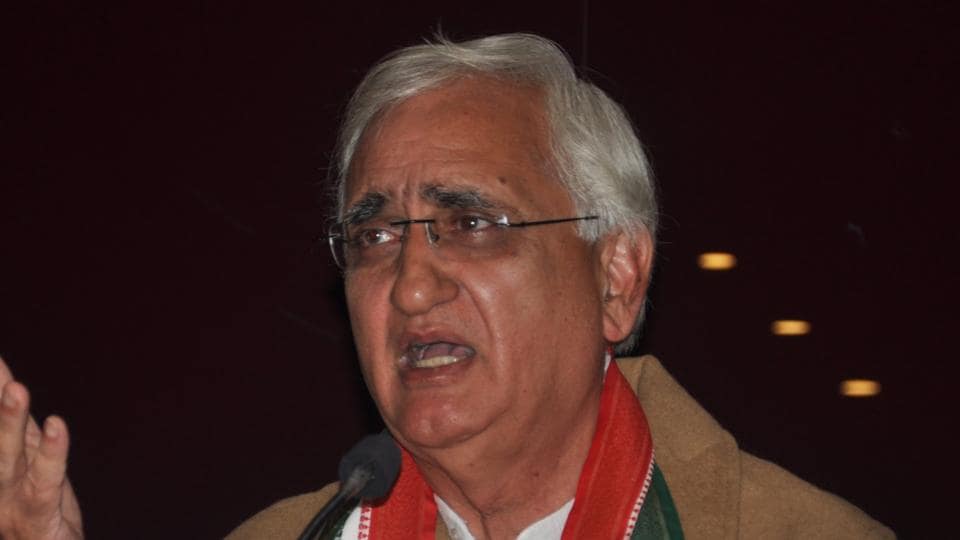 Former Union Law Minister and senior Congress leader Salman Khurshid has said in his new book that the Supreme Court’s verdict on the Ayodhya dispute has refused to accept the idea of ‘Hindu Rashtra’. Along with this the ability of the Apex Court to practically deal with religiously sensitive cases in a secular system has been enhanced.

Khurshid’s new book ‘Sunrise Over Ayodhya: Nationhood in Our Times’ became available on Monday. In this, the historic verdict of the Supreme Court in the Ayodhya case of 2019 has been explained in detail. Khurshid has told through this book that the Supreme Court had struck a delicate balance between the use of judicial principles and the healing wounds of civilization.

Khurshid wrote that the Supreme Court may have liked the Hindu side marginally better than the Muslims, but it did a great job and motivated the Muslims that this is not the time to give up. Rather, it is time to meet again. Muslims have always obeyed the court’s decision, now it was an opportunity for them to show grace and kindness and contribute towards maintaining true national unity. On 9 November 2019, a five-judge constitution bench headed by Chief Justice Ranjan Gogoi had allowed the construction of a Ram temple in Ayodhya at the site where the Babri Masjid once stood. The top court had also asked the central government to give five acres of land in Ayodhya to the Sunni Waqf Board to build a new mosque.

With this, the famous Ram Janmabhoomi-Babri Masjid dispute of Ayodhya came to an end. Earlier on December 6, 1992, the Babri Masjid built during the Mughal era was demolished by kar sevaks. With this, riots broke out in many parts of the country. The Congress leader has also written in his book that this decision of the Supreme Court has once again proved that it confirms the secular character of India. This is the truth that existed before this decision Moreover, the direction to allot five acres of land to the Sunni Waqf Board was a gesture that underlined the court and the nation treat all citizens as equal. In this 354-page book, the senior Congress leader presents the judicial history and details of the long-standing Ayodhya dispute and how the verdict has reaffirmed India’s existence as a secular society.

In conclusion, Khurshid wrote that only time will tell whether the Supreme Court through this judgment has laid the foundation for a grand reunion or perpetuates the tension of majority power versus authority, or is it a mixture of both. Salman Khurshid is also a senior advocate of the Supreme Court. He has written several books, including ‘At Home in India’, ‘Triple Talaq’ and ‘The Invisible Muslim’.