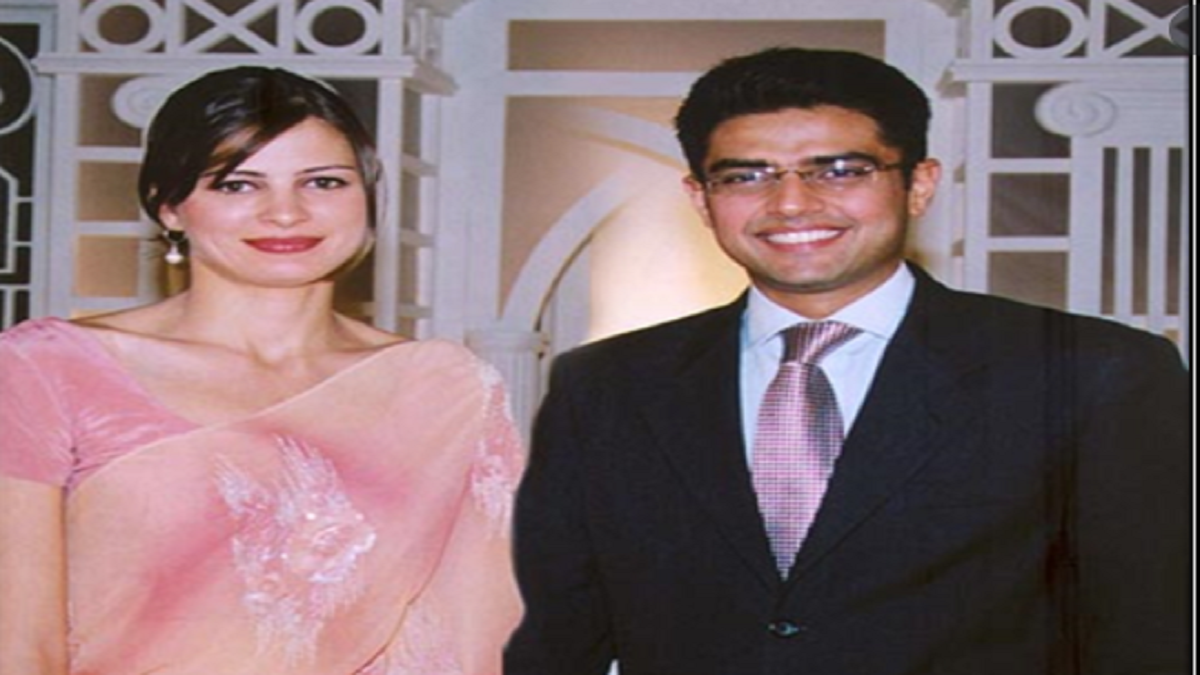 Member of Legislative Assembly (MLA) Sachin Pilot married Sara, the daughter of former Jammu and Kashmir Chief Ministers Farooq Abdullah and Omar Abdullah’s sister, in 2004. It was a love marriage and there were many obstacles that both Sachin and Sara had to face. But they both tied their knot regardless of everyone stopping them.

Both Sachin Pilot and Sara belong to veteran political families. Sachin’s father Late Rajesh Pilot was one of the biggest leaders of Congress. At the same time, Sara’s father Farooq Abdullah and brother Omar Omar Abdullah are big faces in the politics of Jammu and Kashmir.

Sachin and Sara had met while they both were studying in America. This is where they came close and their relationship started to build. However, both their families were staunchly against this relation. Sachin was a Hindu and Sara was a Muslim and their families wanted them to sever their ties. They tried to explain to their respective children, but it is said that love does not bend, so did both of them at that time.

The love story of Rajasthan’s Congress leader Sachin Pilot started from America. He went to the University of Pennsylvania to study MBA. Here, Sara was also a student. Sara had to wait a long time to marry Sachin. Even after coming to India, both remained in touch. Eventually, on January 15, 2004, both of them got married in Delhi.

However, Sara’s brother and father did not attend the wedding. Sara’s father Dr. Farooq Abdullah was in London at the time of marriage. At the same time, brother Omar was admitted to Batra Hospital in Delhi in connection with treatment.

Sachin’s mother and then Congress MP from Dausa, Rama Pilot, attended the wedding.

With time, Sara’s family accepted both. The couple has 2 sons, Aaran and Vihaan. There was a period when Sachin Pilot said that he would not enter politics. Today he is a strong leader of the Rajasthan Congress.

In a TV show, Sara had told she knew Sachin’s family since childhood. There was a good relationship between the two families. Because of this, there were frequent meetings between the two.

Sara is a social worker as well as a yoga instructor.