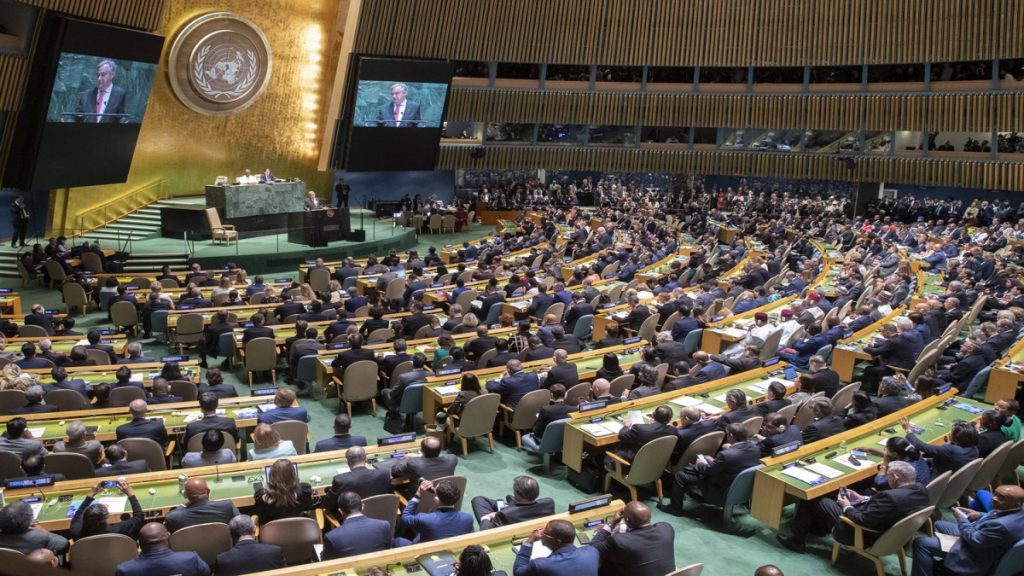 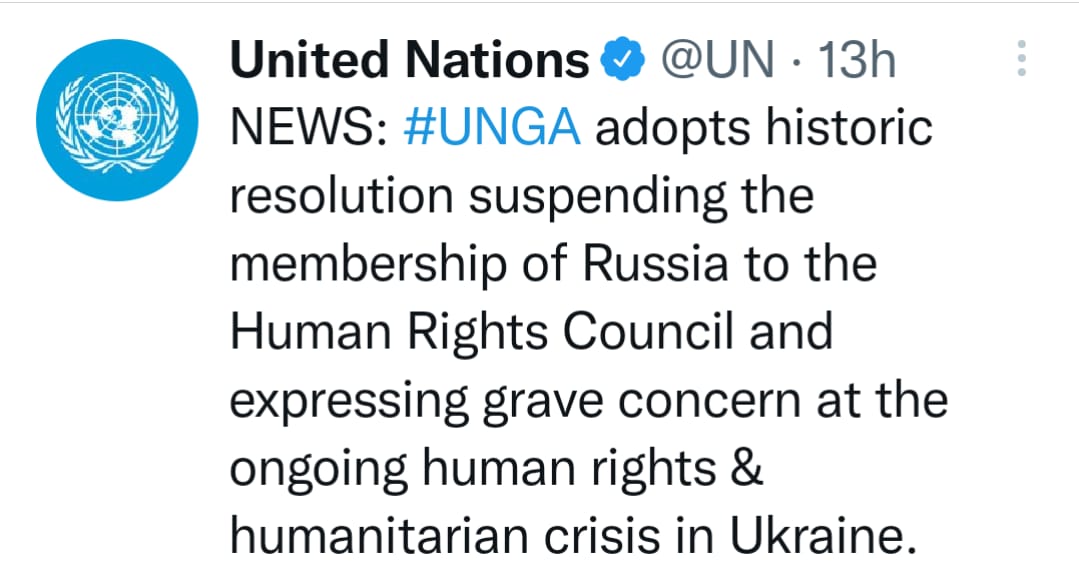 The UNGA (United Nations General Assembly) voted 93 to 24, with 58 abstentions, including India. The countries which demanded the “Suspension of the rights of membership” of Russia includes Ukraine, USA, Colombia, Costa Rica, Georgia, Japan, Liberia, UK and the Head of the delegation of the European Union.

The Human Rights Council of UN is formed of 47 Member States. They are elected directly and individually by secret ballot by the rule of majority of the members of the General Assembly. 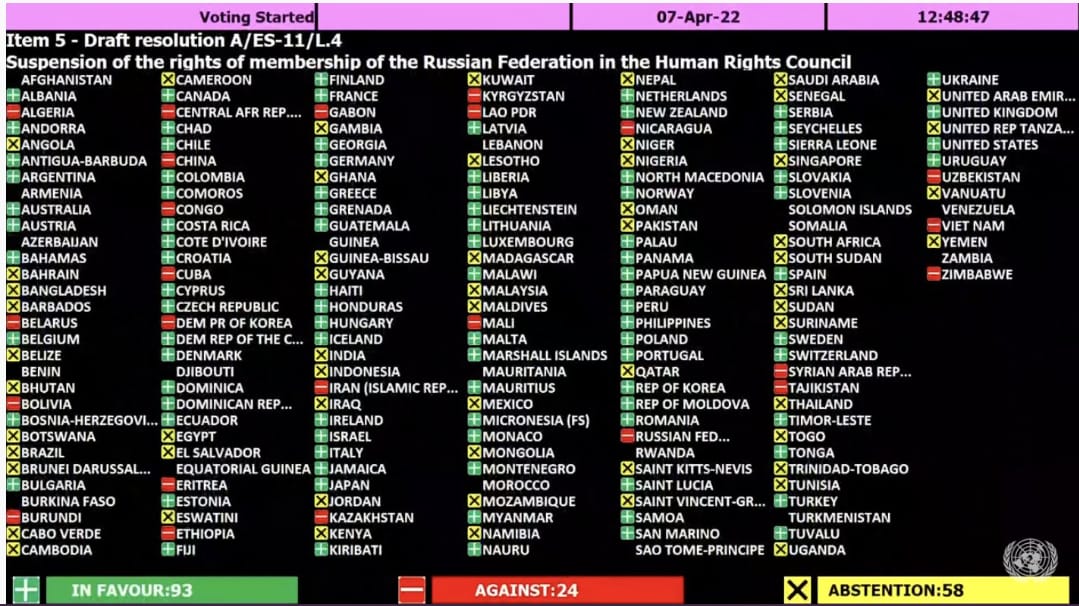 Not only this any member of the UNGA is not counted if they abstain to vote, like India did. To pass the resolution two-third majority is needed in yes/no format.

For the resolution “Suspension of the rights of membership” against Russia. Those who are against it was 24 in number, in favor of the resolution 93 votes were present with 58 absentees in total. The abstains include Pakistan, Bangladesh, Malaysia, Sri Lanka, Qatar, Brazil, Egypt and more. Whereas, China votes against the resolution by UNGA. 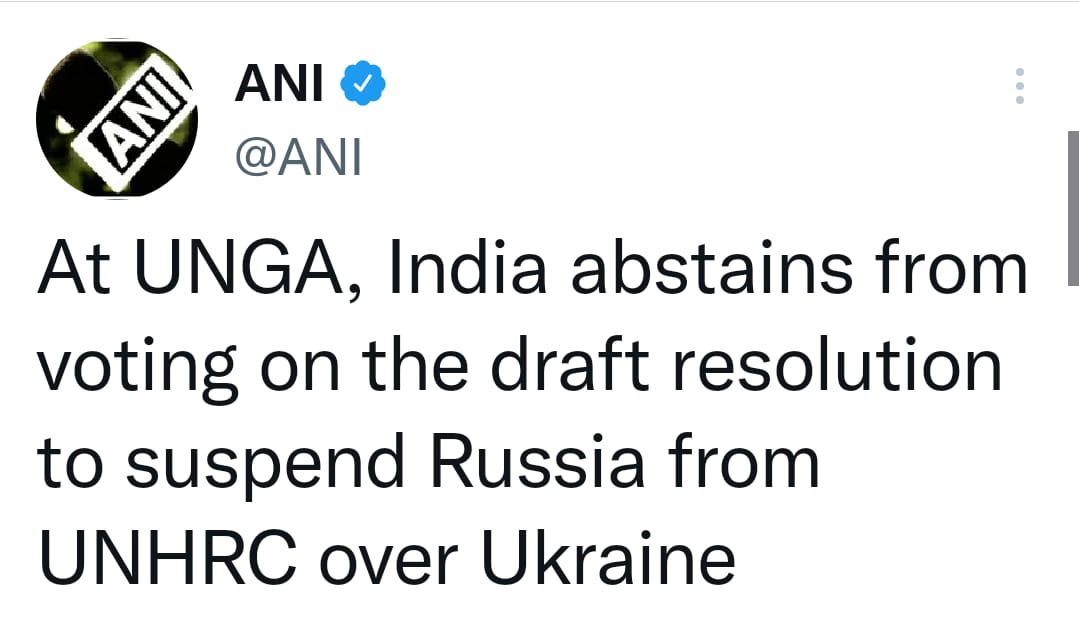 In the last few UN voting, India decides to keep itself away from the voting. This time also India abstains from voting. Under the “Explanation of vote” India’s representative, Mr. Tirumurti Says “We firmly believe that all the decisions should be taken fully respecting due process as all our democratic polity and structures enjoin us to do so.”

Mr. Triumurti also says that if India has to be on a side then it will be the side of peace. With an immediate full stop to the violence. Along with that India has condemned the killings of civilians in the Bucha, Kyiv. Not only this he also pointed the effect of the war on the other countries. This includes issues like fuel prices, food supply, medicines etc.