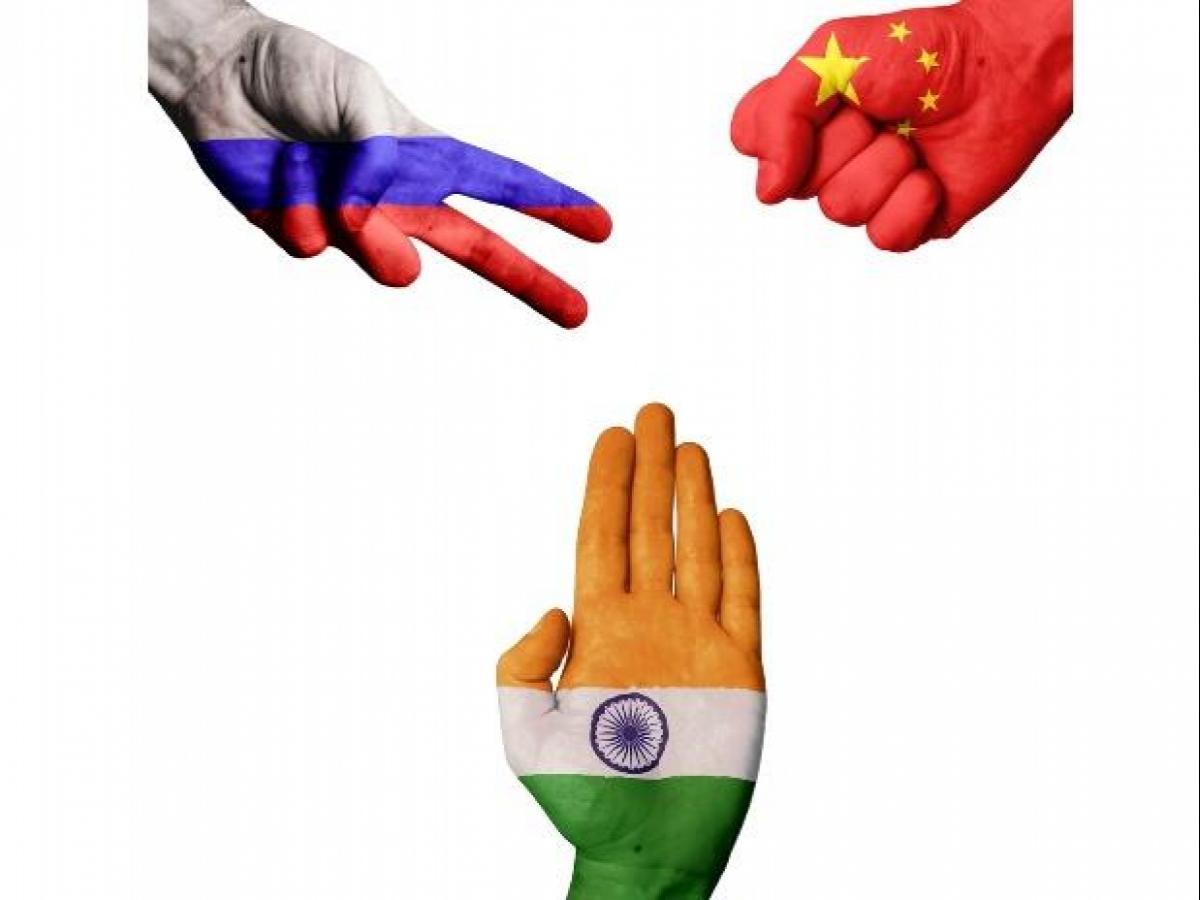 On November 26 three of the largest and arguably the most important nations of the Eurasian region: India, Russia and China came together for a virtual meeting. The meeting was held under the RIC (Russia-India-China) framework. Friday’s trilateral summit is the 18th meeting of the RIC countries at the level of foreign ministers, and possibly the most important one given the recent geopolitical shifts and complications in the region.

India took over the chair of the RIC after the last Moscow trilateral held in September. Hence India’s external affairs minister S Jaishankar chaired this meet. His Chinese counterpart Wang Yi and Russian Foreign Minister Sergey Lavrov attended the meeting. Together, the representatives of the three nations tackled issues such as: recent changes in the international balance of power, tilt towards multipolarity, the Afghanistan situation, terrorism, drug-trafficking, Trans-border organised crime, humanitarian assistance to Afghan people and support for a home-grown, democratic, peaceful and egalitarian government in Afghanistan. Other topics that found a place in the meeting were; the volatile situation in Myanmar and India’s growing role in International politics and within the United Nations.

External Affairs Minister and chairman of the meet, S Jaishankar reiterated India’s commitment to dialogue and unhindered cooperation among the three largest nations in Eurasia. He pointed out that the current global pandemic had “highlighted the importance of interdependence of an interconnected world.” RIC countries need to coordinate their approaches to deal with imminent threats such as terrorism, radicalisation and drug trafficking. The countries also need to join forces to be able to extend humanitarian assistance to the people of Afghanistan without any hindrance and politicisation, he said.

Speaking of assistance to Afghanistan, Jaishankar spoke of India’s concerns about the recent developments in Afghanistan, and the sufferings of the Afghan people. As a longtime partner and a contiguous neighbour of Afghanistan, India is evidently concerned. India has offered to supply 50,000 MT of wheat to Afghanistan to address its drought situation. He also spoke of providing equitable and affordable access to medicines and critical health supplies to the Afghans. “Co-operation in areas like trade, investment, healthcare, education, science and technology and politics could significantly contribute to global growth, peace and stability,” he observed.

On International Peace and Stability:

In a joint statement issued after the talks the three foreign ministers reiterated that “a multi-polar and rebalanced world based on sovereign equality of nations, respect for international law and reflecting contemporary realities requires strengthening and reforming of the multilateral system.” They acknowledged that the current interconnected international challenges should be addressed through reinvigorated and reformed multilateral systems, especially of the UN, its principal organs, and institutions such as the IMF, World Bank, World Trade Organization and World Health Organization, so as to effectively address the diverse challenges of our time.

The ministers called for immediate and unhindered humanitarian assistance to be provided to the crisis-torn and drought-stricken nation. They reaffirmed support for an “Afghan-led and Afghan-owned” peace and called for the formation of a “truly inclusive government,” that would be representative of all major ethnic and political groups of the country.

The ministers’ joint statement advocated the creation of a peaceful, secure, united, sovereign, stable, prosperous and inclusive Afghanistan that co-exists in harmony with its neighbours. It recognised the Afghan people’s desire for lasting peace.

On Terrorism, Drug-trafficking and Trans-border Crime:

Stressing further on internal and international peace, the joint statement stressed that “no Afghan group or individual should support terrorists operating on the territory of any other country.” It called for the early adoption of the United Nations Comprehensive Convention on International Terrorism, and the necessity of “urgent elimination” of UN Security Council proscribed terrorist groups such as al Qaeda, ISIL and others. Those committing, orchestrating, inciting or supporting, financing terrorist acts must be held accountable and brought to justice in accordance with existing international commitments on countering terrorism. Terrorists must be brought to justice under the principle “extradite or prosecute.” Activities such as terrorism, illicit drug trafficking and trans-border organised crime must be jointly countered under the framework of SCO-Regional Anti-Terrorist Structure.

The foreign ministers of RIC expressed their strong commitment to the political independence, territorial integrity, unity and sovereignty of Myanmar. The nation has long been victim to its own internal instabilities and allegations of communal persecution.

The RIC countries expressed support to the efforts of the Association of Southeast Asian Nations (ASEAN) to implement its five-point consensus in cooperation with Myanmar. The ministers called on all sides (in Myanmar) to refrain from violence.

The foreign ministers of Russia and China also congratulated India for its recent successful presidency  of the UN Security Council in August.