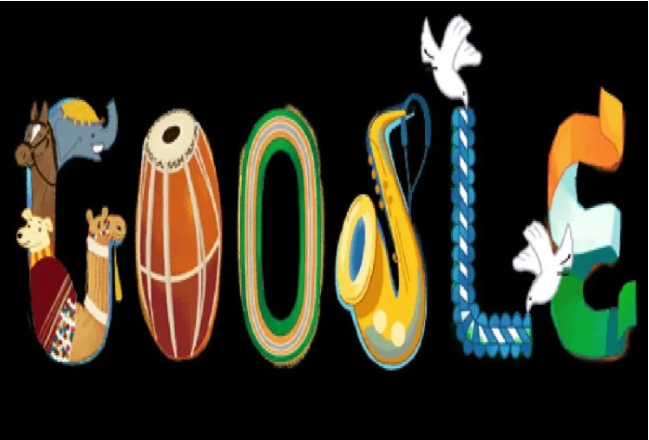 On the occasion of India’s Republic Day, Google India has presented a glimpse of the country’s rich culture and heritage in the form of a doodle on its home page. Scenes of the country’s speciality have been depicted along with various aspects of the tricolour and parade from Rajpath.

The country got independence on 15 August 1947, but the rise as a powerful Republic took place on this day when the Constitution of the country came into force on 26 January 1950. This day is also marked as the anniversary of the declaration of Poorna Swaraj by the Indian National Congress in 1929.

Google India has included every element of the special parade on Rajpath such as horse, elephant, camel in the doodle made on its home page.

The doodle also includes a Rajpath, tabla, a saxophone as part of a camel-mounted band, It also shows a dove that symbolises peace and the tricolour of the national flag.

Republic Day celebrations last for three days. However, it will start with Parakram Divas on 23 January from this year, the birth anniversary of Netaji Subhas Chandra Bose.

Today on 26 January, the strength of the country was demonstrated with a spectacular parade on the Rajpath. Tableaux of many states were also displayed in the parade. Top personalities of the country including President Ram Nath Kovind, Prime Minister Narendra Modi were also present on this occasion.

Before starting the parade, Prime Minister Narendra Modi paid tribute to the brave martyrs of the country by visiting the National War Memorial. President Ram Nath Kovind unfurled the tricolour at the Red Fort, followed by the national anthem and a 21-gun salute. Due to the Corona pandemic, special arrangements have been made during the parade.