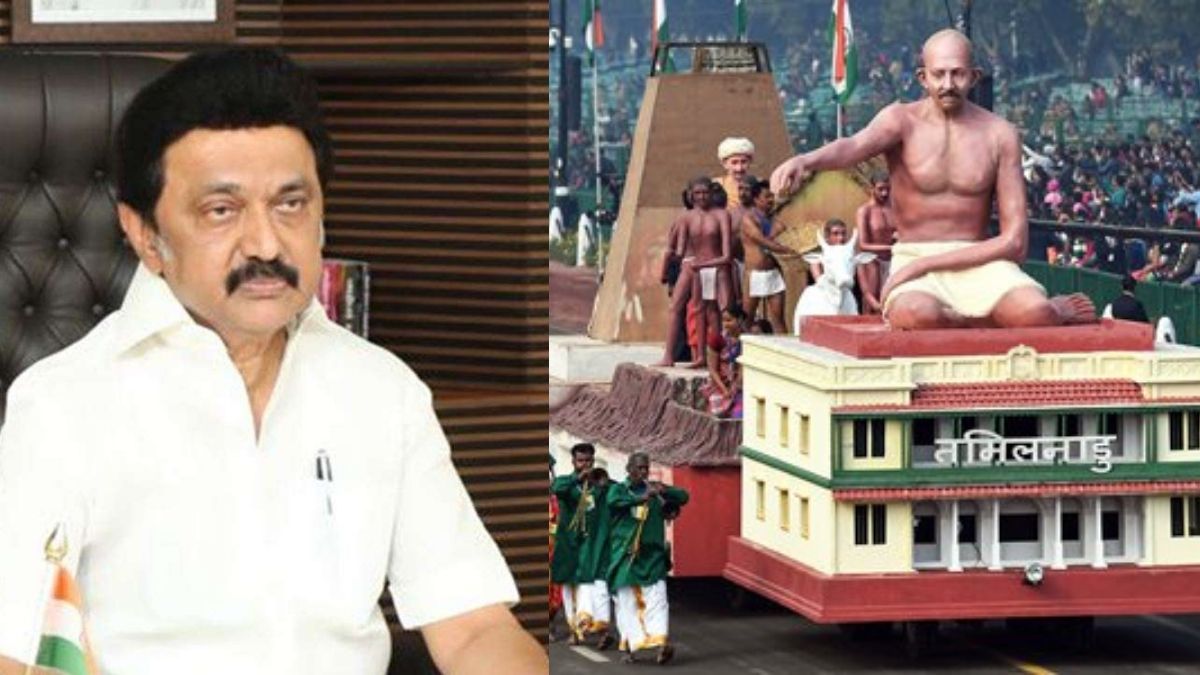 Tamil Nadu chief minister MK Stalin has expressed displeasure over the state’s tableau not being included in the Republic Day parade. In a letter to Prime Minister Narendra Modi on Monday, he said that excluding Tamil Nadu from the tableau parade will hurt the sentiments of the people of the state. At the same time, their patriotic feelings will be deeply hurt. He had demanded immediate intervention of the PM Modi in this matter.

Union defence minister Rajnath Singh has given his stand, in response to the letter.

“The tableau of Tamil Nadu was included in the first three rounds of the expert committee meetings,” he said. But the state could not make it to the final list for the 12 tableaux selected for Republic Day 2022.

Tableau proposals received from various States, UTs, Central ministries and departments are evaluated in a series of meetings of the expert committee constituting eminent persons in the field of art, culture, painting, sculpture, music, architecture, choreography among others. The Expert Committee examines the proposals on the basis of theme, concept and design.

The Shortlisting Of Tableaux Is Done By The Expert Committee

In the responding letter, the Union minister further wrote according to the time slot allotted in the overall duration of the parade, the tableaux are shortlisted by the expert committee. For the Republic Day Parade 2022, a total of 29 proposals were received from States and UTs including the proposal from Tamil Nadu.

The tableau of Tamil Nadu was included in the first three rounds of meetings. Singh said that the selection of tableau is done as per the guidelines laid down in the case.

Tableau Of West Bengal Also Rejected From The Centre

Significantly, the Centre has also rejected the tableau of West Bengal for the Republic Day parade. After which, chief minister Mamta Banerjee has written to the Prime Minister urging him to reconsider his decision. Earlier on Sunday, Mamata Banerjee wrote to Prime Minister Narendra Modi over the rejection of West Bengal’s proposed tableau for the upcoming Republic Day parade and requested to include it.