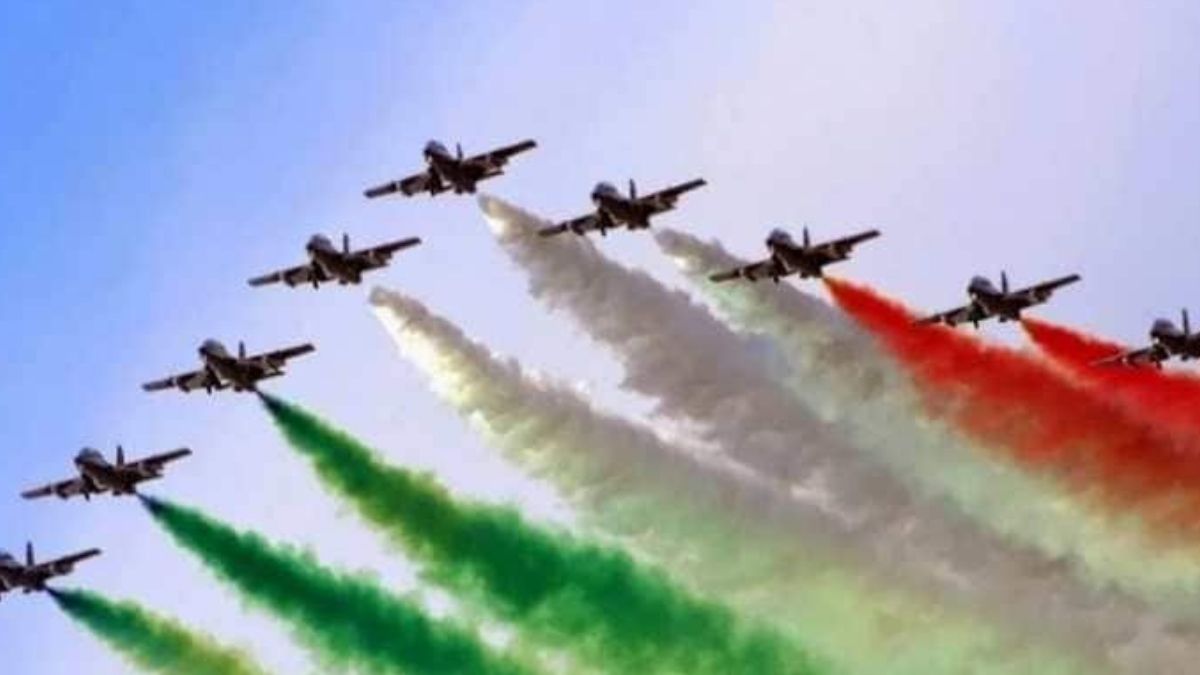 The whole country is immersed in the celebration of 73rd Republic Day today. On this occasion, the world saw India’s power at the Rajpath. The Air Force planes showed amazing feats.

As many as 75 planes did flypast on the occasion of Republic Day. These aircraft including Rafale, Jaguar, MiG-29, Sukhoi, Sarang, Apache showed amazing feats in the air. The jets displayed many structures in the sky besides Rudra, Baaz, Amrit and Vinash.

For the first time, great pictures were also taken from the cockpit of the aircraft. These were streamed live. Indian Army aircraft doing feats in the sky were giving a different feeling.

The transport aircraft of the Air Force C-130J Super Hercules was also seen. Cameras were installed in the cockpits of these aircraft, from which, pictures of the rest of the aircraft flying in the sky were taken.