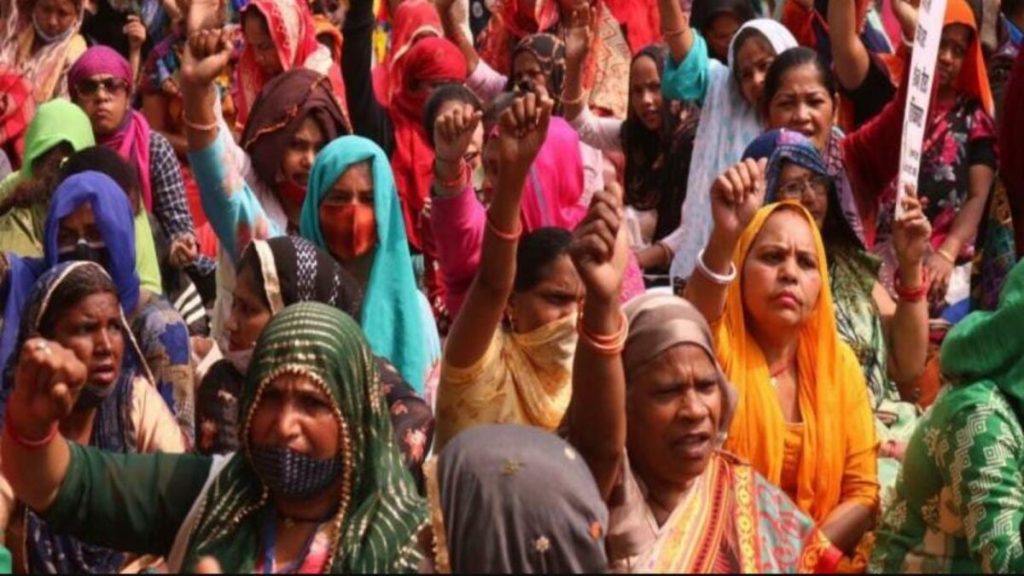 The anti-worker labour codes continue with a determined strike by the Central government on workers’ rights. More than 250 Anganwadi helpers and workers assembled at Jantar Mantar and performed sit-in protests. The Anganwadi workers do not come to these labour laws, but when we fight for our regularisation, we seek these same rights.

The Delhi State Anganwadi Workers and Helpers Union (DSAWHU) presented a protest at Jantar Mantar on 2nd July against the termination of some workers and helpers and the new labour codes.

Activists of Bigul Mazdoor Data, Disha Student Organisation and the All India Forum for Right to Education (ARTE) also followed the protest. 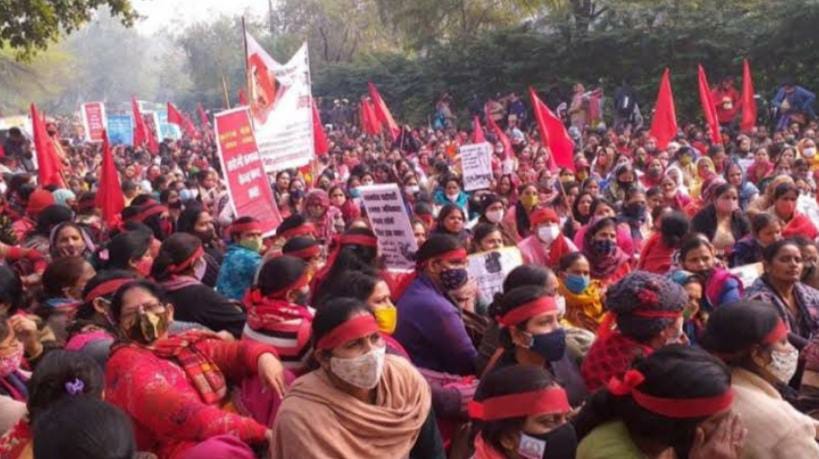 DSAWHU has claimed that 883 Anganwadi workers have been issued termination notices. The Delhi government issued 11,942 show-cause notices for participating in a 39-day strike to demand an increase in honorarium and bring in good working hours.

They demand the termination of all employees, and helpers must be withdrawn completely. The government should stop exploiting the terminated workers…before the matter is resolved before Delhi High Court,” DSAWHU member Vrishali Shruti told PTI. 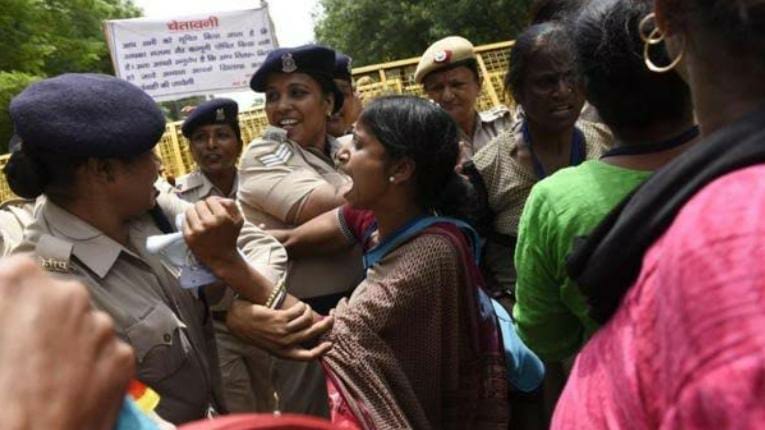 Shruti said that they demand that all the dues of the Anganwadi workers and helpers up to April must be paid and that money owing to the terminated workers must be cleared without any hurdles.

The four labour codes are yet another bonus to the capitalists. The anti-worker labour codes continue with the central government’s unabated attack on workers’ rights.

“The Anganwadi workers do not come to these labour laws, but when we fight for regularisation, we seek these same rights. Any attack on labour laws is an attack on our right to unionise,” Shruti said. Another protesting Anganwadi worker, Priyambada, said their terminated workers and helpers should be reinstated as soon as possible. “We have two primary demands: our terminated workers must be reinstated at the earliest, and the government must clear all their dues,” she said.

This strike was discarded after the then Delhi Lieutenant Governor Anil Baijal invoked the Essential Services Maintenance Act (ESMA) against the workers.