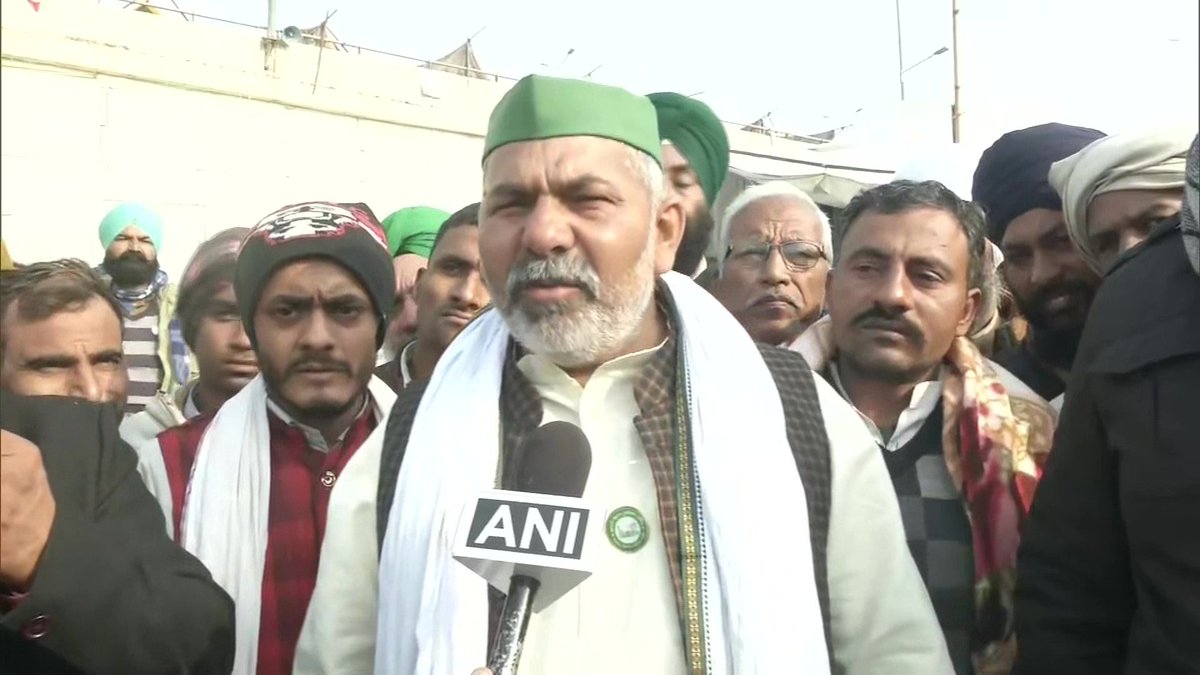 RAKESH TIKAIT THE INFLUENCER OF AND IN UP

The first phase of Assembly polls in west UP has kicked off for 58 seats. Popularly known as the sugarcane belt or the Jat belt of UP. This belt homes the most iconic and popular face of the farmers’ protest, Rakesh Tikait, the leader of BKU. He was the man who changed the face of the protest at the Delhi border post the Republic Day Mishap in 2021.

The agitation saw him emerging as a leader of the masses who spoke against the three farm laws. Tikait holds a very firm ground throughout the state, thanks to his legacy of farm leaders. He also gained popularity in Haryana and Punjab. Though the farmer’s protest has been called off on December 19, 2021, after PM Modi scrapped the three laws.

Tikait clearly spoke about the issues of farmers and the impact of farm laws. He stands clear that Yogi and Modi Sarkar have betrayed not only farmers but the whole nation.

“We voted for BJP and it was a big mistake,” he said while informing people not to repeat their mistakes.

He further condemned the BJP government for its undemocratic functioning and the way the party is interfering with constitutional agencies.

The farmer leader seems to be bent toward the RLD-SP alliance. RLD party is the party formed by the Jat leader Late. Ch. Ajit Singh. The current chief of the party is Jayant Chaudhary.

Rakesh Tikait : An Unparalleled Phenomenon In UP

On Jan 31, 2022, the farmers sent a clear message to the BJP and its supporters by observing “Betrayal Day” as the Centre fails to fulfil its promises. Tikait clarified that votes will be cast for those who talk about the issues of the state and nation. “We will not allow polarization this time on the basis of religious issues,” he said.

For one long year, BKU leader sat on the borders of Delhi protesting against the three farm laws in Agriculture sector. During this time, he did many Mahapanchayats across the country. But the main focus was on UP, Haryana and Punjab. Thousands of people gathered to listen to him and other farmer leaders. His Mahapanchayat in Muzaffarnagar assembled at least 15-20 lakh people as per reports. There he set the cord more united and firm by calling out the slogan of “Allah hu Akbar and Jai Shri Ram” together. He admitted that what happened in Muzaffarnagar was a mistake but not anymore.

“The Centre wants to engulf the farming and hand over it to co-operate sectors,” he said. He criticized both Yogi Ji and Modi Ji for their policies in the farming sector. He said, “We want MSP but they are increasing electricity, pesticides, diesel prices every day. Farmers died in the pandemic protesting but our PM has no time to mourn for them. We have been called Pakistanis, Aatankwadi, Talibaani, Dalaals etc by the BJP and its representatives. Thousands of cases have been filed against the farmers in UP only. SKM )Sanyukt Kisan Morcha) has said officially on record “NO VOTE TO BJP.”

There is no doubt that the BKU leader Rakesh Tikait is one of the driving forces in the western UP polls. But will this force consolidate into votes too?

The BKU leader along with SKM is on a mission to defeat BJP. It will be interesting to see how things unfold in the state as results are declared on March 10. The first two phases have maximum influence on the polls as all political parties are trying to please farmers through their manifestos keeping them in the spotlight.