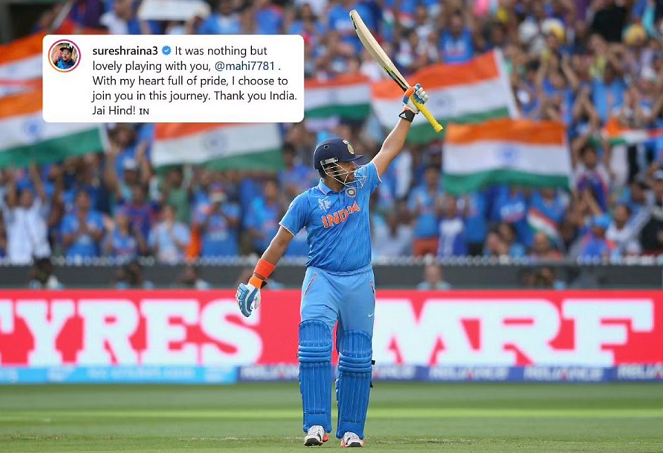 Suresh Raina has announced his retirement from all forms of cricket. Now he will not be seen even playing IPL and domestic cricket. Suresh Raina said goodbye to international cricket along with Mahendra Singh Dhoni on 15 August 2020. His performance in IPL was very disappointing. And he did not find any buyer in the mega auction of IPL 2022. Now he has also said goodbye to IPL and domestic cricket. Suresh is one of the most successful batsmen of IPL and he was also known as Mr. IPL. However, later his form deteriorated further and Raina was seen struggling in this tournament as well. 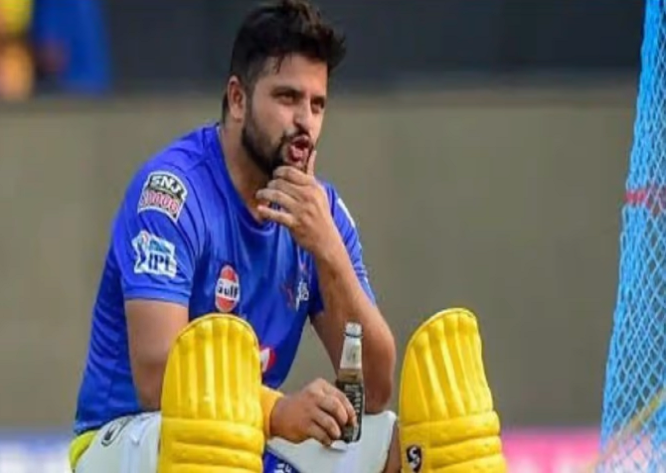 Raina gave information about his retirement on social media. While informing he tweeted, “It is a matter of pride for me to represent my country and my state Uttar Pradesh. I would like to announce my retirement from all forms of cricket now onwards. I wish to BCCI, Uttar Pradesh Cricket Association and Chennai Super Kings, Rajeev Shukla Sir and I would like to say thank you to all my fans.” 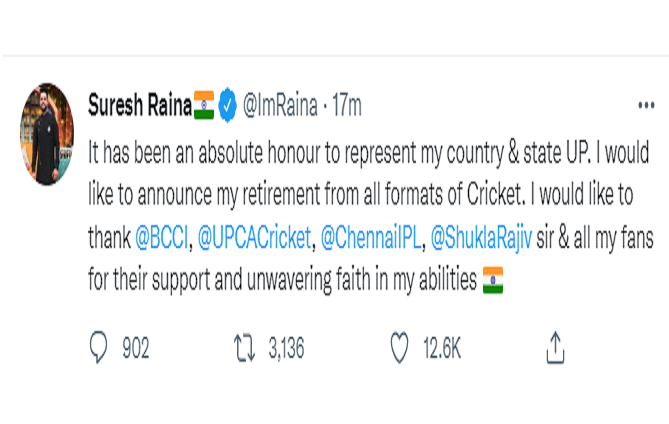 Chennai Super Kings CEO Kashi Viswanathan has also congratulated him after his retirement from IPL. He wrote, “Suresh told us two days ago about his decision that he is leaving IPL. We respect his decision. Wish him all the best. He is an integral part of Chennai and for 10 years. He have done a lot for Chennai.” The Chennai team also wished Raina, writing “Who was there when the glory was inscribed in history! He made it happen! Thanks for everything, Chinna Thala.” 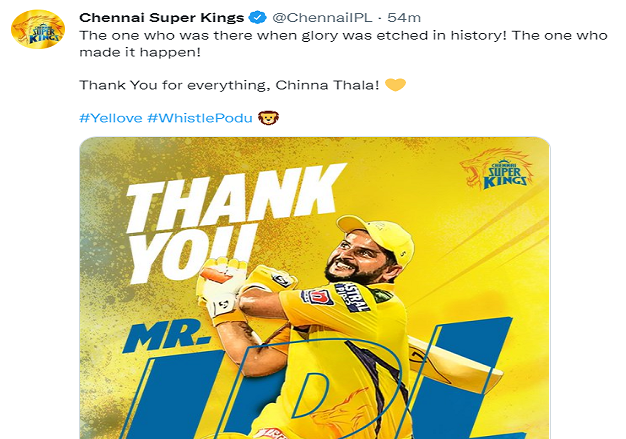 Suresh said goodbye to international cricket along with his favorite captain Mahendra Singh Dhoni. Raina had given many reasons behind this. Talking to a media organization, he said – “We had already made a plan to retire on August 15. Dhoni’s jersey number is 7 and mine jersey number is 3. Combine this to make 73. On August 15, 2020, India completed 73 years of its independence. So there couldn’t have been a better day for our retirement”.

Raina had said – ” M S Dhoni started his career on 23 December in 2004 against Bangladesh in Chittagong, while I made my debut on 30 July in the year 2005 against Sri Lanka. We both started our career almost together in international cricket, stayed together at CSK and so now we retire together”.