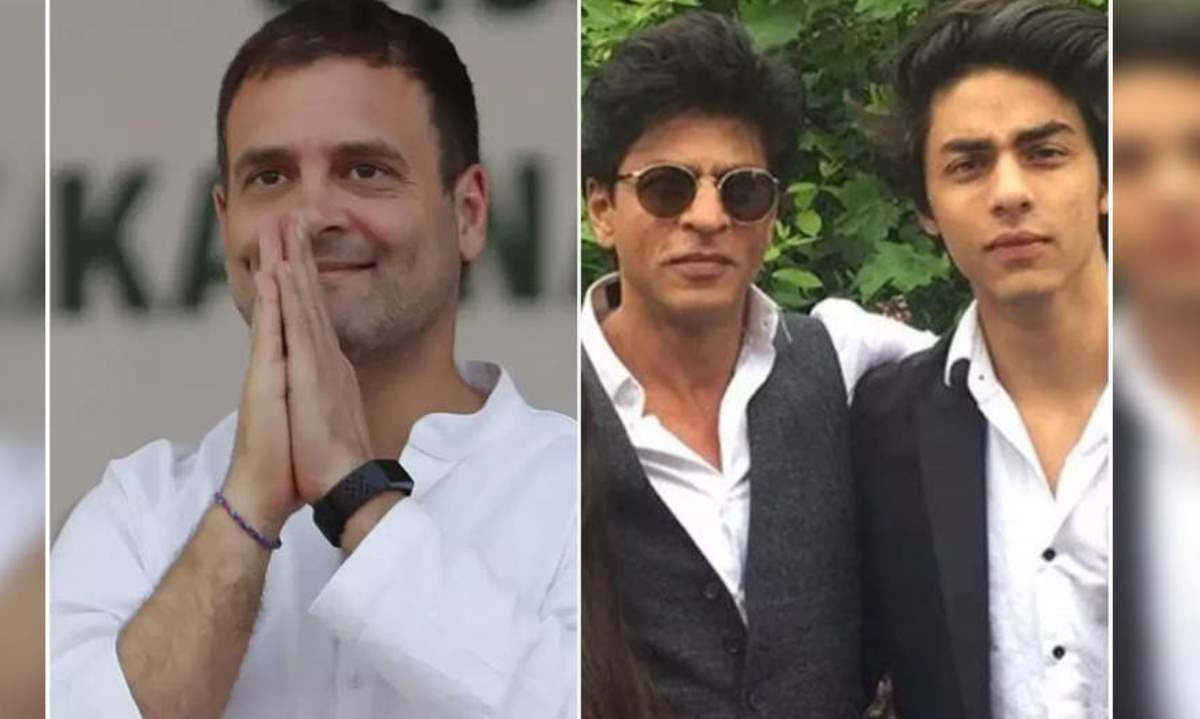 It is noted that a letter was written by Congress leader Rahul Gandhi to popular Bollywood actor Shah Rukh Khan. It is estimated that he offered his support and condolences to the family when Aryan, the eldest son of the family was arrested on charges of the drugs-on-cruise case. He served more than 20 days in the Arthur Road Jail, Mumbai. According to the people aware of the development, the letter constitutes of paragraphs such as “I know that you are compassionate and created goodwill in the community. That’s why I can see widespread support for your family.” The letter was dated October 13 and the arrest was made on 3rd October by Narcotics Control Bureau.

Rahul Gandhi has been really active on social media for the past few days and also extended his support to Virat Kohli when his nine-month-old daughter was receiving rape threats online after his defeat against Pakistan on 23rd October.

“Dear Virat, These people are filled with hate because nobody gives them any love. Forgive them. Protect the team,” Mr. Gandhi tweeted.

Talking about Aryan Khan, the young lad had suffered for being invited to the cruise where drugs were consumed. Shah Rukh Khan had been seen stressed and struggling for the release of his son. Samville D’Souza, whose name was also doing rounds in connection with the pay-off allegations in the drugs-on-cruise case. D’Souza made a claim that Kiran Gosavi, had taken 50 lakhs rupees from SRK’s manager for the release of Aryan. The whole amount was returned to Shah Rukhs after the arrest on October 3rd. D’Souza also informed that Aryan’s blood had no trace of drugs in it.

“Kiran Gosavi revealed that Aryan Khan had no drug in his possession and he was innocent. Kiran Gosavi convinced me that he could help Aryan Khan get relief and asked me to connect with Pooja Dadlani,” the application said.

After the release of Aryan, the bungalow of SRK was decorated for his arrival and some of the fans celebrated the event with fireworks and posts.