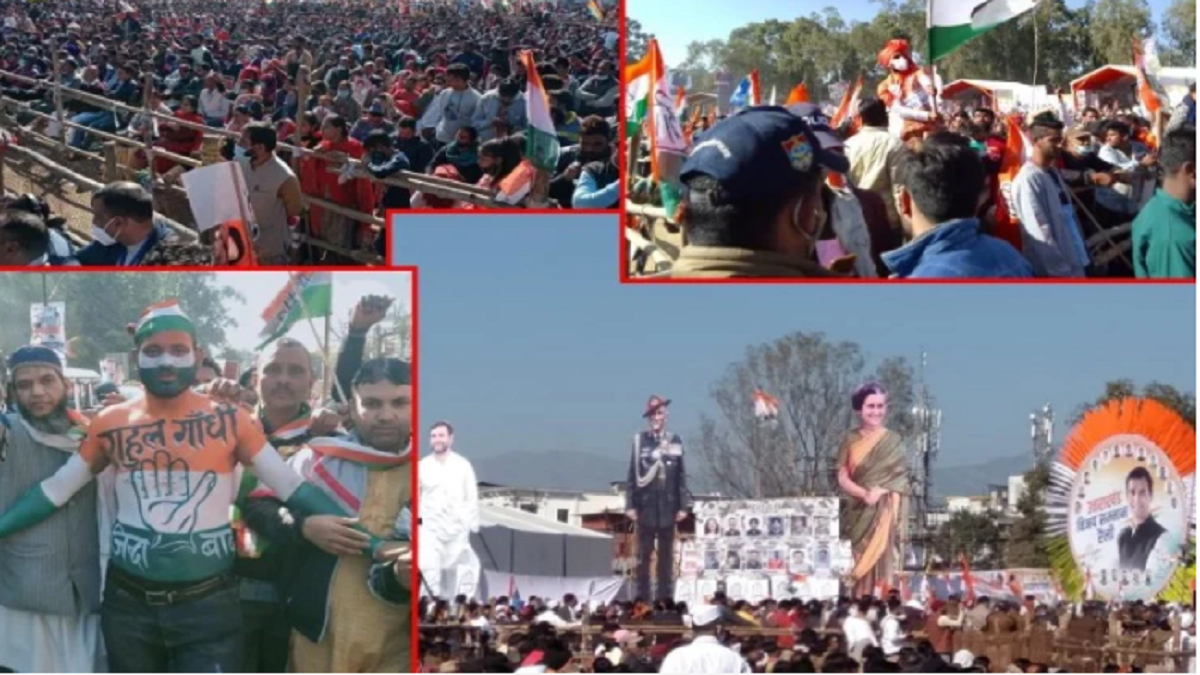 Former Congress President and Wayanad MP Rahul Gandhi reached Dehradun on Thursday. Here he concocted the election campaign while addressing the Vijay Samman rally. Before addressing the rally, the Congress leader honored the brave sons of 1971 war present on the stage with shawls and emblems. After this, Rahul said that he and Uttarakhand have a relationship of sacrifice. My father and grandmother gave their blood for this country.

Similarly, thousands of families of Uttarakhand have made sacrifices for the motherland. This thing will not be understood by those people whose families have not made such sacrifices. Rahul said that today the country is being divided, it is being weakened. One brother is being fought with another brother. The whole government is being run for two-three capitalists. Three agricultural laws were introduced to weaken the farmers. The farmers stood for a year after which the PM apologized and the law was withdrawn.

He said that the government waived the loans of two-three capitalists by taking money out of your pocket. As long as there is Narendra Modi government in Delhi, youth cannot get employment. Rahul said that if our government is formed in Uttarakhand, inflation will be reduced and opportunities will be created to give employment to the youth.

In the rally organized in Dehradun, the capital of Uttarakhand, Rahul Gandhi’s focus remained on sacrifice, unemployment, inflation and capitalists. He did not target the BJP leaders of Uttarakhand. Rather took a dig at Prime Minister Narendra Modi.

At the same time, Congress was claiming to have gathered a crowd of more than fifty thousand people in this rally and a good crowd was also seen in this rally organized on Thursday. Now it has to be seen that in these elections the politics of Uttarakhand takes some other turn.

Rahul Gandhi, who reached Dehradun to launch the Congress’s election campaign from Vijay Samman rally, attacked the central government fiercely. Former Chief Minister Harish Rawat reached the parade ground in the respect rally with traditional drums and drums. During this, his supporters also stayed with him.

Along with this, hoardings have also been put up paying tribute to all the soldiers, officers and wife of General Rawat, who were martyred in the helicopter crash in Tamil Nadu. Ex-servicemen were placed on the stage. At the same time, from 12 noon, people started gathering for the rally. In the rally, women from Kapkot assembly arrived in their traditional dress. The artists arrived in the parade ground wearing traditional clothes.

At the same time, crowds of people started gathering for this rally from 12 noon. Rahul Gandhi reached Jolly Grant airport at 1 pm. Congress leader Rahul Gandhi was welcomed at the airport by MP Pradeep Tamta and other office bearers. From here he reached the rally site by helicopter. In this rally, the kin of ex-servicemen and martyr soldiers were honored with Priyadarshini Military Award.