Congress leader Rahul Gandhi, speaking at the party’s brainstorming session, had made a comment on the regional political parties “lacking an ideology” in resisting the onslaught of RSS. Responding to the remark, Congress’ regional allies have shown disappointment and took a jibe at Rahul Gandhi. 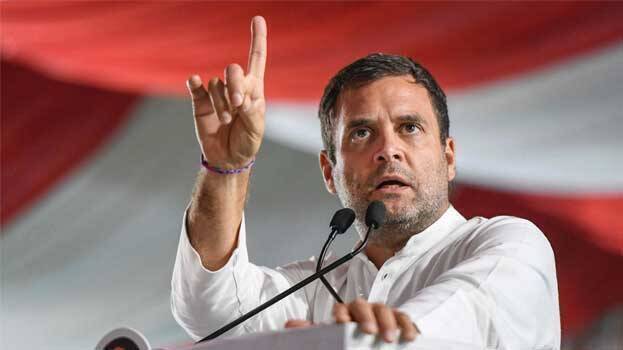 “It is Rahul Gandhi’s self-assessment and he is entitled to his opinion, but who gave him the authority to comment on ideology? How are we running the party without any ideology?” said Congress’ ally in Jharkhand, JMM. The party’s spokesperson Supriyo Bhattacharya said Congress is dependent on regional parties for a fight or win against BJP.

Another Congress ally in Bihar, RJD, called Rahul Gandhi’s remark “unfortunate”. Manoj Jha, RJD MP, said the former Congress president would have realised “the ideological and electoral commitment that is brought by such regional outfits (during poll fights against BJP), which he said do not have the capacity”.

CPI(M) is also among other allies said that it is Congress that is experiencing ideological crisis and playing “soft Hindutva”. The party was unable to take on the challenges posed by BJP.

“Compared to the past, the Congress today has been considerably weakened. And many in the BJP and the RSS do not see the Congress as a major threat. Because, any of its leaders, at any point in time, can leave the party to join the BJP,” said CPM general secretary Sitaram Yechury.

On the other hand, other parties that have fought against BJP and won, including TMC and AAP, have come forward with sharp criticism. “The BJP has not been able to defeat M K Stalin (Tamil Nadu), Mamata Banerjee (West Bengal), or for that matter, YS Jagan Mohan Reddy (Andhra Pradesh), to name a few. In that sense, the BJP is happy to have Congress as a national party. The reality is, the Congress is unable to defeat the BJP,” said TMC Rajya Sabha MP Sushmita Dev.

The Aam Aadmi Party asked how amid such infighting, Congress thought being in a position to fight communal forces.“Even in states like Madhya Pradesh, which voted the Congress to power, its candidates put themselves up for sale. The party has no presence in major states like UP and Tamil Nadu. And what is national and regional? For years, the Congress has been a junior partner to parties like the SP, DMK,” said AAP Rajya Sabha MP Sanjay Singh.