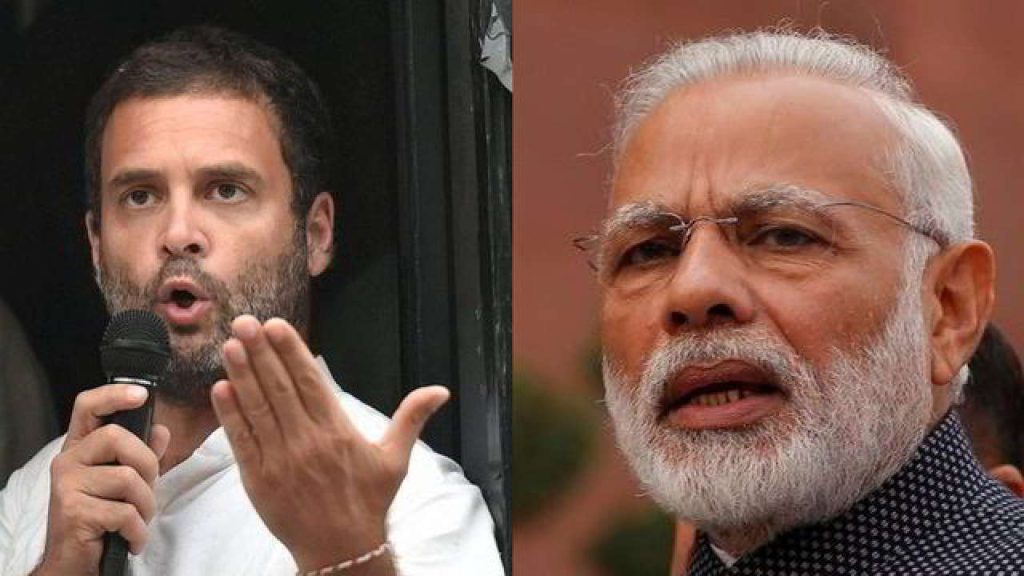 Rahul Gandhi, via his tweet, raises questions about the truthfulness of the death numbers provided by the Modi government. He said that the official numbers are too misleading as the aim of the Modi government is to hide the reality from the public. 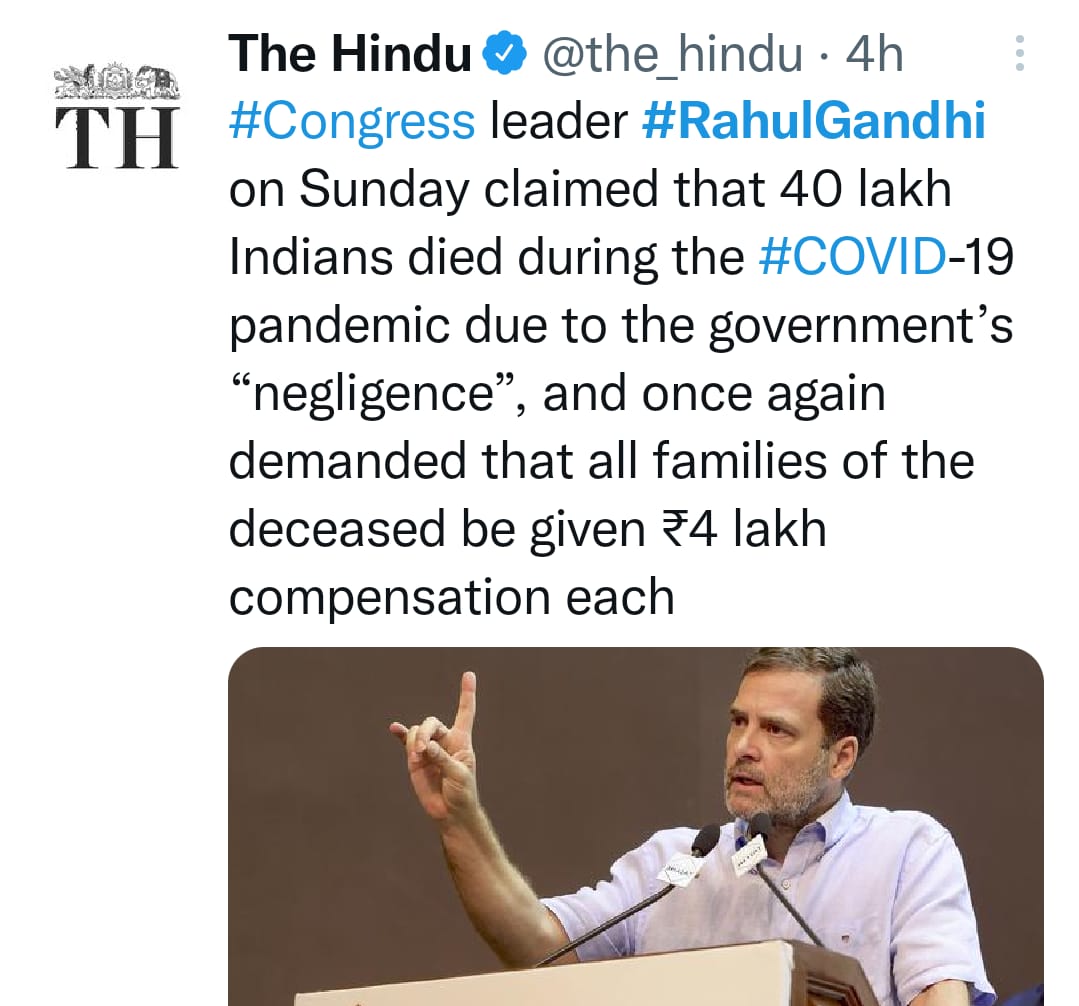 He also adds that as per New York Times, around 4 million people dies in India in the pandemic. Whereas, as per the government data now the total number of Covid death is about 5.3 lakh. 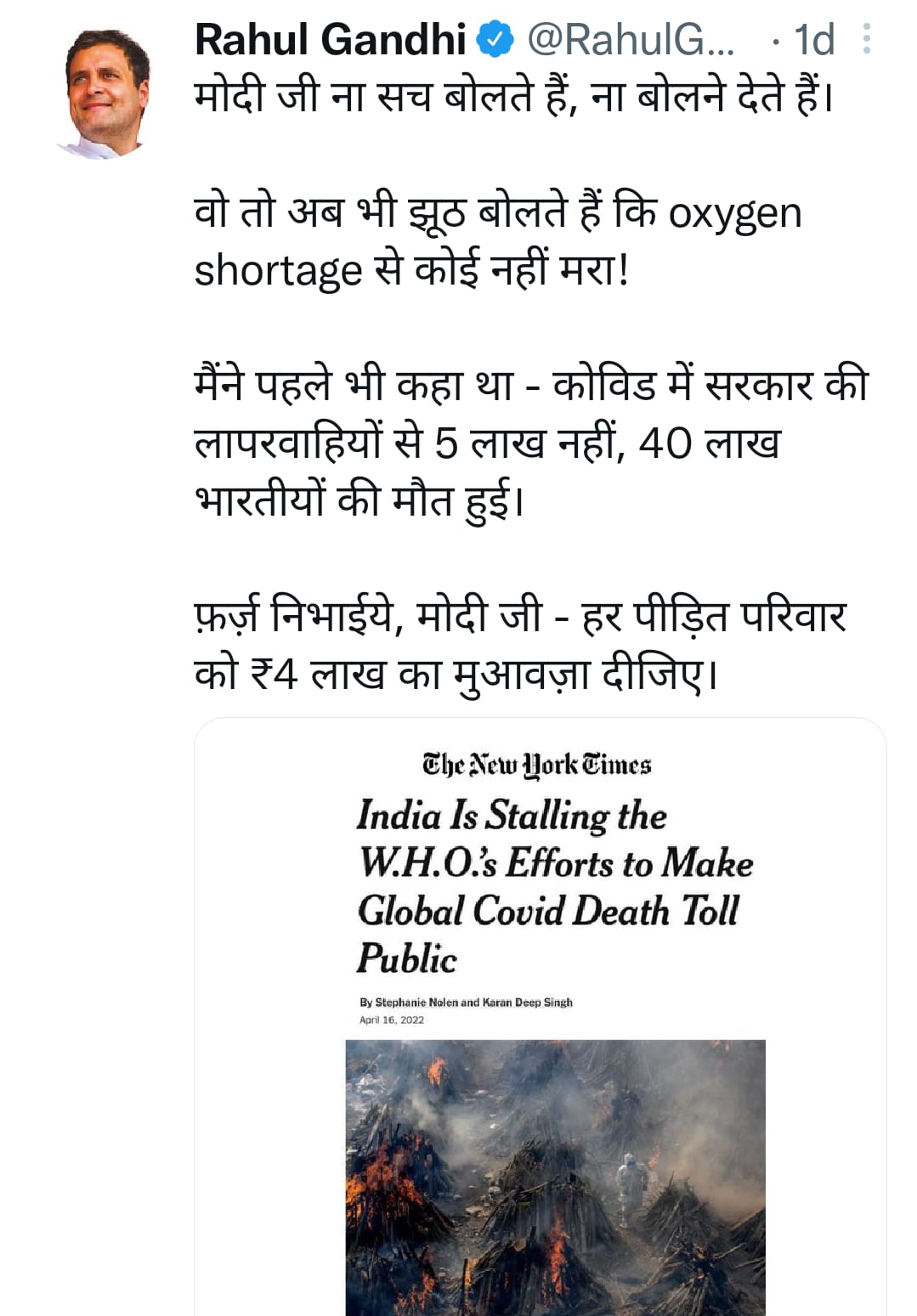 Rahul Gandhi wrote on his Twitter timeline “Modi Ji neither speaks the truth nor lets others speak. He still lies that no one died due to oxygen shortage !”. He adds that due to the Central government’s negligence, not 5 lakh but 40 lakh people die in India. Along with that, he adds that the “Modi government should give compensation of Rs. 4 lakh to the family of the victims.”

Why Difference Of Death Numbers Exists?

The difference between the actual number and recorded death may vary as India has a huge population of over 140 crores. As per New York Times report titled “India is Stalling WHO’s efforts to make global covid death toll public”. According to the report, the WHO estimation of covid deaths has 8 times the death reported by the Indian government.

It is not new that the data efficacy is not 100% correct. Especially during elections, it is seen that data is altered for political benefits. Many states have added backlogs of the covid death like Gujarat, Bihar, Delhi etc. As per sources, even the testing in BJP ruled states were altered in order to maintain the numbers in a particular bracket. 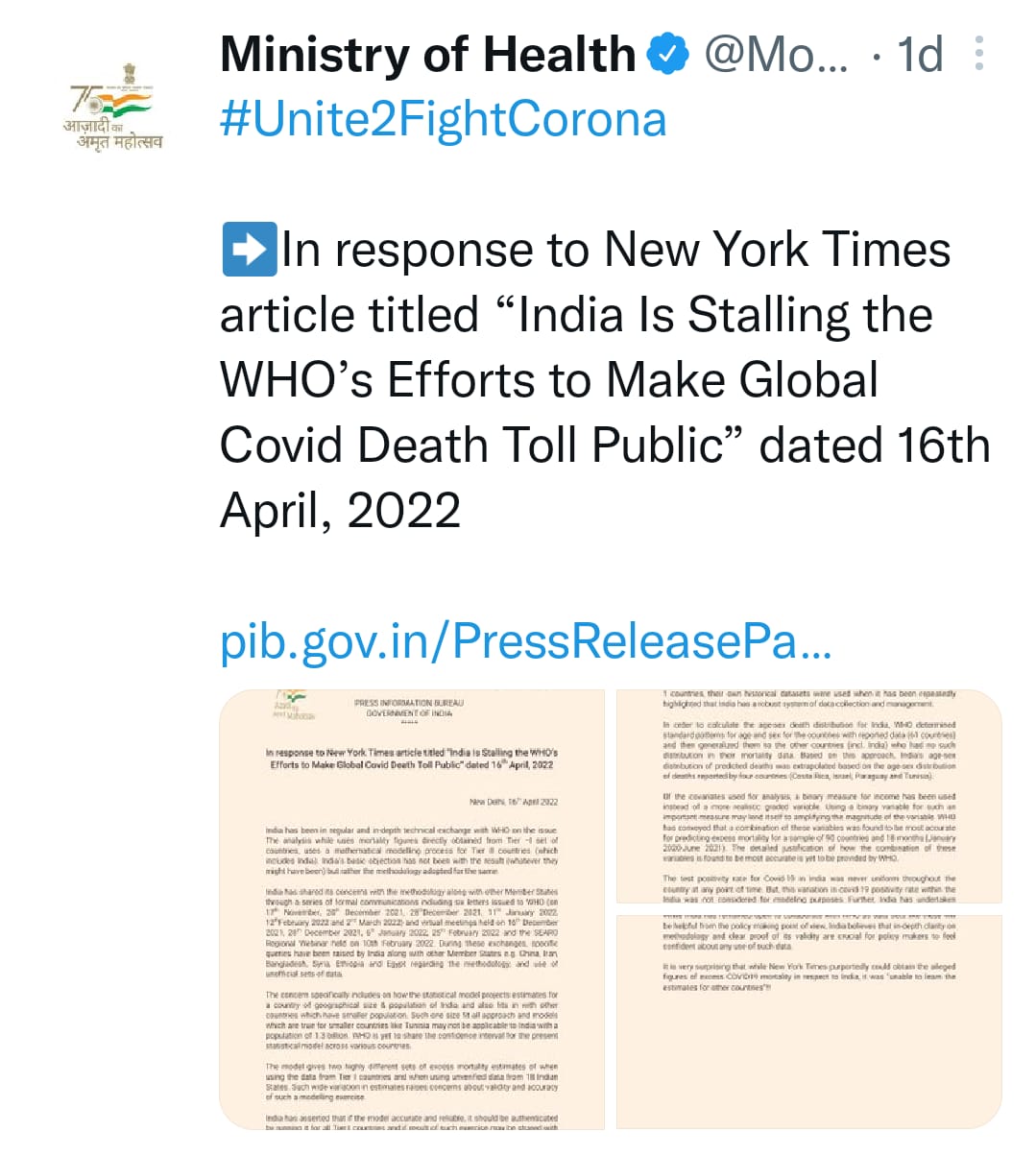 Whereas answering back on the NY Times report, the Ministry of Health and Family welfare releases an official statement. In which it says that Indian government has questioned and objected to the method for the assessment of Covid deaths by the WHO. It also says that the same method is not useful for measuring death rate for a country like India and other small countries with a small population.

It is true that we have lost many lives due to the pandemic but as the representative of the people, the government is answerable. Be it the statement like in the parliament by the centre government that “No one died due to lack of Oxygen” or ” No data is present for the dead bodies floating in Ganga river during the pandemic”.

Not taking decisions for vaccination onset for the general public till the time cases rose to massive numbers. All such examples shows that there is a possibility that the reporting done by the NY Times is based on such issues and other official inputs collected by WHO.