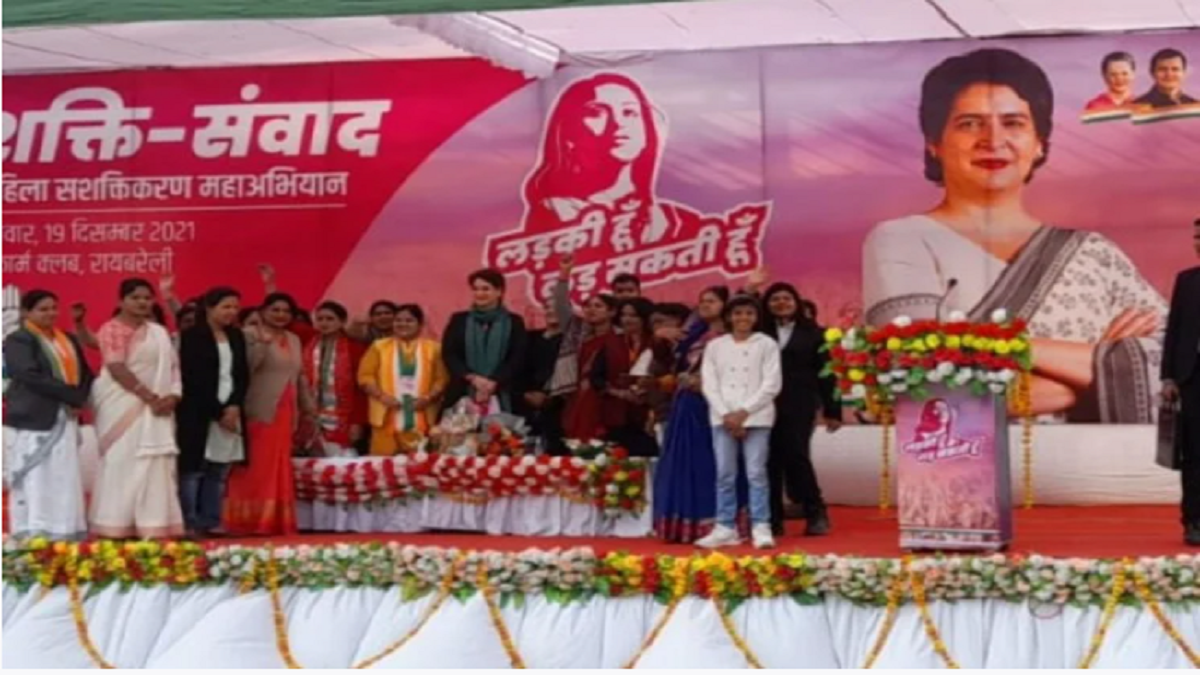 Congress General Secretary Priyanka Gandhi’s slogan ‘Main ladki hoon, I can fight’ has become a hit. Not only it is discussed in political parties, but common people are also humming it by giving it the form of a song. On social media, girls are making videos by adding this to short video apps like Instagram Reels, Takatak, and Chingari.

There have been more than seven thousand posts related to this on Instagram alone. Some user has even created an Insta account with the name ‘Main Ladki hoon, I can fight’. More than 700 people have joined it. Similarly, on Twitter and Facebook, a large number of girls are sharing this song by making videos.

Women and girls of all classes are making videos related to this. Instagram user Yamini Verma has shared the video on this song. Along with this, Yamini has written in a post, ‘I am unmatched for myself as I am’.

Similarly, a user named “It’s Me Kavita” has made a video on this song while teaching children. A user named Nishant Agarwal has shared a video of his two daughters. In this, both the girls are seen humming this slogan of Priyanka Gandhi.

This slogan of Priyanka Gandhi was also mentioned by BJP State President Swatantra Dev Singh on Tuesday. In a tweet, she wrote, linking this slogan to the Prime Minister’s plans, ‘I am a girl… now I can read, move ahead and lead the world.’

Swatantra Dev Singh further wrote, “it is the result of the continuous efforts of Prime Minister Narendra Modi that today the sisters and daughters of our country are setting new records in every field by imbibing this slogan.”

During a rally held on Monday in Rae Bareli, Congress General Secretary Priyanka Gandhi said, “I have been meeting people ever since the party made me in charge. When the girl was raped and burnt in Unnao, I went to her house. The same thing happened in Hathras. The face was not even allowed to be seen. Wherever I went, I saw that the woman was tortured. When I was arrested, I fought a lot, two policemen fought with me too, but seeing them, I talked to them, then came to know that they are also being exploited because the salary is not given according to the number of hours she works. That’s why I can only explain to you by saying, ‘I am a girl and I can fight’. So all of you should also fight for your right.”