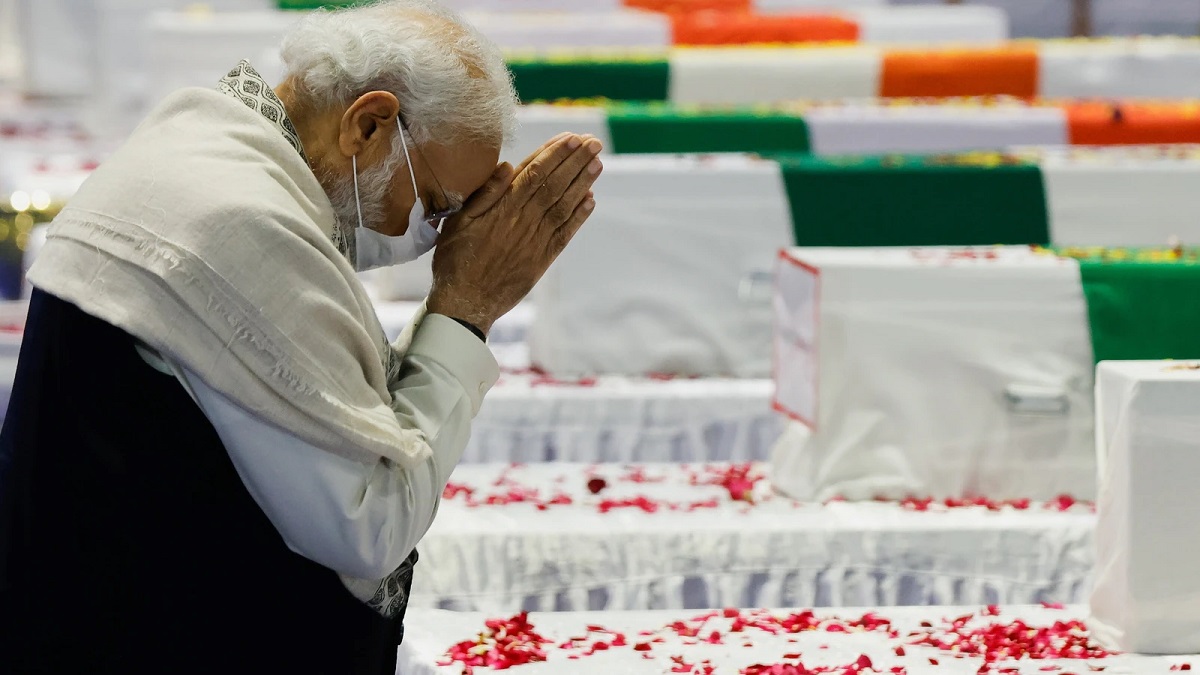 Prime Minister Narendra Modi on Saturday inaugurated the Saryu Canal Project in Balrampur. The farmers of nine districts including Gonda, Balrampur, Bahraich, Shravasti will benefit from this 808 km long canal scheme. This will benefit lakhs of farmers.

Meanwhile, for the first time in a public forum, Prime Minister Modi mentioned the Coonoor accident. He paid tribute to General Bipin Singh Rawat and the soldiers who died in the accident. He also wished the injured Group Captain Varun Singh good health.

The whole life of a soldier is like a warrior

The Prime Minister said, “Today from this land of nation builders and nation defenders, I am also paying homage to all the heroes of the country who died in a helicopter crash on December 8. The passing of the first Chief of Defense Staff of India, General Bipin Rawat, is a great loss for every India lover and every patriot. General Bipin Rawat was brave. The whole country is a witness to how hard he worked to make the country’s armies self-reliant.”

The Prime Minister further said, “A soldier is not a soldier only for the number of days he is in the army. His whole life is like a warrior. He is devoted every moment for discipline, pride and pride of the country.” The Prime Minister also mentioned a shloka from Shrimad Bhagavad Gita. Said, ‘Nainam chindanti sastrani nainam dahti pavakah, na chanam kledayantyapo na shosayati marutah.’ Meaning that the soul cannot be cut by weapons, nor can fire burn it. Neither water can soak it, nor wind can dry it.

Modi further said, “Where General Bipin Rawat will be, he will see his India moving forward with new resolutions in the coming days. The work of increasing the security of the country’s borders, the work of strengthening the border infrastructure, the campaign to make the country’s armies self-reliant, many works like making coordination between the three services will continue to progress rapidly.”

The Prime Minister said, “India is in misery, but even after suffering pain, we neither stop our pace nor our progress. India will not stop, India will not stop. We Indians will work harder together. Will face every challenge sitting within the country and outside the country. Will make India more powerful and prosperous.”

Prime Minister Modi wished good health to Varun Singh, the lone Group Captain who survived the Coonoor accident. Said, “Friends, Doctor is busy in saving the life of Group Captain Varun Singh, who lives in Deoria, is a son of UP. I pray to Maa Pateshwari to save her life. The nation is with Varun Singh ji today. We all are with the families of the heroes we have lost.”