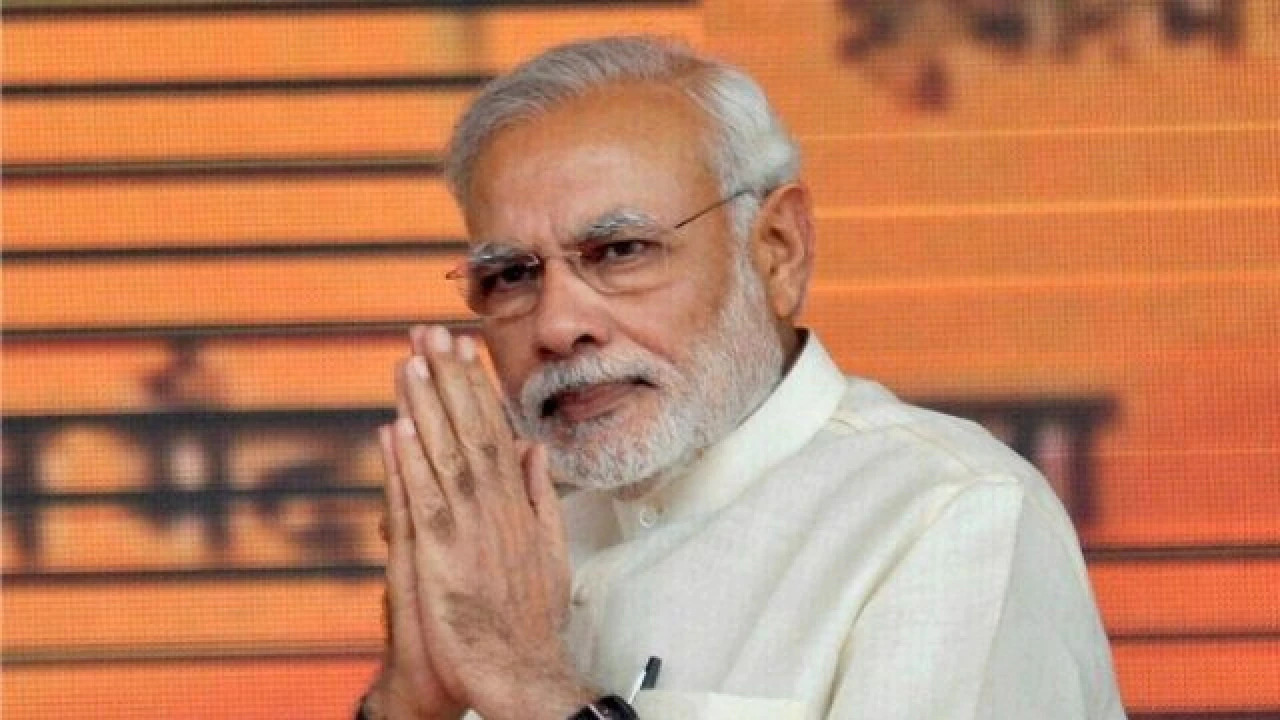 In a 30-sec video clip from the Hindu Mahasabha office, officials are seen taking PM Modi’s photograph from the wall. It was later replaced with Savarkar’s photograph.

PM Modi had barely finished his speech declaring the repeal of the controversial farm laws before the internet witnessed a large-scale meltdown from India’s angry and disillusioned right-wing. Many hardcore, longtime loyalists were seen criticising PM Modi for what they perceived to be an unpardonable sign of weakness in someone they considered a strong leader. Ranging from irate, to sad, to downright funny there was an entire range of emotions and outbursts on full and unrestrained display.

Somewhere in the midst of all that internet and social-media outburst galore, was a 30-sec video clip uploaded by the Hindu Mahasabha that has caught considerable attention. In that video clip, the office bearers of The Hindu Mahasabha are seen taking down the photograph of PM Modi. His photo was later replaced by Hindutva’s longstanding icon, Savarkar’s photograph. Taking this anger a few steps further, and down to the level of indignity was the national secretary of the organization Pooja Shakun Pandey. The lady took a dig at PM Modi for going back on his words in rather disgusting terms:

Equating the alleged duplicity of the PM’s words with his parentage, Pandey said that, “he who has more than one Word, has more than one Father.” She went on to add that the Prime Minister had compromised his principles to secure power.

This incident reveals how deeply the repeal of the controversial farm laws has cut into Modi’s primary support base: the right-wing people and Hindutva organisations. The RSS and its subsidiary groups and organisations have been the driving force behind the mass mobilisation that brought Narendra Modi into power in the first place. These groups are still the most important part of his political machinery and continue to keep his public outreach, opinions building, and support maintenance systems well oiled and running. Any dent in Modi’s relationship with the saffron forces is bound to spur debates about the fate and direction of the PM’s political future.

This isn’t the first time that Hindu Mahasabha or for that matter right-wing organisations like RSS have aired their discontent with Modi. They have been regularly expressing anger over Modi’s failure to go all out on their Hindu-Rashtra building agenda at a much faster rate. The Hindu Mahasabha was openly critical of his demonetisation move as well. The repeal of the farm laws is one more blow to the considerably strained Saffron Party-Sangh relationship.

Meanwhile, it’s worth noting that the PM’s photograph at the Mahasabha office was barely two years old! If anything the Prime minister should know better than to fight the battles of perfidious people and organisations who have not been able to respect the constitutionally mandated office of the Prime minister, let alone Modi himself as a political leader. But then, that is for the Prime Minister to decide. As for the said photograph; it was apparently put up only after the scrapping of article 370 in Kashmir.

For those of you who may be interested in a little, side-tidbit regarding this incident, here’s one: Home minister Amit Shah’s photograph is still sitting tight in the Mahasabha office. The Margdarshak Mandal might need to make room for someone soon?