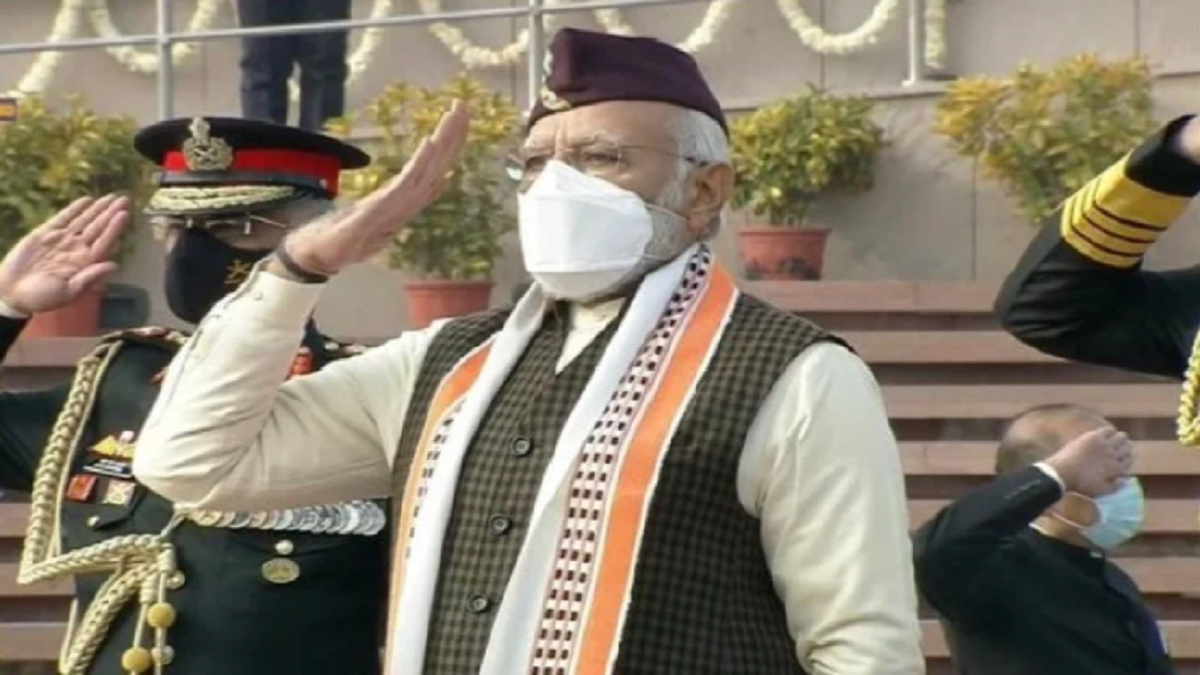 PM Narendra Modi always appears in a special style on Republic and Independence Days. On the 73rd Republic Day, he was seen in a special cap and stole. He paid homage to the martyrs by visiting the National War Memorial.

This particular cap is from Uttarakhand and the “gamchha” is from Manipur.

Uttarakhand CM Pushkar Singh Dhami tweeted, “Today, on the occasion of 73rd Republic Day, honourable Prime Minister Shri @narendramodi Ji has made the culture and tradition of our state proud by wearing the cap of Devbhoomi Uttarakhand adorned with Brahma Kamal.”

PM Modi’s cap was also inscribed with the state flower of Uttarakhand, Brahmakamal. Assembly elections are going to be held in these two states, Uttarakhand and Manipur, next month. The costume that PM Modi chose to wear is being considered as a sign for both these states.

Many are considering it as one of the tactics of BJP to win the hearts of the people of these states and get the vote bank in their favour.

Prime Minister Narendra Modi reached the National War Memorial near India Gate at 10 am on Wednesday and paid tribute to the martyred soldiers by observing a two-minute silence. He then offered flowers to the martyrs.

The Amar Jawan Jyoti kept at India Gate has also recently been merged with the Jyoti lit at the National War Memorial.

The Centre has given special guest status to Corona Warriors who attended the Republic Day parade today. The status has also been extended to the workers engaged in the construction of Central Vista.

Tableaux of 12 states and Union Territories have been displayed in the parade. Apart from this, the tableaux of nine ministries of the Central government have also been seen on the Rajpath.