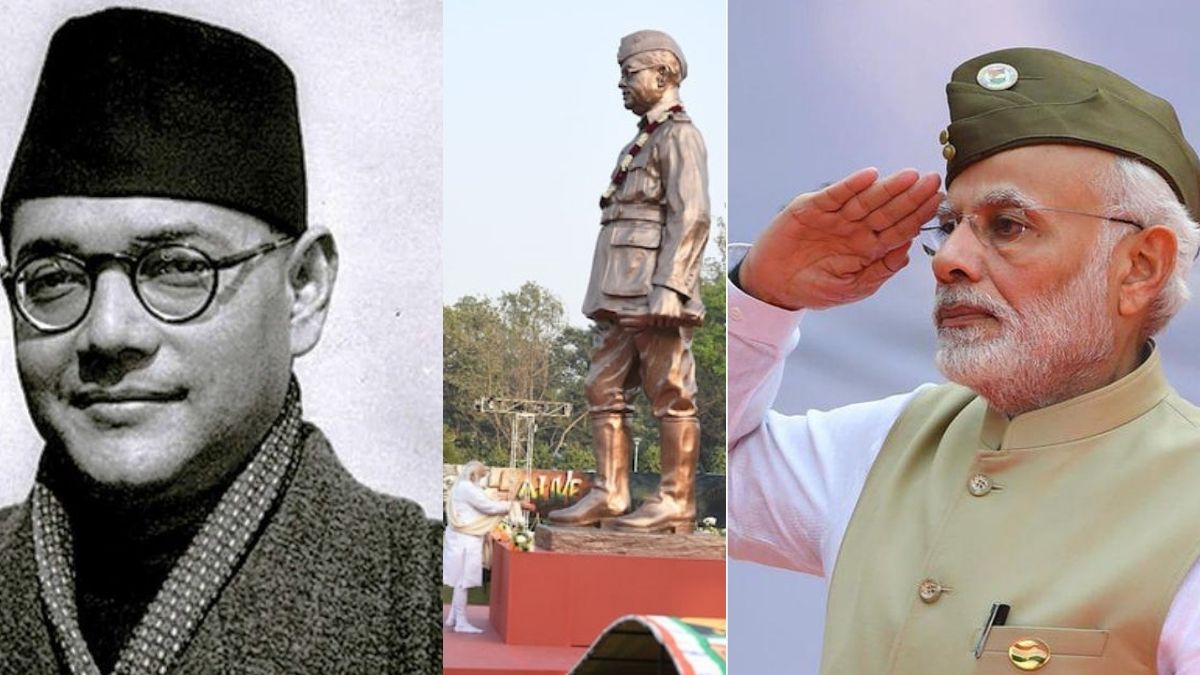 The nation paid heartfelt tributes to Netaji Subhas Chandra Bose on his 125th birth anniversary on Sunday and lauded his significant contribution to India’s freedom struggle. Many programs were organised in the country and abroad on this occasion. Union home minister Amit Shah said during the unveiling of the hologram statue of Netaji, “People of the country are finally feeling the satisfaction that Netaji’s contribution is being recognised, which he deserves under this government.”

PM Modi said it was unfortunate that after independence, along with the culture and rites of the country, work was done to erase the contribution of many great personalities. Today, after decades of independence, the country is correcting those mistakes.

A grand statue of Netaji is being installed in digital form at India Gate. It will be replaced by a giant granite statue soon. This statue is a tribute from a grateful nation to the great hero.

Union minister Amit Shah said that this statue will continue to inspire the coming generations for valour, patriotism and sacrifice for many years because it will not be just a statue made of granite but will be an expression of feelings towards Netaji in the minds of crores of people of the country.

He also said that Prime Minister Modi has taken another historic decision that Republic Day celebrations will start from January 23 itself. Earlier, he tweeted that Netaji’s incomparable sacrifice, tenacity and struggle for the motherland will always guide the country.

Defence minister Rajnath Singh congratulated Prime Minister Modi for the unveiling of the hologram statue and termed the day as “historic.” He said the honour of a mighty national hero like Netaji is a matter of pride and happiness for all Indians.

President Ram Nath Kovind said the bold steps taken by Netaji to fulfil the dream of India’s independence (Azad Hind) made him a national hero. His ideals and sacrifices will always be an inspiration to every Indian.

‘Freedom got due to Azad Hind Fauj, not due to Mahatma Gandhi’s movement’

Subhas Chandra Bose’s nephew Ardhendu Bose said that he could not even dream that Netaji’s statue would be installed on the Rajpath under the umbrella where King George V’s statue was installed. He said that India got independence not because of Mahatma Gandhi’s non-violent movement, but because of the activities of Azad Hind Fauj and it was accepted by the then Prime Minister of England, Clement Richard Attlee.

Netaji’s daughter Anita Bose Pfaff said, “My father dreamed of an India where people of all religions can coexist peacefully. The statue should not be the only tribute to Netaji. We should also respect their values.”