Recently PM Modi took a jab at Rahul Gandhi for participating in a march with activist Medha Patkar during ‘Bharat Jodo Yatra.’ Modi’s main concern was their campaign that was held against the Narmada dam project, which he stated had been Gujarat’s lifeline.

While addressing a rally in the Rajkot district of Gujarat during the state elections, PM Modi stated, “a Congress leader was seen taking out a padyatra with a woman who stalled the Narmada dam project for three decades.” 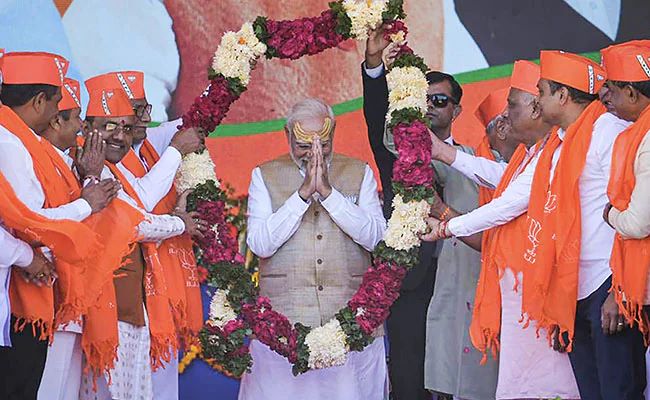 PM Modi communicated that the Sardar Sarovar Dam construction project over the Narmada river was delayed for around three decades due to legal encumbrances by activists like Medha Patkar.

He further blamed Medha Patkar for slandering Gujarat. “Ask the Congress when it comes to demand your vote that you are taking out a padyatra by keeping your hand on the shoulders of those who were against Narmada dam,” PM Modi stated.

Medha Patkar joined Rahul Gandhi earlier this week for the padayatra, which is presently progressing through Maharashtra. The BJP has been serious about Ms. Patkar’s campaign against ‘Sardar Sarovar Dam,’ which was initiated in 2017. Medha Patkar headed the ‘Narmada Bachao Aandolan’, stating that the dam’s water would supersede thousands of tribal households. 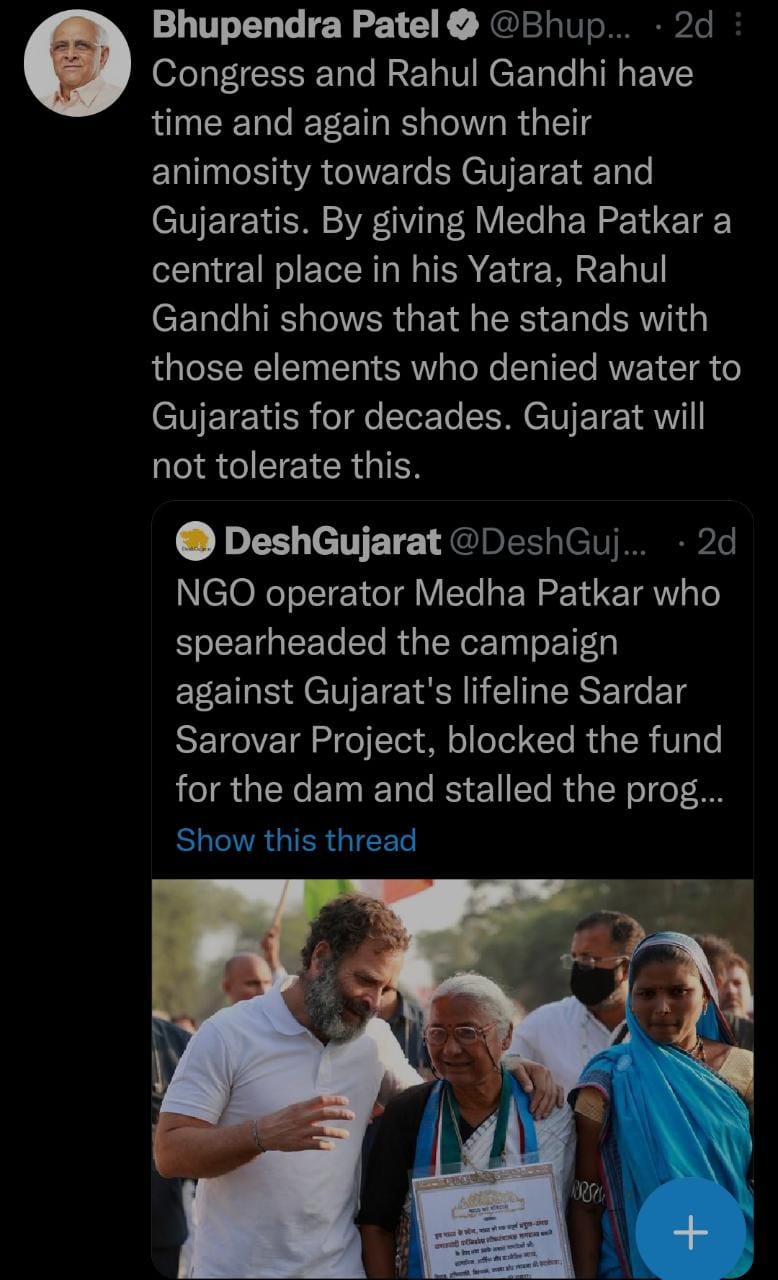 On Saturday, party president JP Nadda stated that Medha is “anti-Saurashtra, “anti-Narmada, and anti-Gujarat” who attempted to delay the Narmada dam construction and resisted water utilization for the people of Saurashtra. “If such people join Rahul Gandhi, it reflects his mentality,” Mr. Nadda expressed.

Of late, the Gujarat BJP recollected the subject of Medha’s connection with the AAP, and PM Modi claimed that the so-called “urban Naxals” were trying to enter Gujarat politics through the back door.

On Sunday, Modi further conducted a public rally at Veraval after he paid veneration at the Somnath Temple. While advocating at the event, Modi restated his request that the record of winning established by him must be accomplished by existing CM Bhupendra Patel and encouraged people to vote in massive numbers.