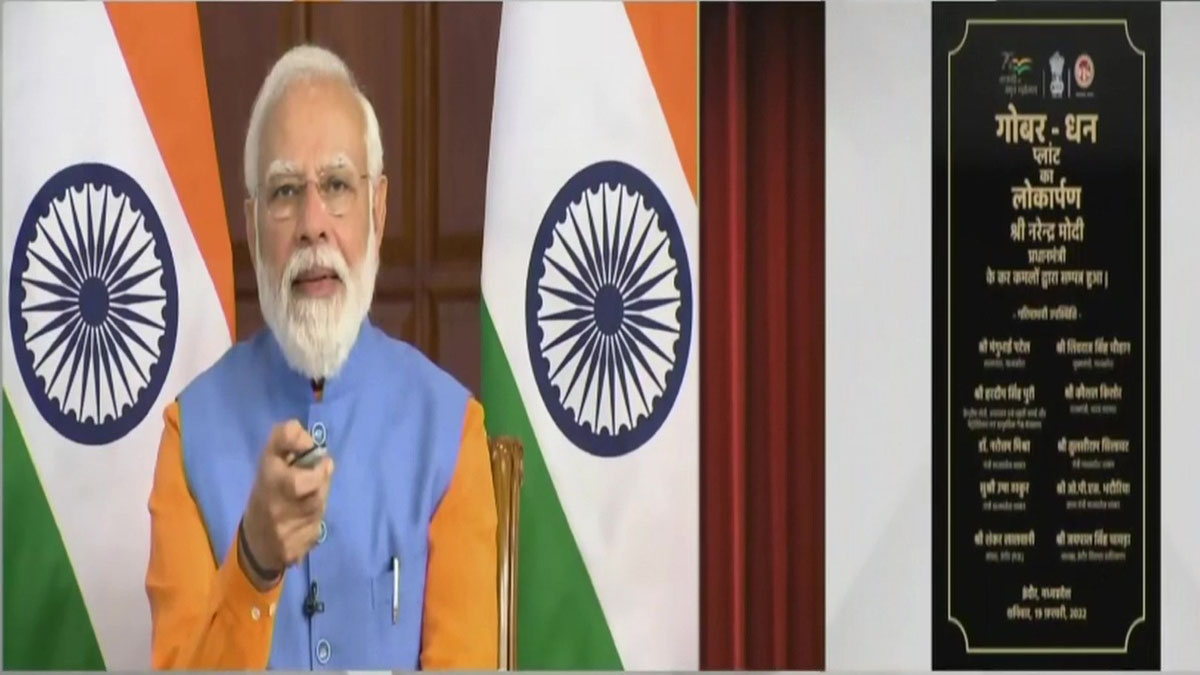 Prime Minister Narendra Modi, through a virtual press release, has announced 75 “Gobar-Dhan” bio-CNG plants across different cities in India. The first such plant was inaugurated in Indore with a capacity of 550 tonnes with a budget of Rs 150 crores. “This is a significant step taken by our government under the Swachh Bharat Mission to solve the issue of garbage landfills,” said PM Modi.

The mission of this scheme is to convert the garbage landfills sites into a green zone in the coming years. Under their government, the garbage disposal capacity has increased four times since 2014. 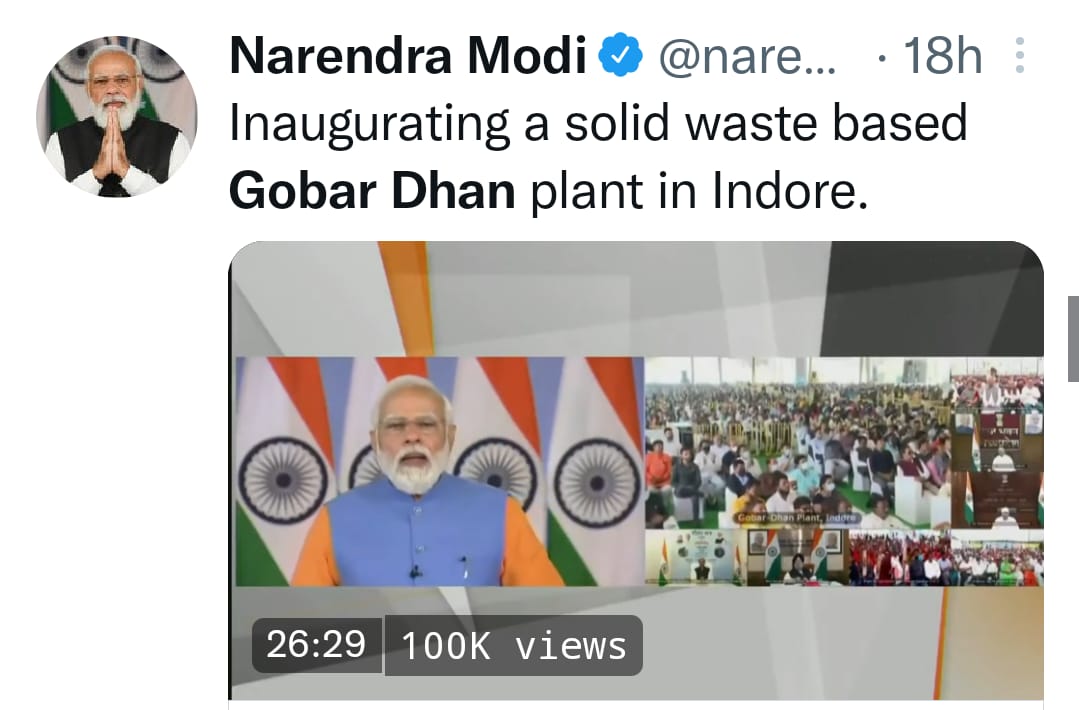 The first plant under this scheme was launched in Indore, Madhya Pradesh. This plant has the capacity to treat 550 tonnes of solid waste garbage in a single day. It can produce 17000 kg of CNG in one day. Along with this, it can produce 100 tonnes of organic waste and based on the zero-landfill model, no waste or rejects will be generated through this plant. 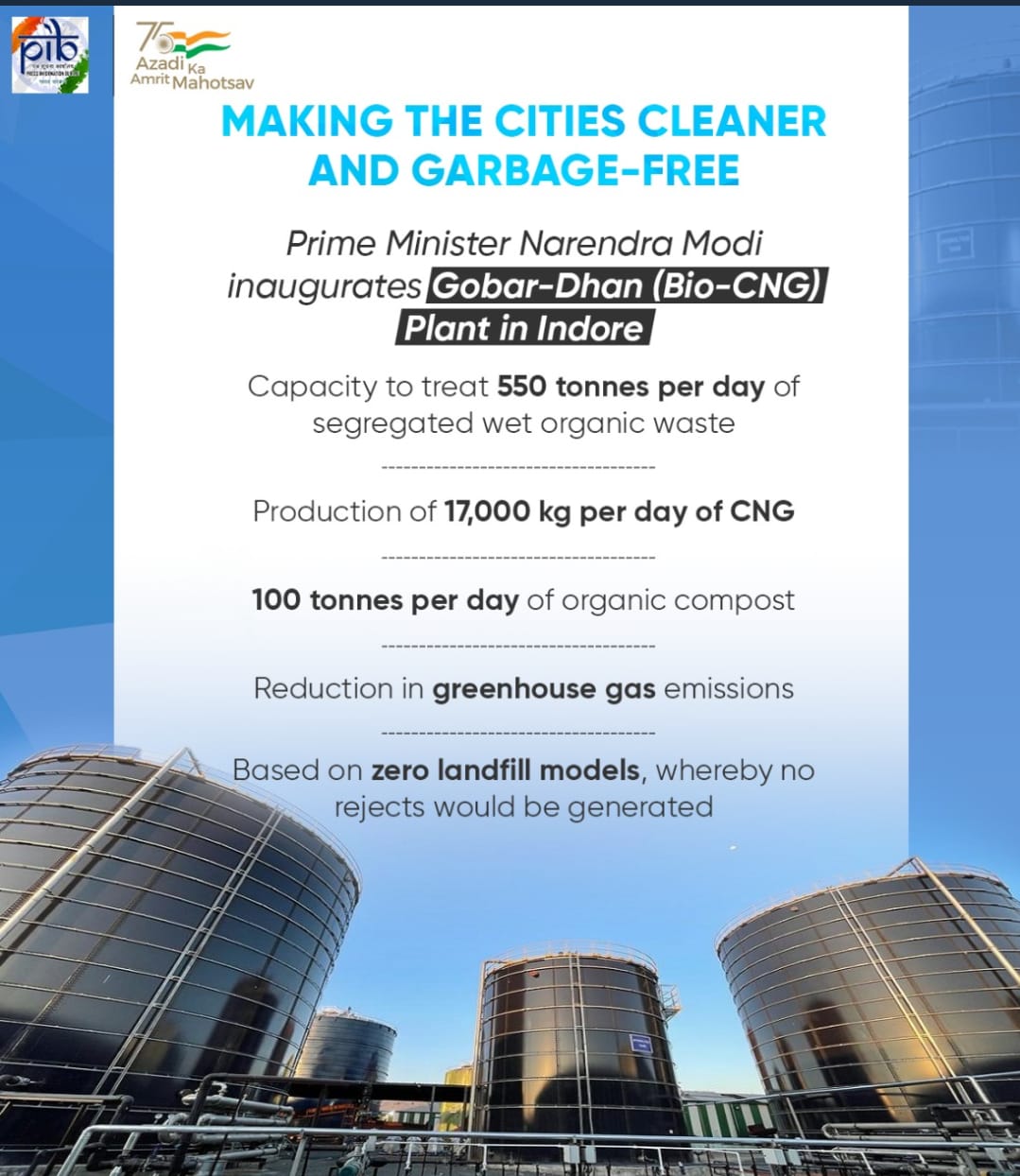 From time to time, PM Modi talked about the importance of climate and environmental issues. While inaugurating the Indore plant virtually, he said, “Lakhs of tonnes of garbage stood on thousands of acres of land for decades in cities across the country, which is a major reason for the spread of diseases as it causes air and water pollution.”

“So with this step, our aim is to free such lands of the piles of garbage in the coming two to three years and converting them into green zones,” he said. To achieve success, states will get the required help.

PM Modi focused on the subject of Tourism with Clean India Drive. He said, “If cities are clean, people from other places will prefer to visit. Cleanliness boosts tourism and it kick starts a new economy.”

The Centre aims to take this scheme to rural cities as it can help the stockbreeders to have an additional income. Along with this, PM Modi praised Indore city for grabbing the cleanest city tag for the 5th consecutive time. He also applauded the civic sense of the city’s people. 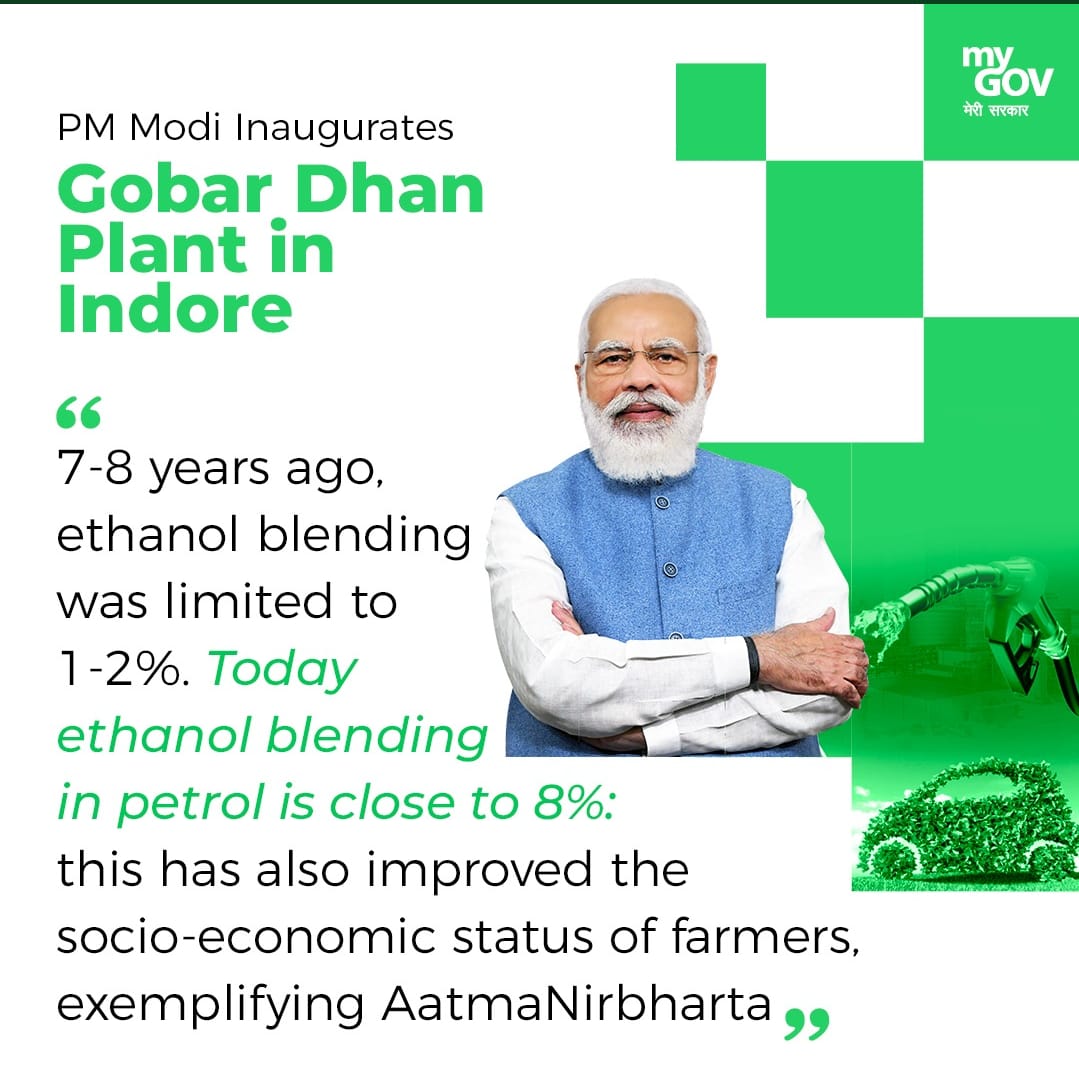 Under India’s climate control commitments, using ethanol as fuel and solar power generation are integral steps. These steps will help in solving many issues like dependency on fossils fuels such as coal and petroleum. PM Modi said India is now in the top 5 nations of solar power generation after 2014. Whereas, the government before us was insensitive towards solar power.

Now from airports and malls to farmers, solar power is being used to build a clean and green nation. Ethanol Blending in fuel is up by 6% as compared to 2% before 2014. This is helping both farmers and sugarcane mills. Basic sanitation and health awareness are reaching the door to door under different schemes. We all need to work towards a better and cleaner India.