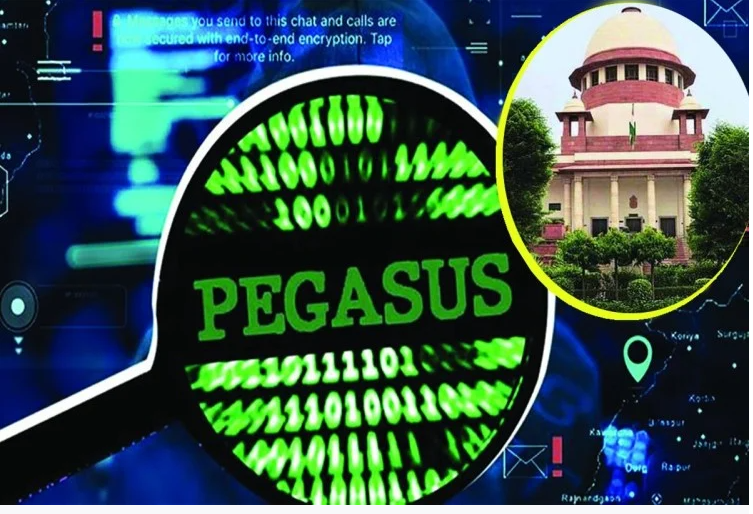 The Uttar Pradesh elections, which are called the semi-finals of the power of the Center, are near. All political parties including BJP are busy preparing for the elections. This week the Supreme Court has constituted a committee to investigate the Pegasus spyware case. This committee has to submit its report to the Supreme Court in eight weeks i.e. 58 days. At that time the election preparations will be at its peak. After the presentation of the report, the Supreme Court will give the final verdict in the matter. If the report of the inquiry committee comes against the central government, the ‘Pegasus’ case can cause political injury to Yogi Adityanath and the BJP and if the central government gets a clean chit in the report, then the opposition’s allegations will be exposed.

‘Pegasus’ case is set to dominate the Uttar Pradesh elections

On the other hand, the Congress party is excited about this matter after the order of the Supreme Court. They feel that the inquiry committee of the Supreme Court will get to the bottom of the matter and bring out the truth. If this happens, then the ‘Pegasus’ case is sure to dominate the Uttar Pradesh elections. Whereas BJP feels that the committee will take full care of the sensitivity of national security in its report. The Uttar Pradesh assembly elections are likely in February and March. If we look at the dates of the 2017 UP assembly elections, the votes were cast in seven phases between February 11 and March 8. Similarly, the dates of the assembly elections held during the year 2012 were also similar. Even at that time, polling was held in UP between February 8 and March 3. Even then voting was held in seven phases. As of now, the Election Commission has not released the schedule of polling to be held early next year. Political experts say that the UP elections will also be held in 2022 on their own schedule.

The Supreme Court has also summoned the investigation report of the Pegasus case in 58 days. This means that the investigation report will come by January. According to experts, the time of such an inquiry committee can be extended. Since the first meeting of the Inquiry, Committee has not yet been held, where the office of the Inquiry Committee will be, it is also not decided yet. It is believed that the investigation committee will need to talk to Israel and Pegasus spyware provider ‘NSO’ or ask for documents. Those people who have been spied through Pegasus spyware in the country can be called by the committee in front of them. The heads of technical and intelligence agencies like IT, IB, RAW, and NTRO or other officials of the central government can be summoned before the inquiry committee. Due to all this, the tenure of the inquiry committee is likely to be extended.

Also read: Shiv Sena Won Outside Maharashtra For The Second Time after UP

Supreme Court may give verdict in Pegasus case in January

Here in both the situations, the report of the inquiry committee on Pegasus and the final decision of the Supreme Court are important. If the Uttar Pradesh elections are held on time and the inquiry committee submits its report within the stipulated time frame, then in January the Supreme Court can give a verdict in the Pegasus case. At that time the round of nomination process and election campaign in UP would have started. If some time is given to the Inquiry Committee, it is likely to stay for a maximum of one month. If something like this happens, then the verdict of this case can be pronounced in February. Congress party MP Rahul Gandhi says that Pegasus espionage has happened. Only two people are authorized for this in the country. One Prime Minister and the other Home Minister. The government did not submit a detailed report to the Supreme Court. If the Prime Minister has attacked our own country together with some other country, then we want to hear the Prime Minister’s stand on this as well. Have they done so, and if they did, why?

Opposition parties will cash in on the Pegagus case

If the Supreme Court’s decision comes against the central government, then not only the Congress party, but other opposition parties will also use it fiercely in the UP elections. Such a decision can put Chief Minister Yogi and BJP in trouble. Former Home and Finance Minister of the country P. Chidambaram said, after the wise and bold order of the Supreme Court in the Pegasus dispute, the first structure is out. Israel’s ambassador publicly stated that Pegasus spyware was only sold to the government. So, in the case of India, the buyer was definitely the Government of India. Congress, in the Pegasus case, is assuming that the Supreme Court will tell the country who is behind this espionage. Who bought the spyware, from which fund the money went. The issue of Rafale fighter ship deal was also raised by Rahul Gandhi.