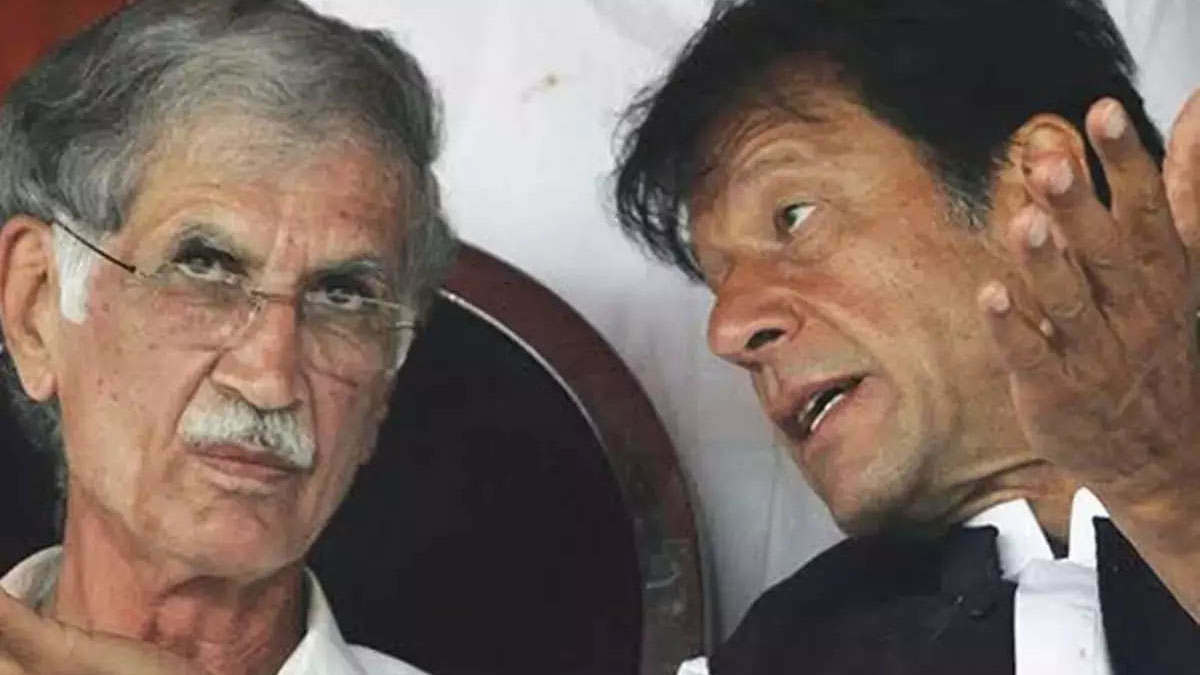 The wind of change is blowing in Pakistan. Prime Minister Imran Khan seems to be in deep trouble. It is reported that he has lost the support of his own party and also most importantly, the backing of the army. The cause of concern is a serious attack on the Prime Minister by the country’s defence minister Pervez Khattak. He charged PM Imran with neglecting Khyber Pakhtunkhwa (KP) and his abysmal failure to handle internal security.

Khattak’s dissatisfaction with Imran’s way of running the government is important because the minister has the backing of 80 legislators in the lower house of the country’s parliament, the National Assembly.

Khattak attacked Imran that KP is being neglected with regard to the provision of gas and electricity,  while these facilities are being enjoyed by other provinces. Noor Alam, another veteran of PTI  wondered whether Peshwar was a district of the country as it was being neglected by the government.

Even the powerful army seems to be against the Prime Minister for allowing Gen Bajwa to continue so long as the head of the army and his egregious handling of the country’s internal security.

Vice President of the opposition Pakistan Muslim League Nawaz (PML-N) Maryam Nawaz said Imran Khan is behaving like a man who has already accepted defeat, though he has been the Prime Minister for four years. “He is winning,” she said.

She pointed out that mafias have swindled $220 million who are actually running his kitchen. She accused that every word uttered by Khan reeks of failure and that people are waiting for a change.

Worried Imran Khan had said that the country is reeling under very high inflation and it is worsened by the pandemic. He said that he had to deal with massive defaults when his party came to power and it negatively impacted the imports.

He pointed out that not only Pakistan, but many other countries are also experiencing shortages of supply. However, he warned that if an attempt is made to oust him, he can turn dangerous. Even he was aggressively hinting at the army.

Under the stewardship of Imran Khan, the country’s score in the Transparency International  Corruption Index 2021 has fallen 16 spots to 140 in 2020. The Prime Minister is called the “corruption king” in Pakistan. Pakistan is plagued by multiple problems such as very high inflation, acute financial crisis, internal security and extreme corruption.

Imran Khan had once said that he avoided joining any party that brought thieves and robbers into the government but in 4 years, the country has achieved the distinction of being one of the most corrupt counties in the world. If the people want a change they should choose a leader who will be able to steer the country to a  better future.