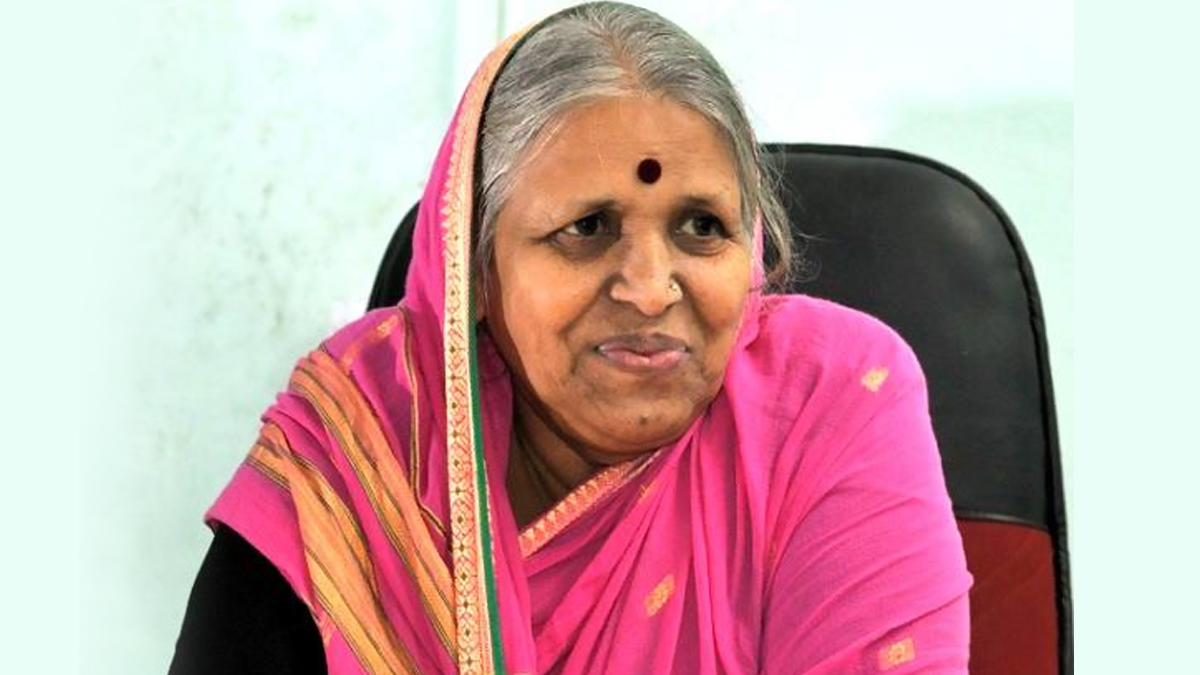 Padma Shri Awardee Sindhutai Sapkal fondly known as “mai” by the millions bids goodbye at the age of 74 on 4th Jan 2022. Her demise shook the nation as it’s a great loss for society. She died due to cardiac failure in a private hospital in Pune, Maharashtra. She was the epitome of kindness, humanity, and empathy. Traits that a true humanitarian are born with. The President of India Mr. Ram Nath Kovind forwarded his condolences on her demise. Along with this The Prime Minister Of India Mr. Narendra Modi also tweets about her demise on social media.

Sindhutai was born on 14th November 1948 in Meghe Village in Wardha District, Maharashtra. Her father was Abhimanyu Sathe. Being an unwanted child she did not complete her education and studied till 4th standard and was married by the age of 12. Her husband was 20 years elder than her and after a few years, her wedlock dissolved. Left to her own with a daughter to feed she started begging on trains and railways stations. During that period she was in Ckihaldara and realized that there are so many children who are left on their own to survive. So as a result she started begging for those kids too and started feeding them too. Later in life, she donated her own child to an orphanage so that all children feel equal under her shadow.

During Tiger Preservation Project when 84 tribal villages were being evacuated she stood and fought for tribal people. Later her demands for reallocation of these villagers were fulfilled by the Minister Of Forests Mr. Chhedilal Gupta. But slowly she starts focusing on the orphan children and it becomes her mission to live. She has given a new lease of life to almost 1500 orphan kids in her lifetime. She had 382 sons-in-law and 49 daughters-n-law. During her lifetime she received around 700 awards including many prestigious ones like the Padma Shri Award in 2021, the Nari Shakti award in 2017, Social worker of the Year 2016, Mother Teresa award for social Justice in 2013, and many more.

She committed her whole life to uplifting the condition of the orphan kids. Due to this reason, she was fondly addressed as ‘Mai’ by everyone. Her death is a great setback for the social cause she was working for. She will be remembered as a true exemplar of humanity and love.