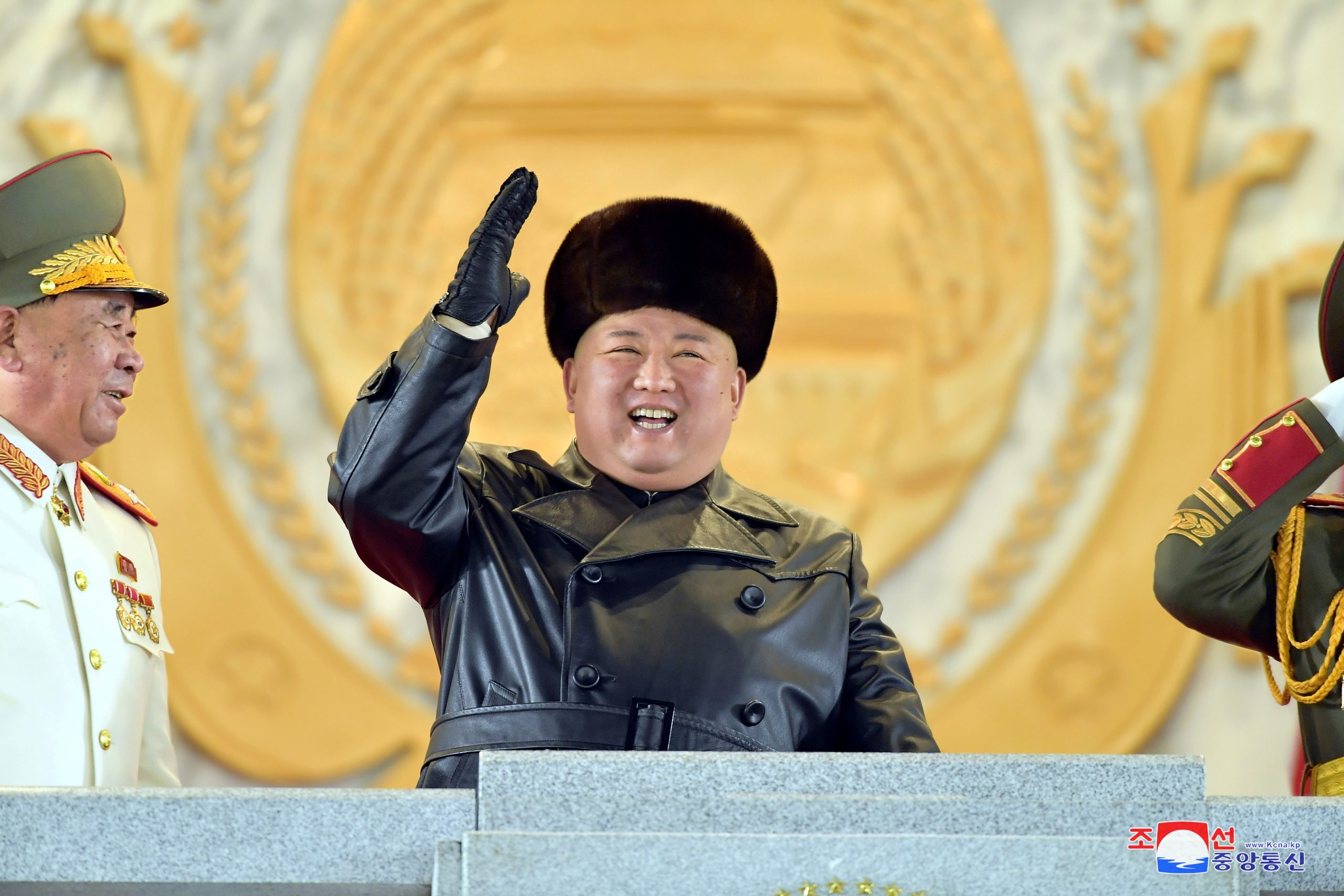 FILE PHOTO: North Korean leader Kim Jong Un waves during a ceremony for the 8th Congress of the Workers' Party in Pyongyang, North Korea January 14, 2021 in this photo supplied by North Korea's Central News Agency (KCNA). KCNA via REUTERS ATTENTION EDITORS - THIS IMAGE WAS PROVIDED BY A THIRD PARTY. REUTERS IS UNABLE TO INDEPENDENTLY VERIFY THIS IMAGE. NO THIRD PARTY SALES. SOUTH KOREA OUT. NO COMMERCIAL OR EDITORIAL SALES IN SOUTH KOREA./File Photo

The popularity of leather jackets in North Korea leaped after Kim Jong-Un appeared on television wearing in 2019. Though these coats look like a recent trend, North Koreans have been wearing them since the 2000s.  Real leather coats were imported from China and were bought by North Korea’s elite. A leather coat costs 170,000 won ($ 34) in North Korea, a price only the elite can afford. It became more popular as Kim and his high-ranking officials wore leather coats during a military parade in January 2021. People see those coats as a symbol of power in North Korea. The coats also gained popularity among women after Kim’s sister, Kim Yo Jong, wore them. Now, Police are patrolling the streets to seize jackets from citizens and the merchants selling them.

What led to the ban of Leather coats among the citizens?

With the leather jackets gaining popularity, traders began to import synthetic leather from China. According to the reports, North Korea imported dozens of meters of synthetic leather from china in November 2021. But North Korea and China officially stopped trading at the beginning of the pandemic in January 2020. However, covert trade by state-run firms of items resumed in April 2021. The current clampdown started after people began imitating Kim’s style. Young men protested the move saying they bought the coats with their own money.

This is not the first time North Korean authorities have passed fashion rules for their citizens. Previously it banned mullets, certain piercings, and skinny jeans too. Authorities claimed the move were taken to keep the country free from “decadent” Western fashion trends.