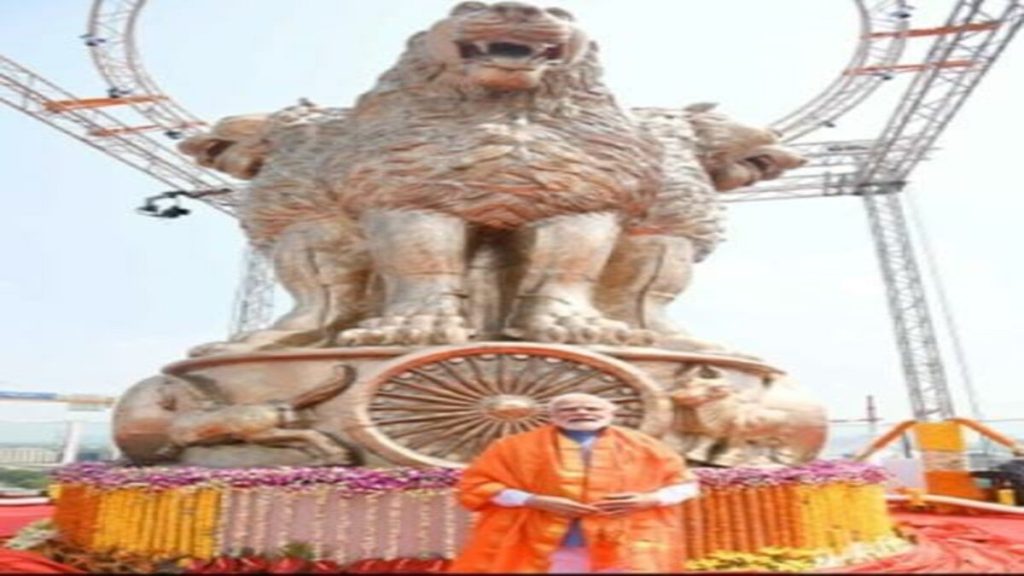 Trinamool Congres Mahua Moitra and MPs Jawhar Sircar accused the Modi government at the Centre of insulting the national emblem by stating the “disproportionate” and “aggressive” likeness of the Lion Capital of Ashoka on top of the Parliament building in Delhi. 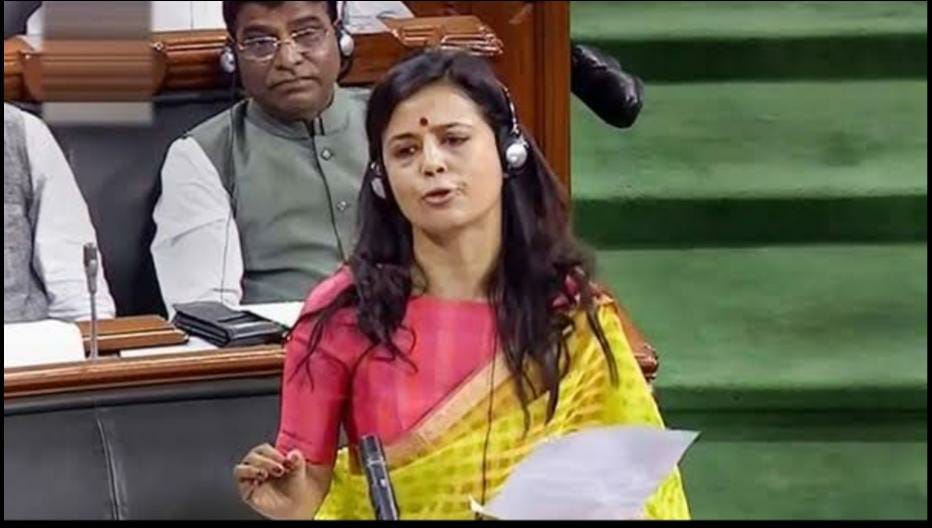 Rajya Sabha MP Jawhar Sircar stated on Twitter, “Insult to our national symbol, the majestic Ashokan Lions. Original is on the left, graceful, regally confident. The one on the right is Modi’s version, put above the new Parliament building — snarling, unnecessarily aggressive and disproportionate. Shame! Change it immediately!” 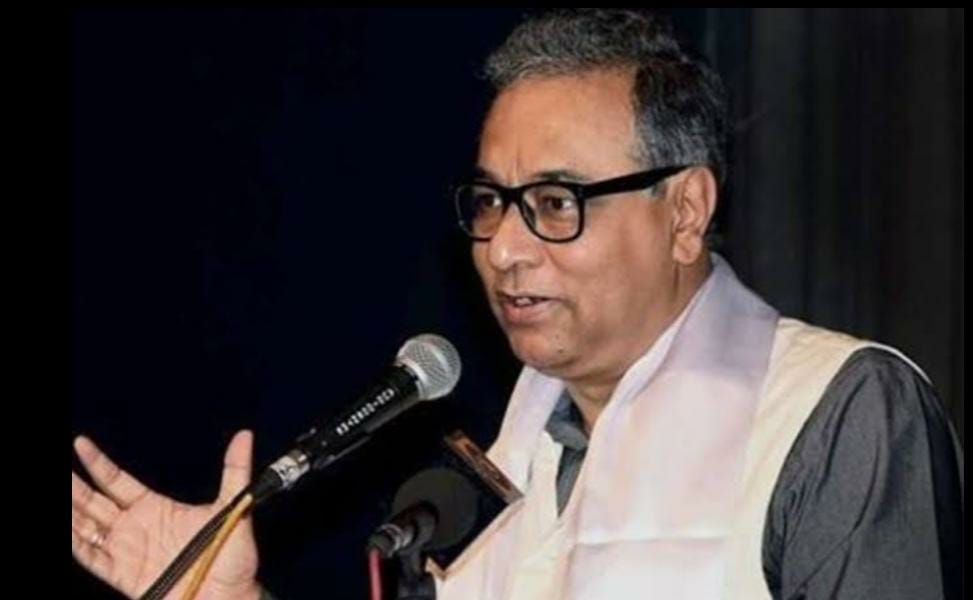 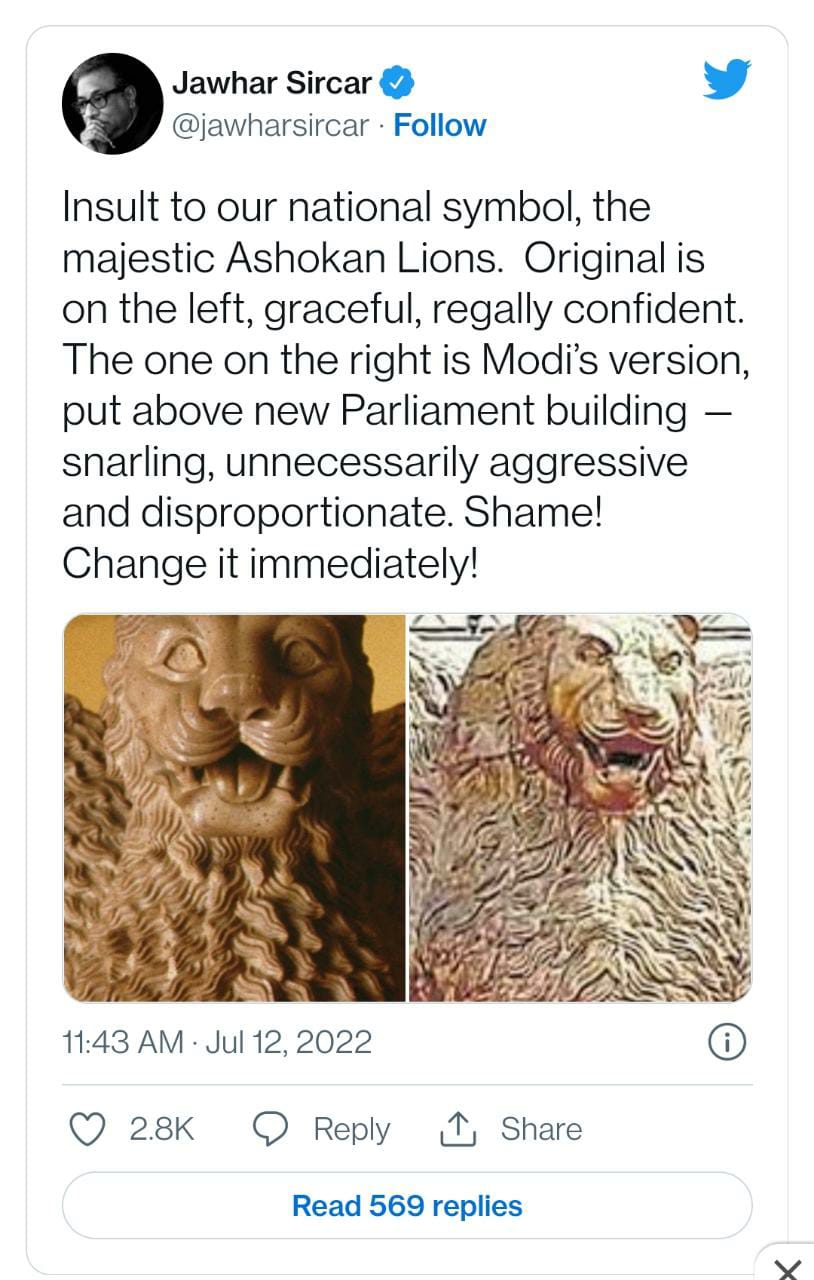 Lok Sabha MP Mahua Moitra tweeted on the image of the Lion Capital of Ashoka and compared that image with the past sculpture with the bronze and polish cast placed on the roof of the new Parliament building in Delhi without adding anything in the comment. 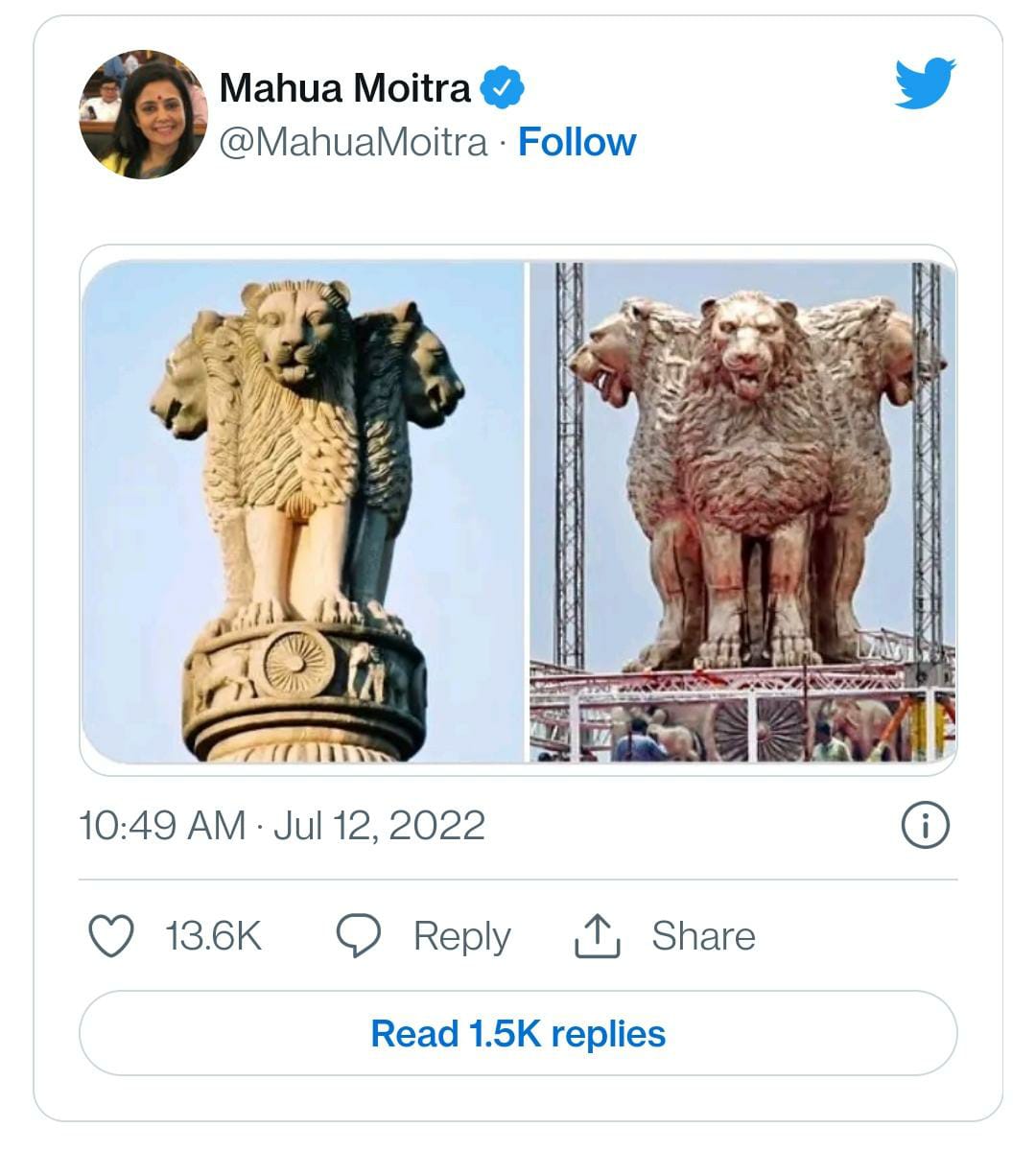 Earlier, Trinamool Congres MP Mr Jawhar Sircar stated that MPs, who will hold this building, never sought advice and alleged that “Modi will now wipe us out with a mediocre architecture designed by his crony architect at exorbitant costs”.
No Opposing member or leader was invited to unveil the symbol of the cast. Only Narendra Modi was seen there. Secondly, if we look at the lions, there is inconsistency. It is a disaster. The four lions which should look magnanimous appear aggressive,” he stated

The government has come under fire from Opposing parties after the Prime Minister unveiled a cast of the national symbol atop the new Parliament building on 17 July. The Congress, CPI(M) and the AIMIM condemned the inauguration by PM, terming it a “violation” of the Constitution, which envisages separation of power between the Executive and the Legislature.

The BJP has fired back, saying the Opposition’s criticism was “politically motivated.”

“It is unfortunate that the opposition parties have come out with another set of unfounded allegations, which smacks of their political motive,” BJP chief spokesperson and national media in-charge Anil Baluni said.
The Prime Minister’s Office (PMO) said the 6.5-metre-high emblem is made of bronze and weighs 9,500 kg. It is cast at the top of the central foyer of the building, and a supporting steel structure weighing around 6,500 kg has been constructed to support it. The concept sketch and process of casting the national emblem on the roof of the new Parliament building has gone through eight stages of preparation, from clay modelling and computer graphics to bronze casting and polishing, the PMO said in a statement.