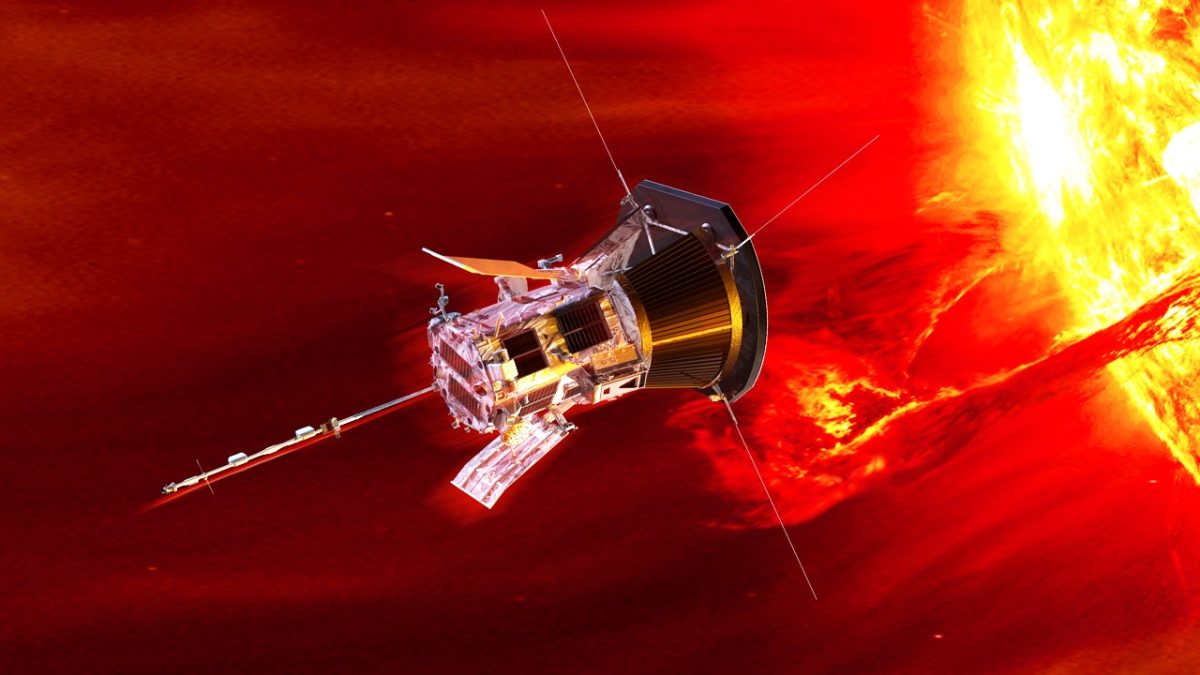 NASA’s PARKER SOLAR PROBE touches the Sun’s atmosphere creating space history as it touches Sun’s corona. Parker first crossed the rough uneven boundary between solar atmosphere and outgoing solar wind 8 miles from the Sun’s center. According to the reports the spacecraft dipped in and out of the corona at least three times. It was so quick that it covered approximately 62 miles/100 km in one second. During the spacecraft’s 7th encounter with the sun in April, the Parker probe sailed through corona. This data took few months to arrive and several more months to confirm. These details were provided on 14th December at a meeting of the American Geophysical Union Fall Meeting in New Orleans.

NASA’s Parker Solar Probe marks a major step and one giant leap for solar Science. Just as landing on the Moon gave scientists how its formed, similarly touching the Sun’s corona will help in uncovering important information about the closest star of our galaxy. Thomas Zurbuchen, Associate Administrator for the Science Mission Directorate at NASA headquarters quoted ” touching the Sun is a monumental moment for Solar Science and a truly remarkable feature”. This will not only help in understanding the Sun’s evolution and its impact on the solar system , but it will also help in knowing more about rest of the stars in the universe.

As Parker Solar probe is circling closer to the solar surface its making new discoveries. In 2019 Parker discovered the magnetic zig-zag structures in the solar wind called Switchbacks but not able to discover its origin. Since Parker has covered double the distance since 2019 it is close enough to identify the origin of switchbacks. Nour Raouafi, the Parker Project Scientist at the John Hopkins Applies Physics Laboratory quotes ” it is fascinatingly exciting”. We see evidence of being in the corona in magnetic field data, solar wind data and visually in images. Corona is dustier than expected and future coronal excursions will help in better understanding of the Solar wind’s origins. Parker Probe may have dropped into the corona last month as its 10th close approach. It will continue to get closer to the sun until it reaches it Grand Finale Orbit in 2025.

Parker Probe launched in 2018 for exploring the mysteries of the Sun by travelling closer to it than any other spacecraft. Three after its launch and decades of work in its conception it finally arrives . Sun does not have a solid surface instead it has super heated atmosphere. This atmosphere of Sun is made of solar material bound to the Sun by the magnetic forces and gravity. As heat and pressure pushes material away from the sun it reaches a point where gravity amd magnetic pull of sun is too weak to hold it , this is known as Alfven Critical Surface. This surface marks thes end of solar atmosphere and starting of the solar wind. Solar materials which crosses the Alfven surface becomes Solar wind and moves so fast that they never come back to the Sun. Until know exact location of Alfven surface was not known. Based on the remote images of the corona it is located between 10 – 20 solar radii from the Sun’s surface. According to the reports Parker was constantly under 20 solar radii. On 28th April 2021 , Parker position was 18.8 solar radii means crossing Alfven Critical Surface and finally entered the Sun’s atmosphere.