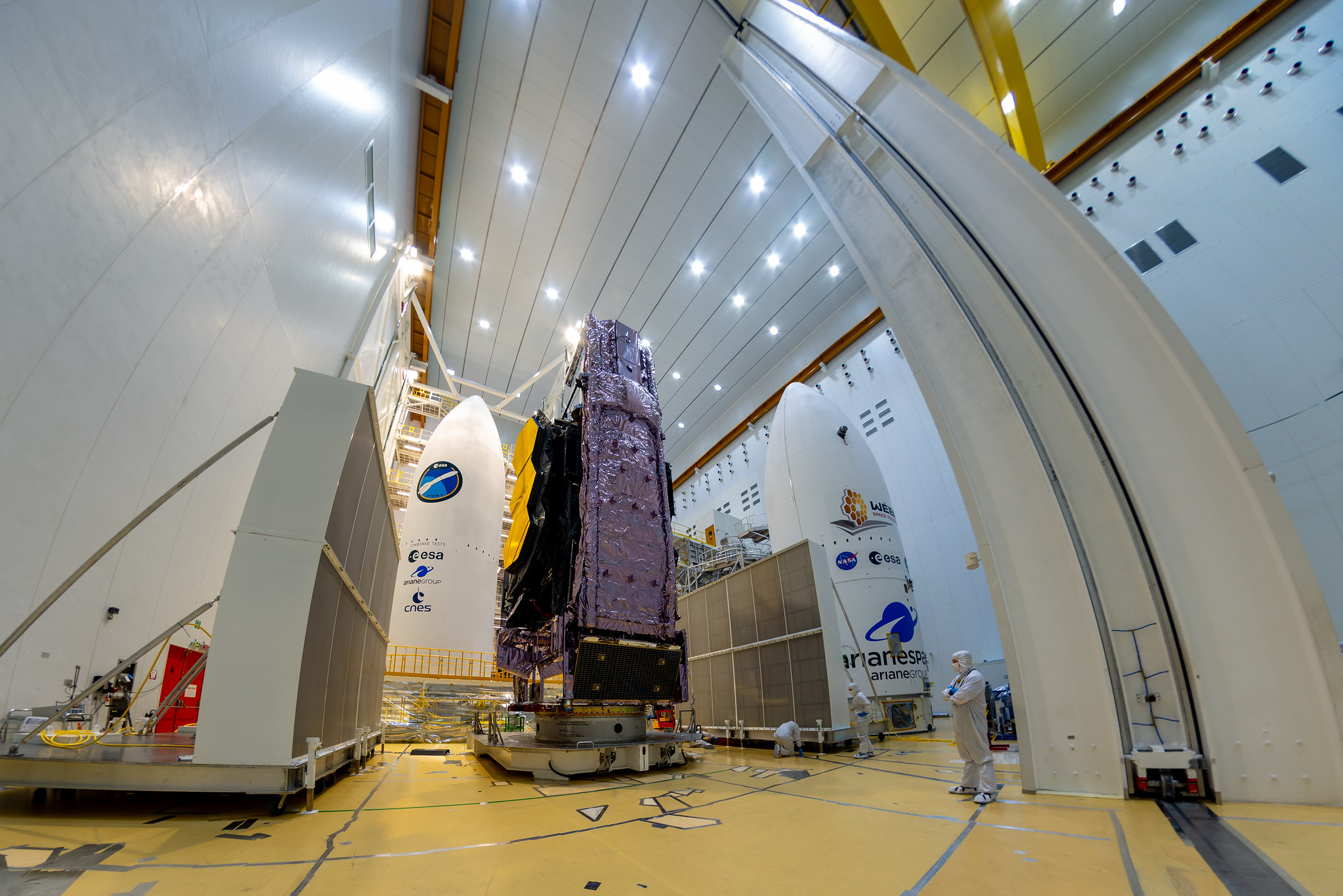 NASA Webb the space telescope launches to unfold the universe on 25th December 2021. “Webb is a shining example of the power of what we can accomplish when we dream big,” quotes Joe Biden, US President. It launches on an Ariane 5 rocket from Europe’s Spaceport in French Guiana, South America. This is a joint venture with ESA [European Space Agency] and the Canadian Space Agency. “Webb represents the ambition that NASA and our partners maintain to propel us forward into the future.” Bill Nelson, NASA Administrator. The mission of Webb is to seek light from our solar system and the first galaxies in the early universe. It will also help in studying the Exoplanets which are the planets orbiting other stars.

The revolutionary technology of the telescope will explore the every phase of the cosmic history in our solar system to the most distant galaxies in the early universe. Webb will help the humanity to understand the origins of the universe and our place in it. The launch of Webb is a pivotal moment as it marks the beginning of the Webb mission. The world’s largest and most complex space observatory will start a six month commissioning in space. At the end of the commissioning, Webb will deliver its first images.

Webb carries four state of the art science instruments including highly sensitive infrared detectors. These detectors have unmatched resolution. As a result it can study infrared light from astronomical objects with greater clearity than ever before. Webb launch is the scientific heir to NASA’s Space telescope like Hubble and Spitzer. In other words it is taking forward the scientific discoveries of other telescope and other missions. NASA Headquarters controls the mission for the agency’s Science Mission Directorate.