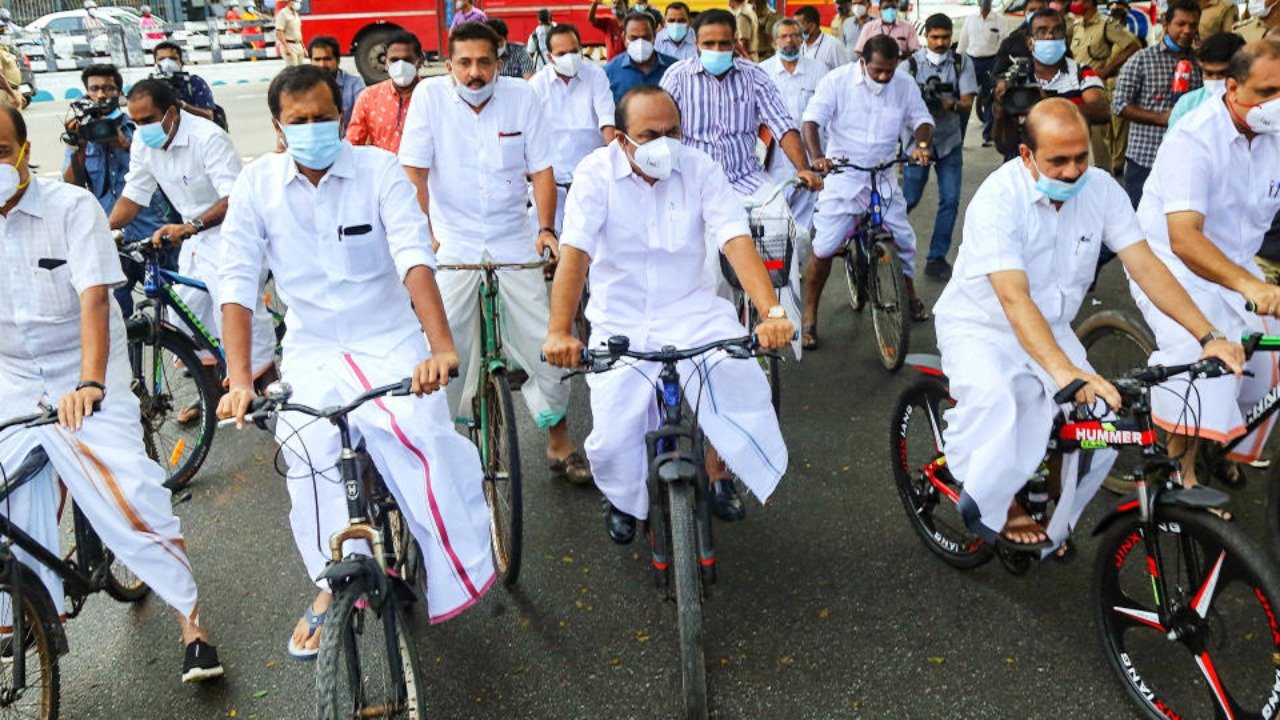 On Thursday, November 11 in Kerala, legislators from the opposition Congress-led United Democratic Front (UDF) rode their bicycles into the Assembly to express their displeasure with the Pinarayi Vijayan government’s refusal to reduce taxes on petroleum goods.

Following the Centre’s reduction, the price of petrol per litre fell by Rs 12.27, while the price of diesel fell by Rs 6.30, bringing the average price of one-litre petrol in the state to Rs 103.80 and diesel to Rs 91.59, while the state’s portion in the tax component was reduced in neighbouring states of Tamil Nadu and Kerala.

Also read: ‘I Was Invited To The Alleged Drug-On-Cruise Party’ Says Congress Minister

The ‘Diwali present’ from the centre arrived on November 4, but Kerala Finance Minister K.N. Balagopal ruled out any additional tax cuts. He said that the Centre had raised taxes, whereas the state government had never done so, and hence Kerala was not obligated to lower them.

More than a dozen legislators from the Congress party and its supporters cycled through the streets on Thursday morning, accompanied by a slew of press cameras.