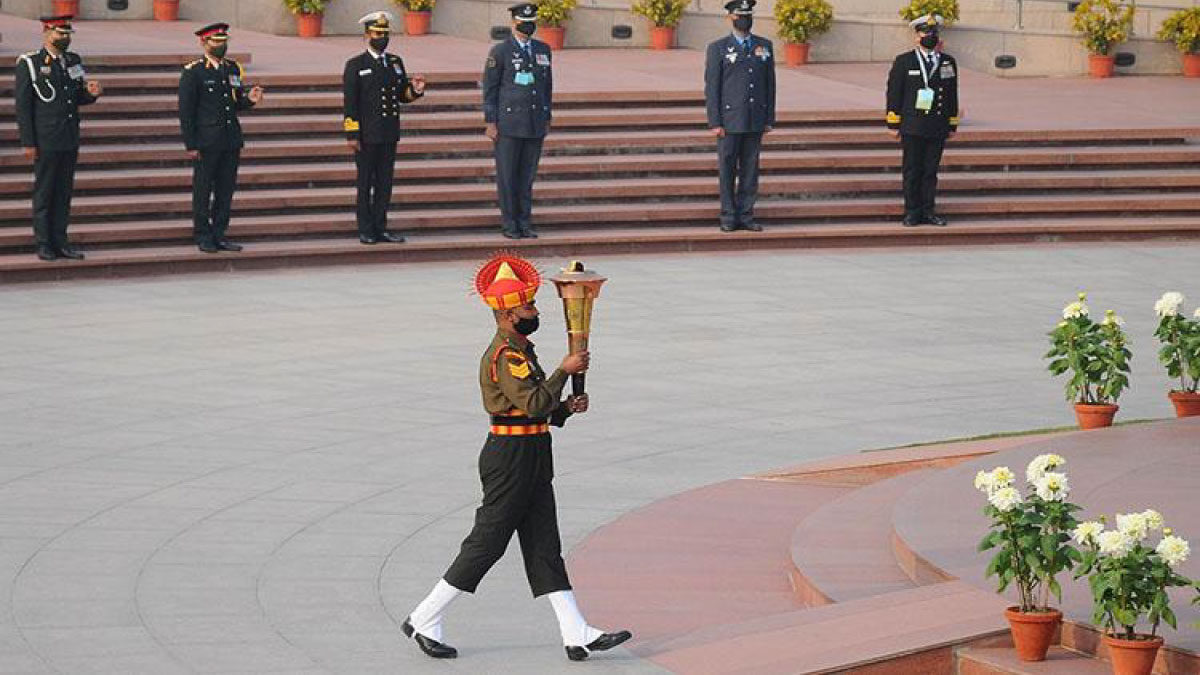 The half-a-century old memories of the iconic Amar Jawan Jyoti, burning beneath the arches of the India Gate, have been thwarted after it was ceremonially extinguished. The desacralization of the flame that had burned in honour of the fallen soldiers since 1972 is an uncharitable move by the ruling BJP to meddle with India’s complex history and demolish the material markers of its history.

The ruling BJP party, the evident subsidiary of Rashtriya Swayamsevak Sangh (RSS), has time and again proved itself to tactically bring about a tectonic shift to intrude into the Indian psyche and evoke the pristine past of Hindutva. The Centre has been attempting to mystify the country’s history by replacing facts with myths and uncharted information in bulks.

The merger of Amar Jawan Jyoti with the eternal flame at the National War Memorial (NWM) has an ideological impulse, which the ruling BJP has failed to acknowledge. The implementation of their moves, without following the proper decorum of due deliberations and public consultations is evident to reflect their motives.

To stifle effective debate, the decision to make a sudden change in Indian history was not announced until the day the ceremony was held. To defend the move, remarks filled with political retort started to pour in along with unmapped information by BJP’s Amit Malviya.

“Names inscribed on India Gate, where Amar Jawan Jyoti flame was, are of those who fought World War 1 and Anglo-Afghan War for the Britishers, not those who fell in 1971 and wars before and after. National War Memorial War is where they have been honored, hence decision to merge,” he tweeted.

Despite taking such a major step, no Union ministry officials were quoted giving a rejoinder on record. Instead, pro-establishment media outlets were found quoting “government sources” who seemed to be setting out the rationale for the move.

“Ironically, people who did not make a National War Memorial for seven decades are now making a hue and cry when a permanent and fitting tribute is being made to our martyrs,” said one “source.”

Another “source” defended, “It was found that the upkeep of two flames is becoming increasingly difficult.”

The drive has been welcomed and justified by several former senior defense personnel. However, BJP venturing into renaming cities and roads, rewriting textbooks, and undermining cultural institutions is only part of its endeavour to dissect the quintessence of India into pre and post-Modi existence.

Amid the controversy that triggered after putting out the Amar Jawan Jyoti, claims are being made from both sectors of the divide. However, BJP-led Centre’s moves to unilaterally come to a verdict all by itself and restructuring buildings, monuments, history and ethos are no less than an upright exhibition of absolutism.