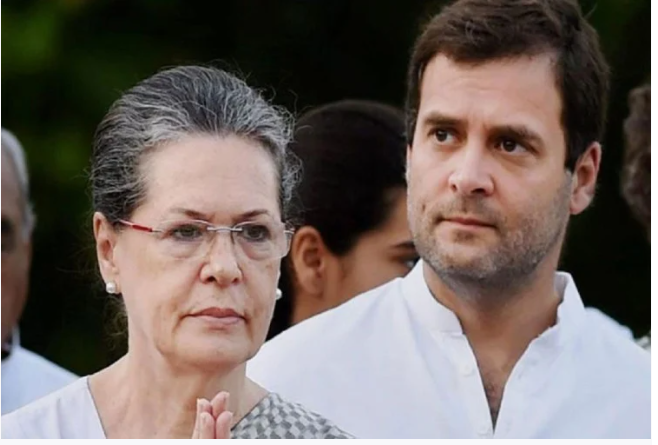 These days inflation in India is increasing day by day that is creating chaos in the country and making it quite difficult for people of India to lead their life normally. Due to the price rise people of the country are facing multiple issue of getting even bread on time. Against the rising inflation in the country, the Congress has made a strategy to surround the Modi government at the Center. Under this, the Congress is going to take out a ‘Mehangai Hatao’ rally in Delhi on 12 December. It is being told that during this time the party’s interim president Sonia Gandhi and former president Rahul Gandhi will address the rally.

Earlier, the Congress held an important meeting at 10 Janpath, at the residence of the party’s interim president Sonia Gandhi, on the winter session of Parliament starting from November 29. In this, the strategy of the party was discussed in the upcoming session and it was decided on which issues the government would be surrounded. Senior leaders AK Antony, Anand Sharma, Mallikarjun Kharge, Adhir Ranjan Chowdhury, KC Venugopal, K Suresh, Ravneet Bittu, Jairam Ramesh attended the meeting.

After the meeting, Mallikarjun Kharge had told that the party has taken many important decisions in the meeting of the Congress Parliamentary Strategy Group. These include issues like inflation, rising prices of petrol and diesel, aggression by China and Jammu and Kashmir. Parliament will also intensify its efforts to bring the opposition parties together on these issues. For this, leaders of different parties will also be called.

Congress issued whip
Meanwhile, Congress has also issued a three-line whip to its Lok Sabha MPs to make sure that the topic must be discussed and a proper conclusion must be made in order to get the increasing prices of the commodities back in place. In this, the party has instructed all its MPs to be present in the Parliament. At the same time, all the members has been asked to remain present without fail and support the stand of the party.