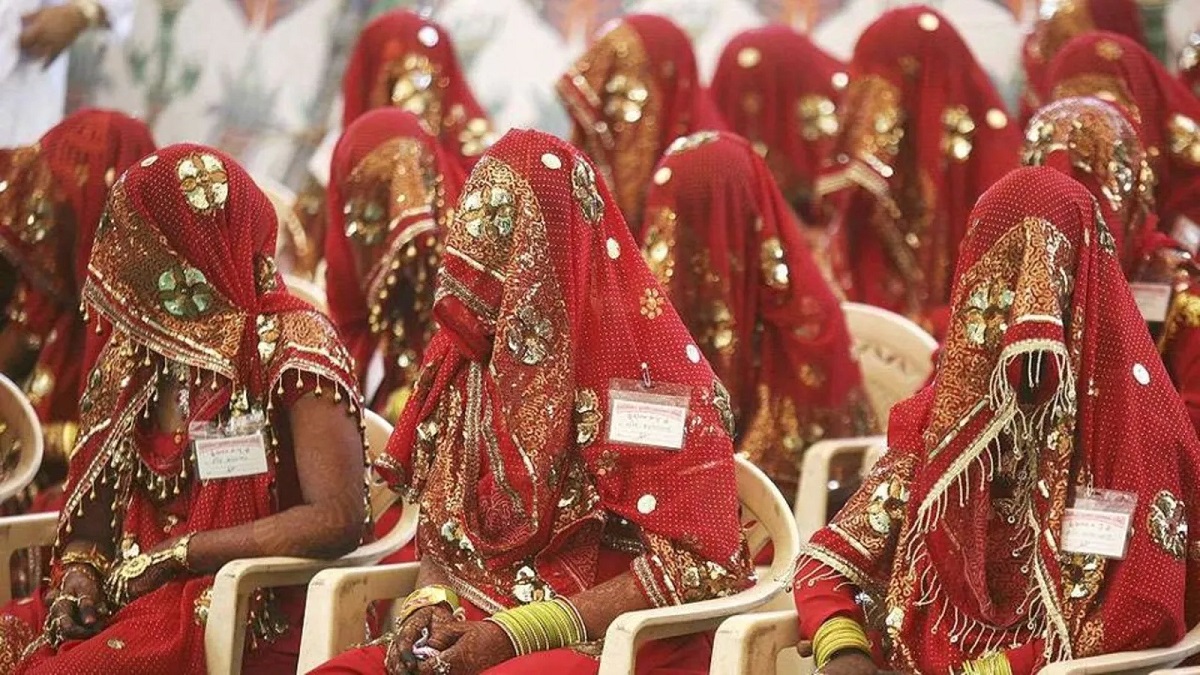 Recently, the cabinet passed a proposal, to raise the minimum age of marriage for women from 18 to 21. The government has taken such a step by hoping that this will lead to women’s empowerment. Many have agreed upon this new proposal. But still, there are people who criticize it. Let us look at the benefits of this proposal and issues with child marriages.

In June 2020, the ministry of women and child development formed a task force headed by Jaya Jaitly. She said that the reason behind increasing the minimum age for marriage is to tackle the issue of motherhood like the maternal mortality rate and to reduce the deaths during childbirth. Here the main issue is child marriage. When girls are married off at a young age, the chances of death during childbirth increase. The question then arises, why people are criticizing and opposing this decision?

There are mainly two points of objection. The first objection was raised by Rajya Sabha MP Priyanka Chaturvedi. She shared a clip of a newspaper on Twitter showing the names daughters are given in some places in India such as Dhapu (fed up), Ramghani (O Lord, that’s enough), Antima (hopefully this will be the last girl child), Faltu (useless).

Obviously, this reflects that in some areas of the country, how society perceives girls and women. Priyanka Chaturvedi says, that there is a need for societal change rather than legislative interference. She said that 79% of the ‘Beti Bachao, Beti Padhao’ budget is spent on ads and the government isn’t doing anything on the ground.

The point of the second objection is the freedom of choice. CPM politician Sitaram Yechury has said that when a woman becomes 18 years old, she gets the right to vote. She is treated as an adult, but when it comes to marriage, she will be treated as a juvenile.

Similarly, the AIMIM chief Owaisi tweeted that, “If an 18-year-old can choose his or her MP and MLA, prime minister, can start her business, can sign contracts, then why not marry?”

In the opinion of the people raising this point of objection, the legal age for both men and women should be 18 years. The same thing was suggested in a 2018 Law Commission Report that men and women should be allowed to get married at the age of 18. In fact, if we look at the trend worldwide, we can see similar things in other countries as well.

Here another question can be raised as to why wasn’t the marriage age of men reduced to 18 years? so that it could be the same for both. Instead, they decided on the complete opposite. The age was raised to 21 years for women. Now it is 21 for both. To know the answer to the question, we need to know the problem of child marriage in the country. According to the estimation of 2019, more than 1.5 million girls in India weren’t 18 years old at the time of their marriage. To know if this means a lot of people were violating the laws, we must get deeper into the history.

About 100 years ago, some women like Annie Besant, Margaret’s cousins, Kamladevi Chattopadhyay, Muthulekshmi Reddy came together to establish the women’s Indian Association to raise issues related to women under British rule. But the Britishers were not interested in bringing these social reforms. So these women approached the Indian freedom fighters. In 1929 Harbilas Sharda introduced a bill, to restrain child marriages. And the British Indian parliament passed the law, the Child Marriage Restraint Act, 1929. According to this act, the minimum age for girls was fixed at 14 years. And for boys at 18 years. But the British government didn’t really try to popularize this act or implement it on the ground level. The next major step was taken after the Independence in 1949 when the minimum marriage age for girls was raised from 14 to 15 years. And then in 1978, it was raised even further from 15 years to 18 years old and in the same year, this age was raised for men from 18 to 21 years old. Under this act, offences were now cognizable. But even after this, the authorities were hardly concerned. They weren’t much interested in preventing it. And when a child marriage did take place, they believed in letting bygones be bygones and ignored it. The ground reality didn’t change much.

The most important change took place in the year 2006. The Prohibition Of Child Marriage Act 2006. This was the first time that child brides were given the option to have their marriages declared void. That they could cancel their child marriage. If someone was a victim of child marriage , they could go and complaint, but only within two years of their marriage. This was a major loophole of this act.

As we can see, all the laws which have been made regarding the child marriage was inefficient or inappropriately implemented. Therefore, it is visible that 23% of all marriages can be child marriages but many of the cases are not still registered. For example, between 2014 to 2016, merely, 1785 cases were only registered, but only 274 cases were resulted in conviction.

Coming back to the bill, raising the marriage age to 21 years by the Modi government can be seen as a good decision as this is fundamentally against child marriages. When the age limit is raised so much, hopefully, it will motivate people to have marriages at that age limit. But at the same time it can also be a false promise. If it doesn’t come with the decision that all child marriages are illegal, then the decision would not bring about much change on the ground. Because the existing law related to it maintains that child marriages are voidable and not completely void. Then the implementation of the new bill would be almost nil if it doesn’t come up with this step. Overall, changing the mindset of the whole society is extremely difficult. Therefore changing our own mindset would be the first step that we should take.

Now, the answer to the question why wasn’t the age set at 18 years for both girls and boys is that, they won’t be self reliant. They would have only completed just 12th grade. A career is farfetched when they don’t even have a job. An 18 year old person doesn’t have any source of income. In such circumstances, if a girl gives birth to a child, they won’t be able to get the money to raise the child. The age limit of 21 years set by the government, gives a nice time gap for safety, so that people could settle into their lives and careers to some extent.