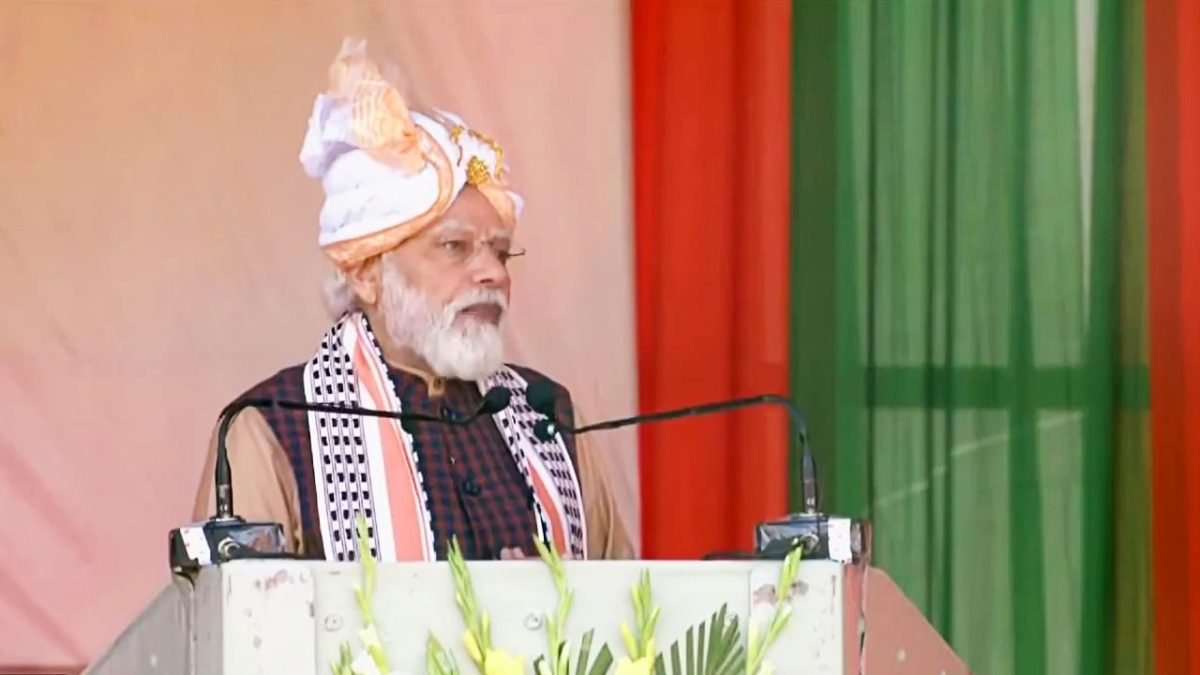 PM Modi addressed a huge rally in Imphal, Manipur for the upcoming Assembly polls in Manipur. The voting in Manipur will take place on February 28 the first phase and March 5 the second phase. PM requests the people to vote for the double engine sarkar so that they can have development n their state and a clear road map for the next 25 years. 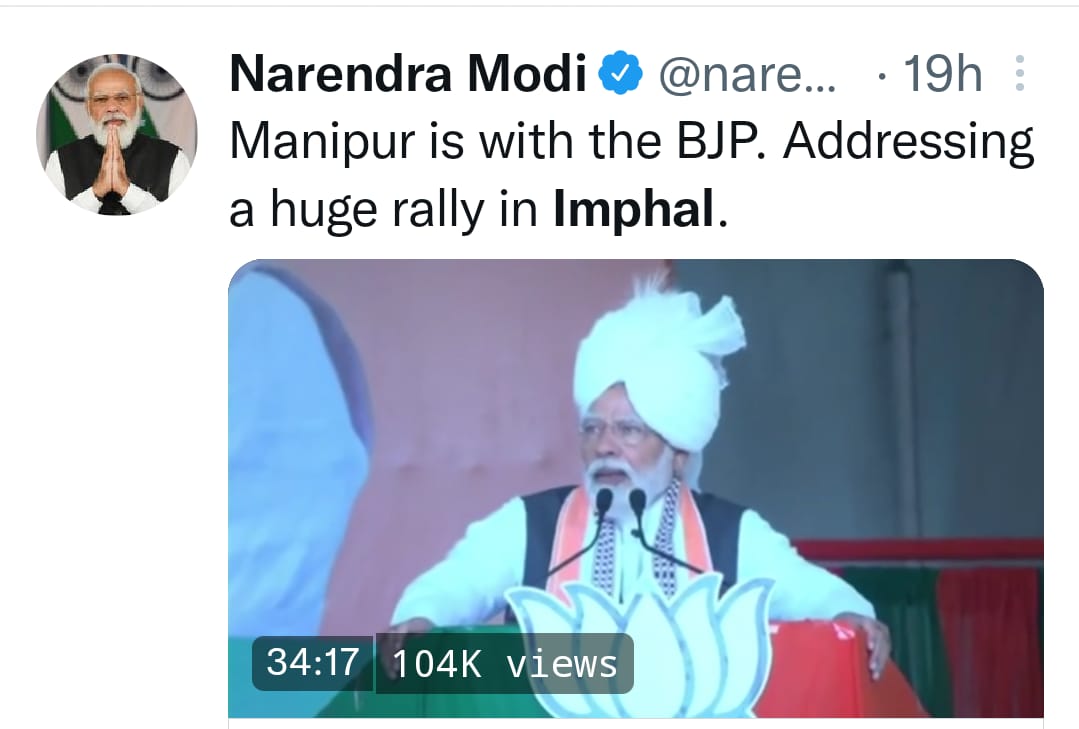 PM Modi during his speech mainly talks about development and connectivity, especially rail connectivity. He also applauded the work done by the BJP government and the vision for the next 25 years of Amrit Kaal.

During his speech PM promises to make Manipur a crucial centre for the East-Asia connectivity after the highway connecting Myanmar-Thailand is completed. He focused on the importance of rail connectivity for tourism in the region. “This will provide employment to the youth,” he said.

PM Modi says that the National Highways network has grown to new heights under the BJP government. “A few days ago when the first goods train arrived at Rani Gaidinliu station. I was very happy with all of you. The day will come when the train till Imphal, you will be connected to the whole country through rail,” said PM. 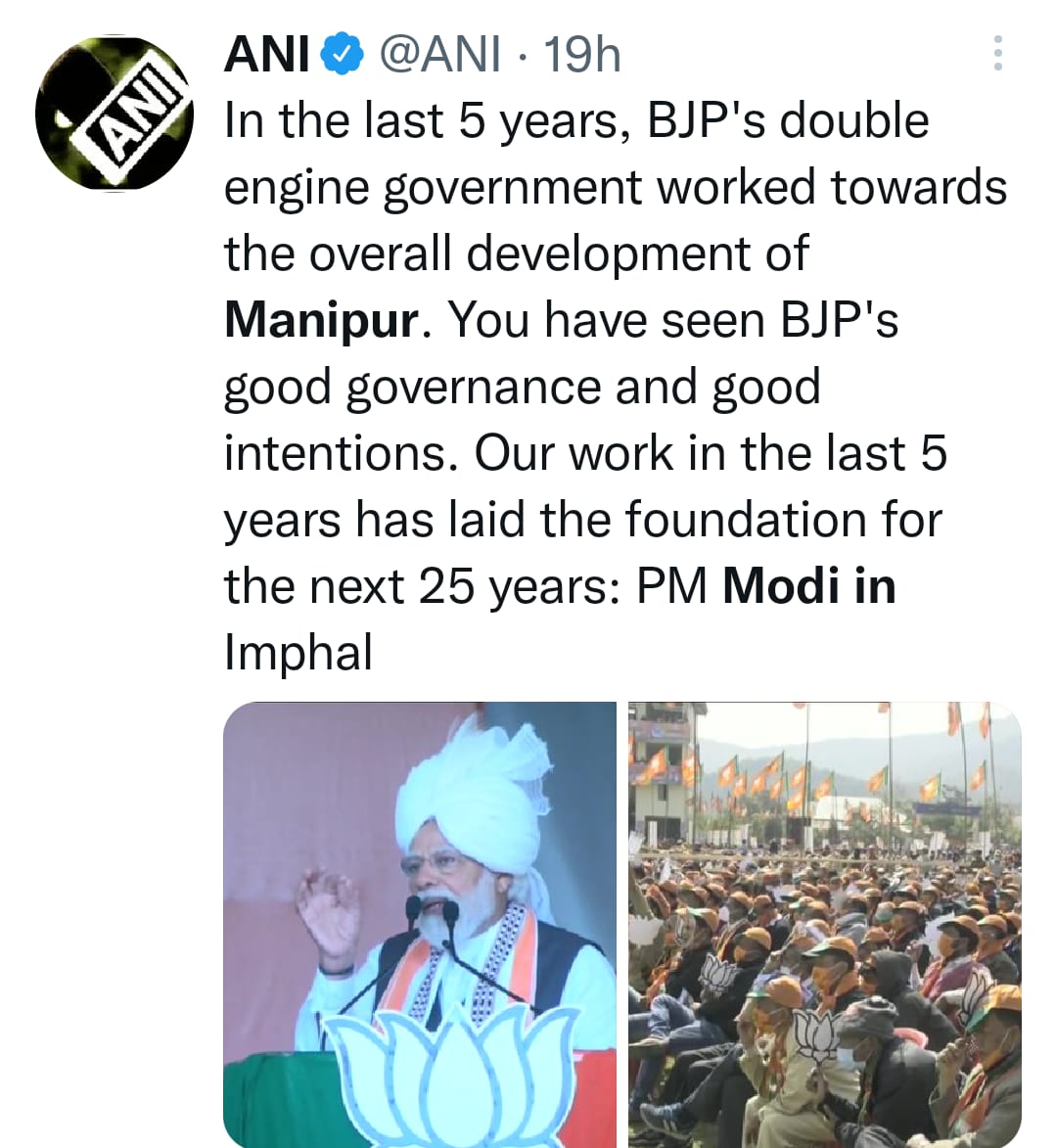 PM Modi speaks about the Tribal communities elaborately during his rally. He announces that November 15 will be celebrated as “Tribal Pride Day”.  As he feels that our tribal society has played a very integral part in the freedom struggle. Our government has honoured this contribution and has decided to build a museum in Manipur in the name of Rani Gaidinliu.

We have given free vaccinations to poor people in Manipur. Out of 10, 7 people are getting free rations under the BJP government. With Har Ghar Jal Yojana we have provided 3 lakh tap water connections. Under PM Awas yojana 60,000 houses are given to the people of Manipur and most of them are owned by women. Nearly 1.5 lakh Ujjwala gas connections are given. For women empowerment, we have set up 7 Ima markets that are run by women only.