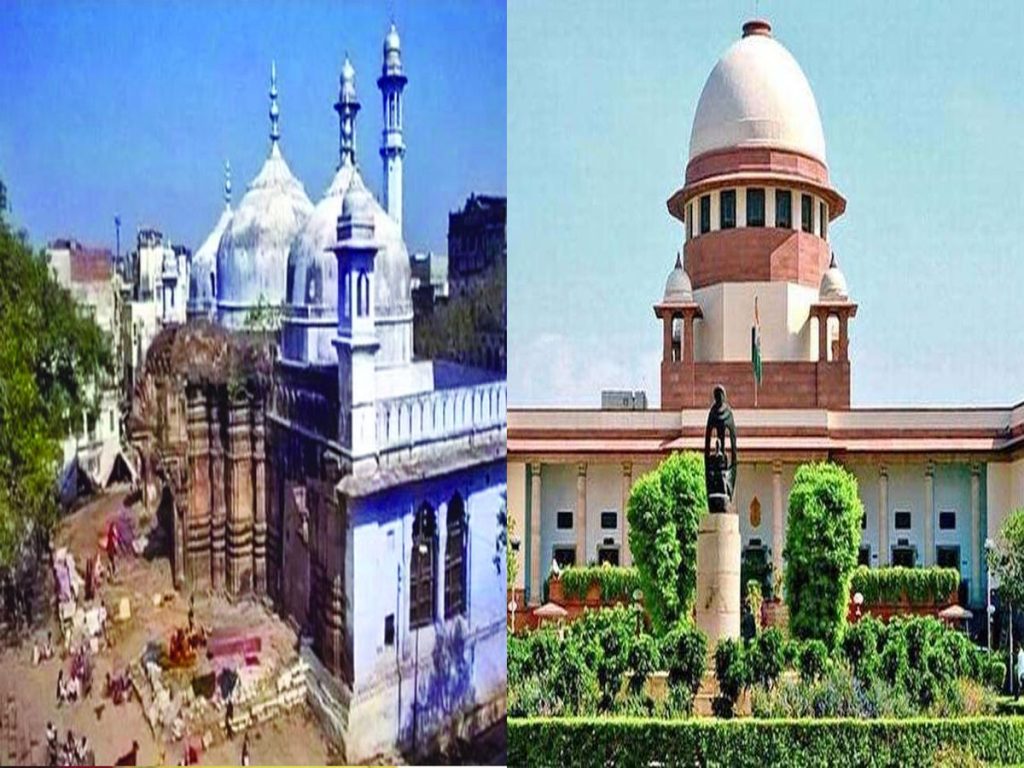 Existing contention between different political parties over mandir-masjid is rising day by day. In such a situation, the Gyanvapi mosque built in the Hindu temple proves to be pouring ‘ghee into the fire’. According to a report, there are approximately three thousand temples throughout the country that have been converted into mosques over the centuries.

Not all of them may remain dead issues; no government has gone to the trouble of resolving them, and they have been left to be resolved through the courts. Such issues eventually become political controversies. The self-proclaimed secular parties would be hesitant to offend their Muslim constituents, while others would need to appease their Hindu supporters.

If we see Ayodhya and the Ram Janmabhoomi controversy, which has reached absurd proportions, there has never been any doubt about who demolished the mandir, what structure replaced it, and when. We all know how our democracy had to pay the price for the continuation of this struggle. For fear of losing votes, politicians avoid dealing with such matters decisively with such issues and prefer to give the judiciary to handle.

A famous historian Sita Ram Goel, wrote the two-volume book with other authors including Arun Shourie, Harsh Narain, Jay Dubashi, and Ram Swarup namely ‘Hindu Temples: What Happened To Them’. 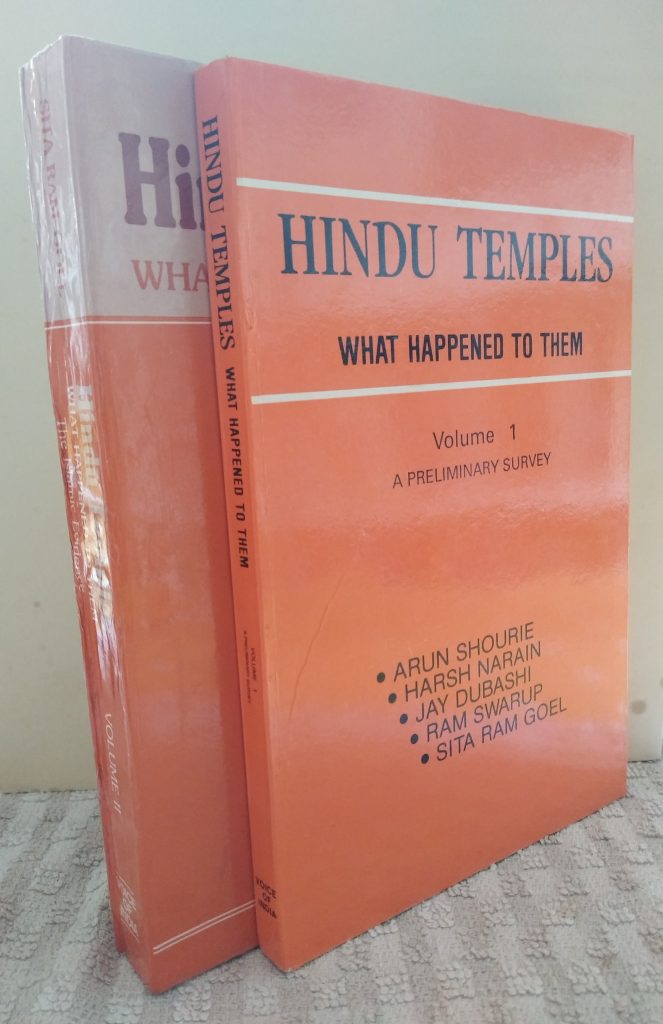 In this book, they mentioned 1,800 Muslim structures over existing temples or using materials from destroyed temples. From the Qutub Minar to the Babri Masjid, Gyanvapi, and Pinjor Gardens, so many other names are also mentioned in this book. The PDFs of the state-wise list can be found here.

According to this book, in Andhra Pradesh, 142 sites were recognized including, Jami Masjid in Kadiri, Sher Khan Masjid in district Penukonda, Babayya Dargahin Penukonda, which was built by converting Ivara Temple, Datgiri Dargan in Gundlakunta, Datgir Swami Dargah built over Jangam temple in Janalapalle and others.

In West Bengal, there were 102 sites were found, where the mosques, dargahs, Muslim structures, and forts were built on demolished Temple sites, including Ghazi Ismail Mazar in Lokpura, which was built over Venugopala temple, Makhdum Shah Dargah in Birbhum Siyan.  In Bihar, there were 77 sites were found. In Bhagalpur, the Dargah of Hazrat Shahbaz was built on a Temple site. Similarly, in Champanagar, several Mazars were constructed on the ruins of Jain Temples.

The Muslim Graveyard in Amoljhori, district Monghyr stands on a Vishnu Temple site. In Gaya, Shahi Masjid in Nadirganj was built on a Temple site. In Delhi, 72 sites were identified in the book. The Islamic invaders destroyed Indrapat and Dhillika, as well as their suburbs, in order to construct seven cities. The book recognized 170 sites in Gujarat.

The material from the destruction of temples in Asaval, Patan, and Chandravati was used to build Ahmadabad, a Muslim city. Similarly, So many mosques were identified in different states, in whose place there were earlier grand temples.

The book mentioned 299 sites in Uttar Pradesh that were built with temple materials and/or on temple grounds. Masjid at Gyanvapi in Varanasi was built on the Temple site using Vishweshara Temple material. 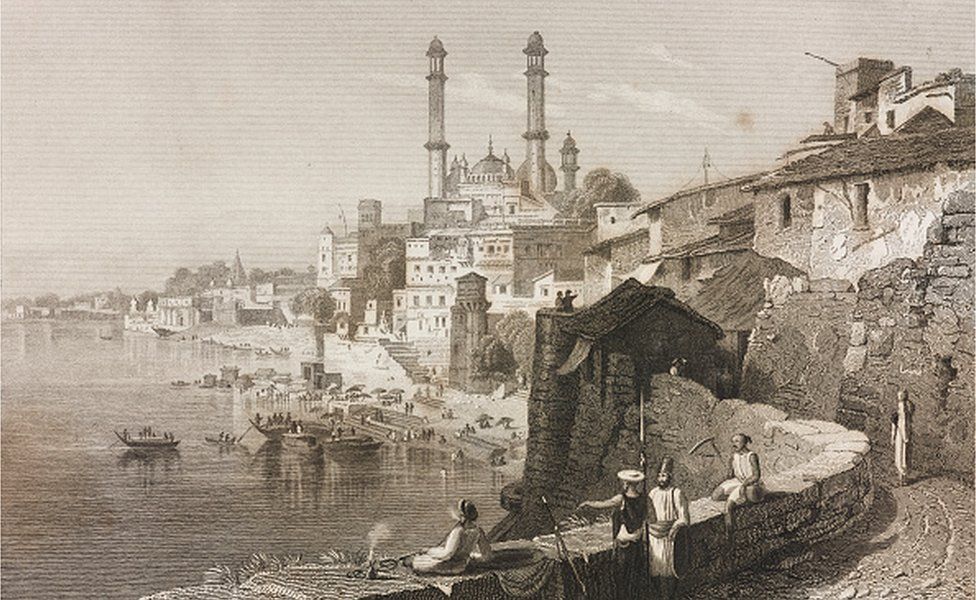 The court recently ordered a survey of the disputed structure, and the survey team reportedly discovered a Shiva Lingam. Following the discovery, the court sealed the site.

During the campaign for the Ram Mandir construction in Ayodhya, the Bharatiya Janata Party (BJP), the Vishwa Hindu Parishad (VHP), and the Rashtriya Swayamsevak Sangh (RSS) all mentioned the Gyanvapi Masjid dispute. Their claim is that the Gyanvapi mosque is built on the ruins of the 16th century Kashi-Vishwanath temple, which was partially destroyed in 1669 by Aurangzeb, the sixth Mughal emperor.

The Gyanvapi Mosque controversy is not the only instance in which Hindutva groups are attempting to erase Islamic heritage, religious, and cultural sites across India. In the name of reclaiming “Hindu heritage,” Hindutva groups are laying claim to other Islamic sites with renewed vigor.