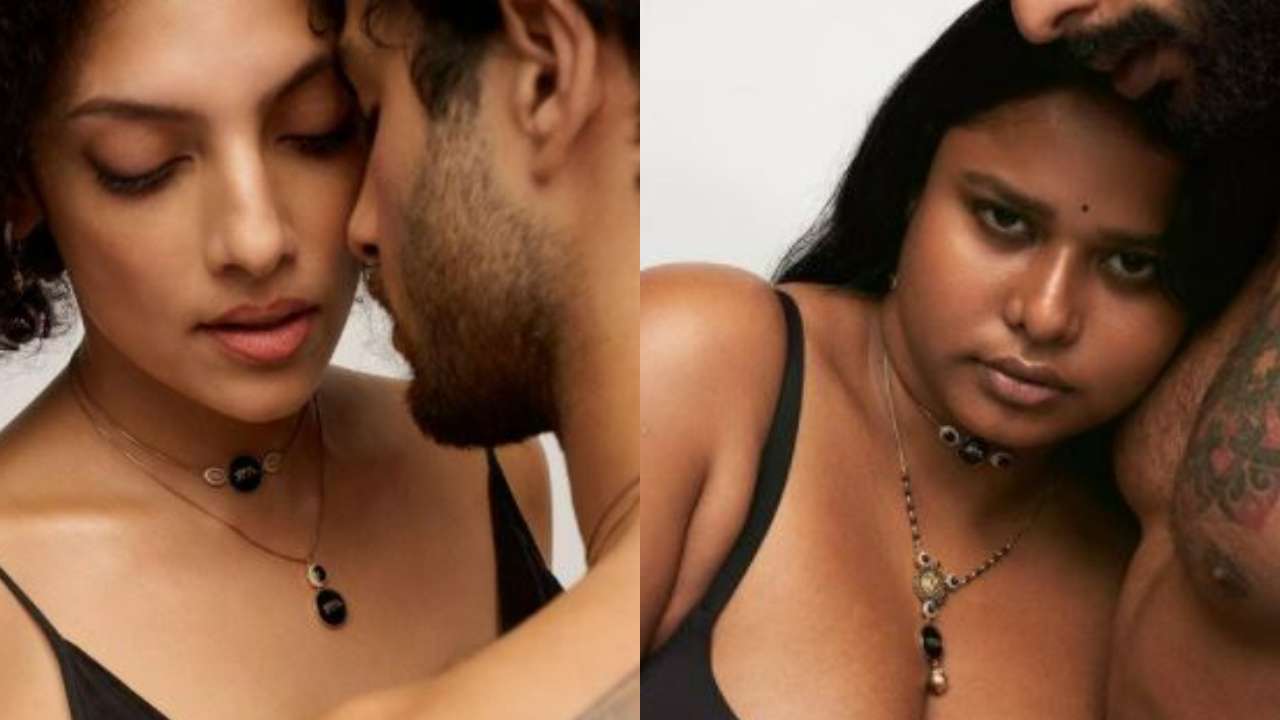 Ace fashion designer Sabyasachi Mukherjee launched his latest ad campaign title ‘Intimate Fine Jewellery’. The pictures of the campaign were released on the official Instagram account of Sabyasachi on Wednesday. The ad features a mangalsutra line, The Royal Bengal Mangalsutra.

In the series of released pictures heterosexual and same-sex couples are seen showcasing the mangalsutra. Some models are also seen posing in intimate apparel. This has been termed as ‘disappointing’ and ‘pathetic’ by netizens. Sabyasachi was mercilessly trolled for this campaign that went viral on Wednesday.

Soon after the release of pictures, comments expressing anger, resentment, displeasure were showered on them. Some even called it as an attack on Hinduism and an attempt to hurt the religious sentiments.

One particular picture made the netizens more aggressive. In this, the model is seen wearing a black brassiere along with the mangalsutra, resting her head on a shirtless male model. Twitter emerged with hate comments and trolls after this one. One of the tweets read, “I thought Sabyasachi launched his new lingerie collection, no no..that’s a mangalsutra ad.”

The managlsautra that has been featured is made of 18k gold with black onyx and pearls. It costs Rs 1,65,000.

“May be the person who is financing #Sabyasachi work – believes in nudity! Such filthy Ads depicts ‘mazboori ‘of its maker, nothing else. Shameful,” another comment read.

“What are you exactly advertising? No one will wear this jewellery now coz you have shown the world that if I wear that jewellery I must be some cheapo! please take care of your campaigns (sic),” a user wrote in the comments section on Instagram.

Also read: Aroosa Alam Opened Up On Her Relationship With Captain Amarinder Singh; Deets Inside

This is not the first time that Sabyasachi has been slammed on social media. Earlier in August, he received condemnation for selling ‘overpriced’ cotton saris worth Rs 9,999, as part of his collaboration with H&M. For that, the designer wrote, “When H&M first came to me with the idea of the collaboration, I was very excited that I could finally reach out to the massive Sabyasachi tribe worldwide, even if it was just this once. I knew they had the power and distribution to make it happen. And it happened.”