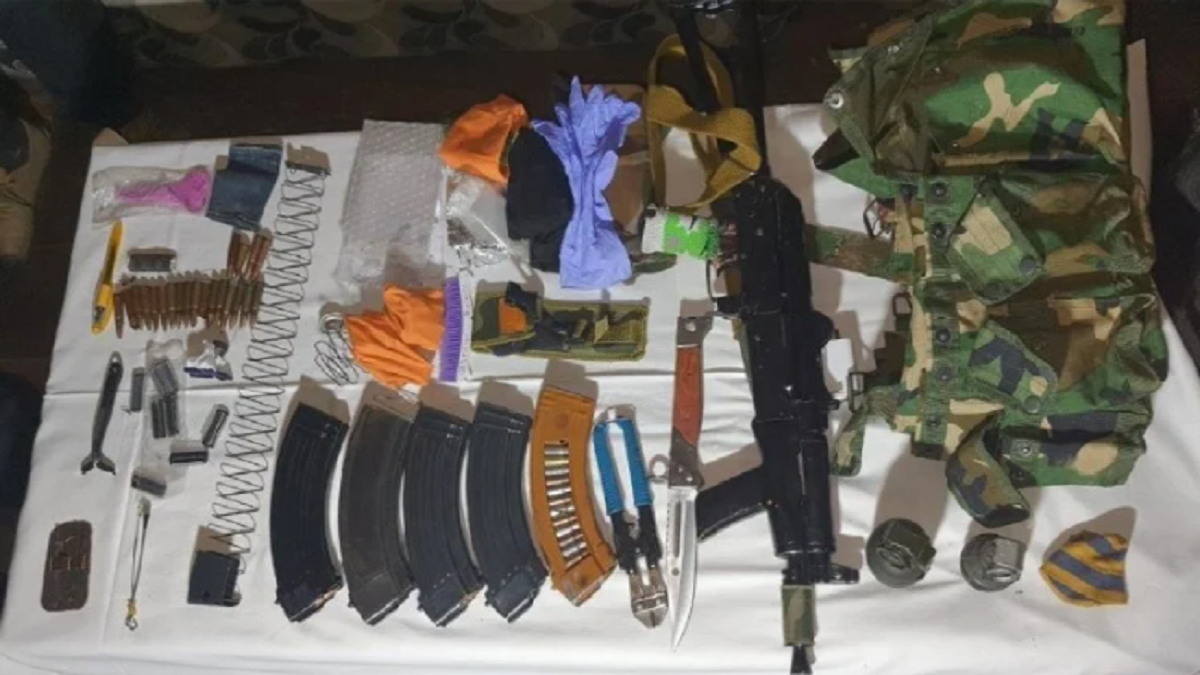 A Lashkar-e-Taiba terrorist has been arrested in Budgam of Jammu and Kashmir. Weapons and other material have been recovered from him. The police officer said that information was received about the presence of terrorists in the Chadoora area. After this, the police, 53 RR, and 181 battalions of CRPF launched a search operation. Meanwhile, Lashkar-e-Taiba terrorist Jahangir Ahmed Naikoo resident of Shopian was also arrested. One pistol, two magazines, and 16 pistol rounds were recovered from him. Police have registered a case against him at the Chadoora police station.

In Pulwama, security forces discovered a terrorist hideout that was built in an apple orchard in the Bandarpora Koel area of ​​South Kashmir’s Pulwama. Although it was empty and nothing was recovered from there. It was built underground. The security forces demolished the whole apple orchid area so that no new terrorists can use that area as an undercover area to hide from the police and army forces. It is said that this place was used by terrorists to hide after carrying out the incident.

In Anantnag, terrorists targeted a CRPF bunker in FM Gali near Khannabal (Pahalgam) on Wednesday. Along with this, bullets were fired on the vehicle of the security forces. On hearing the sound of gunshots, the shopkeepers closed the shops immediately fearing the terrorist attack in the area. As we all know this area is famous for terrorist attacks so it becomes quite difficult for the people staying there to carry out their day-to-day routines comfortably. Security forces surrounded the entire area and started searching for the attackers immediately after the attack. The search operation was going on till late evening in the area. Although there was no damage in this attack to anyone.