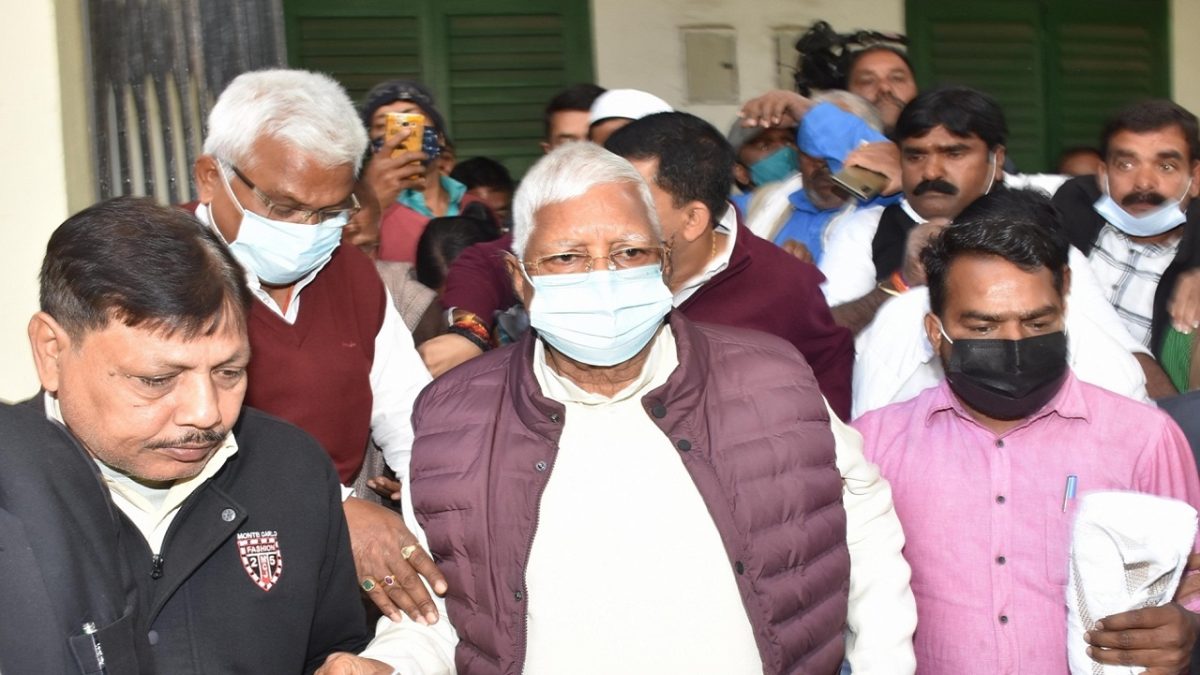 Lalu Prasad Yadav, the RJD Supremo and former CM of Bihar, gets a life sentence of 5 years by a special CBI court in the Fodder Scam case. Along with this, a fine of Rs 60 lakh has also been charged by the special court. Other 5 convicts have also been sentenced to five years in jail, 32 convicts got 4 years of jail and three convicts got a jail term of 3 years. 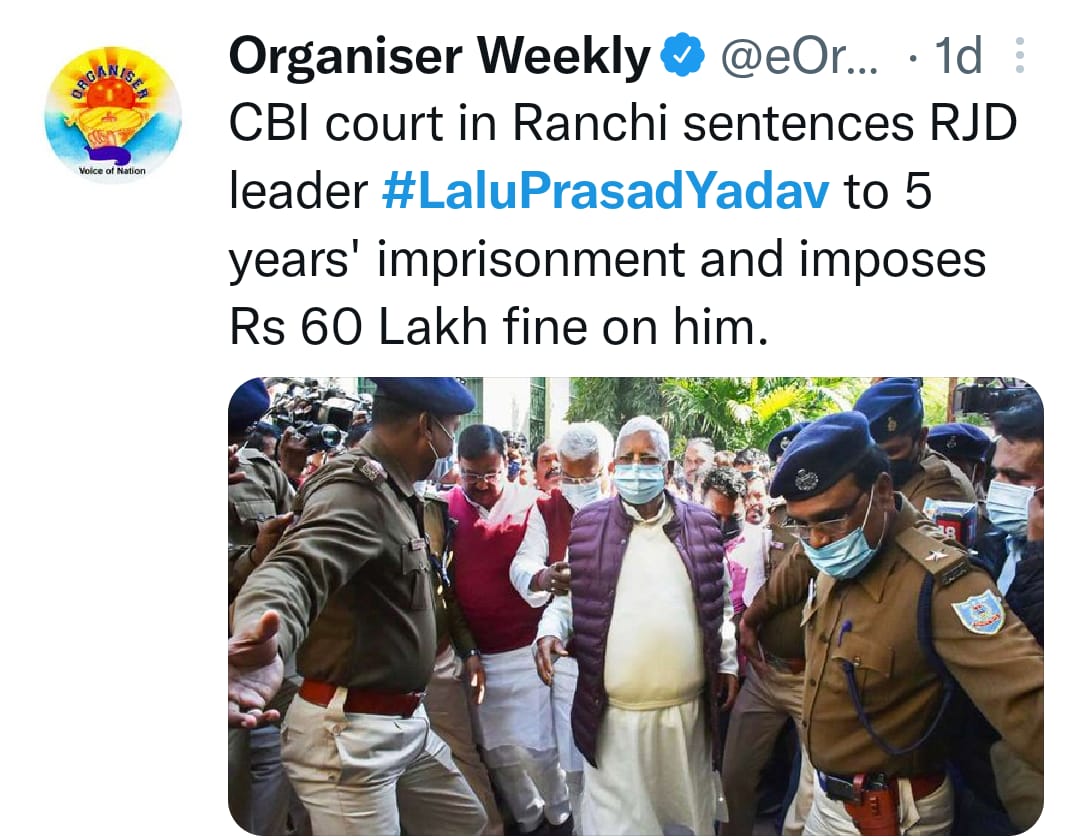 CBI till now has examined 575 witnesses in the case and filed a charge sheet against 170 people. The trial started in 1996 for the case, which has 99 accused including Lalu Prasad Yadav. The CBI court has fined convicts ranging from Rs 1 lakh to Rs 2 crore being the highest amount as a fine in this case. 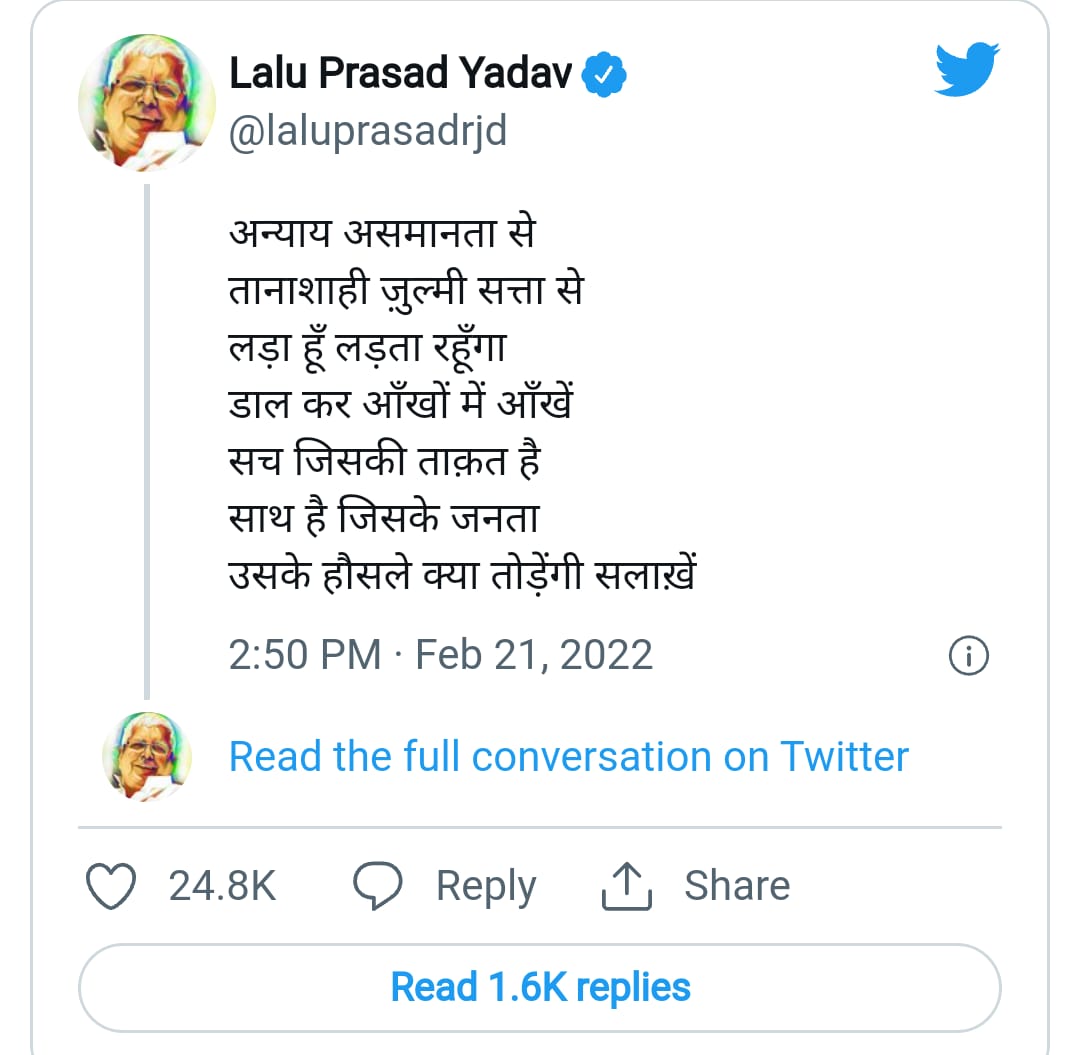 As soon as the verdict came in, Lalu Yadav tweeted saying that he will continue to fight against injustice. Lalu Prasad Yadav’s son Tejashwi Yadav said that this is not the end. “This is not the last judgement. High Court, Supreme Court are there. We have challenged it in the High Court,” he said.

Tejashwi also said that it seems like there is no other scam happening in this country. Only one scam and one leader is present in the country. What about Vijay Mallya, Nirav Modi, Mehul Choksi and others. What is CBI doing against them, he questioned. 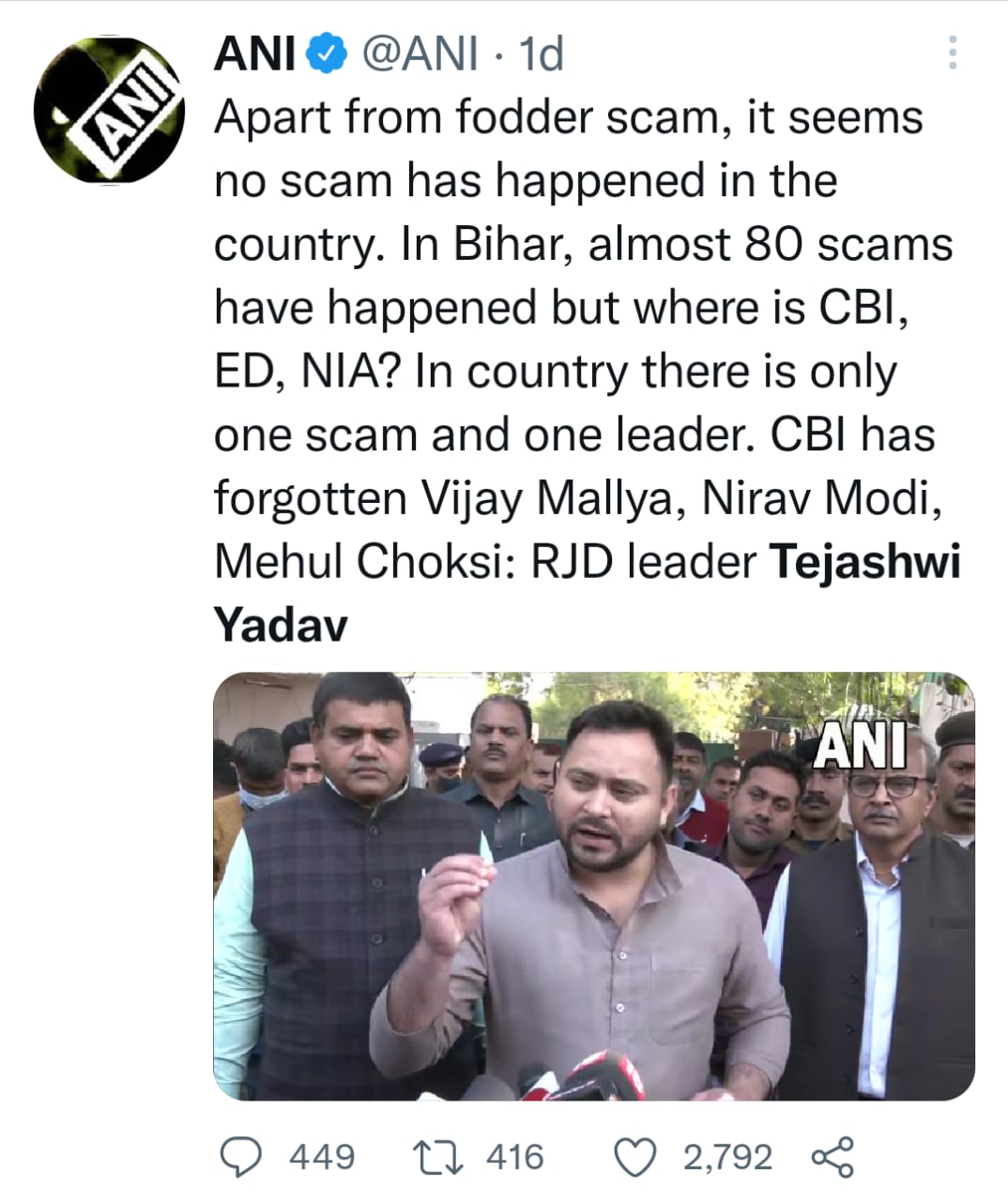 ‘Chara Ghotala’ or Fodder Scam are synonymous with Lalu Prasad Yadav in real life too. There are five cases against the former CM of Bihar in the Fodder case. Last Tuesday, in the fifth and the final case against him, he was found guilty. The fifth case, Doranda Treasury involves Rs 139.5 crore which happened during his tenure as a CM of Bihar.

Lalu Prasad Yadav has earlier too received a jail sentence in the other four cases of Fodder Scam. He was out on bail. The scam involved a whopping amount of Rs 950 crores con and came into public’s eye by deputy commissioner Amit Khare. In the scam, the animal husbandry department issued fake bills in many districts of Bihar and during that time Lalu Yadav was heading the finance ministry too. The former CM has been termed to 14 years of jail under the four other cases in the scam which includes Dumka, Deoghar and Chaibasa. He had already spent 31 months in hospital and 8 months in jail since 2017.

In 1997, CBI filed charges against the RJD Supremo along with Jagannath Mishra, former CM of Bihar, who died in 2019. Till now CBI has filed 53 individual cases related to the Fodder Scam.