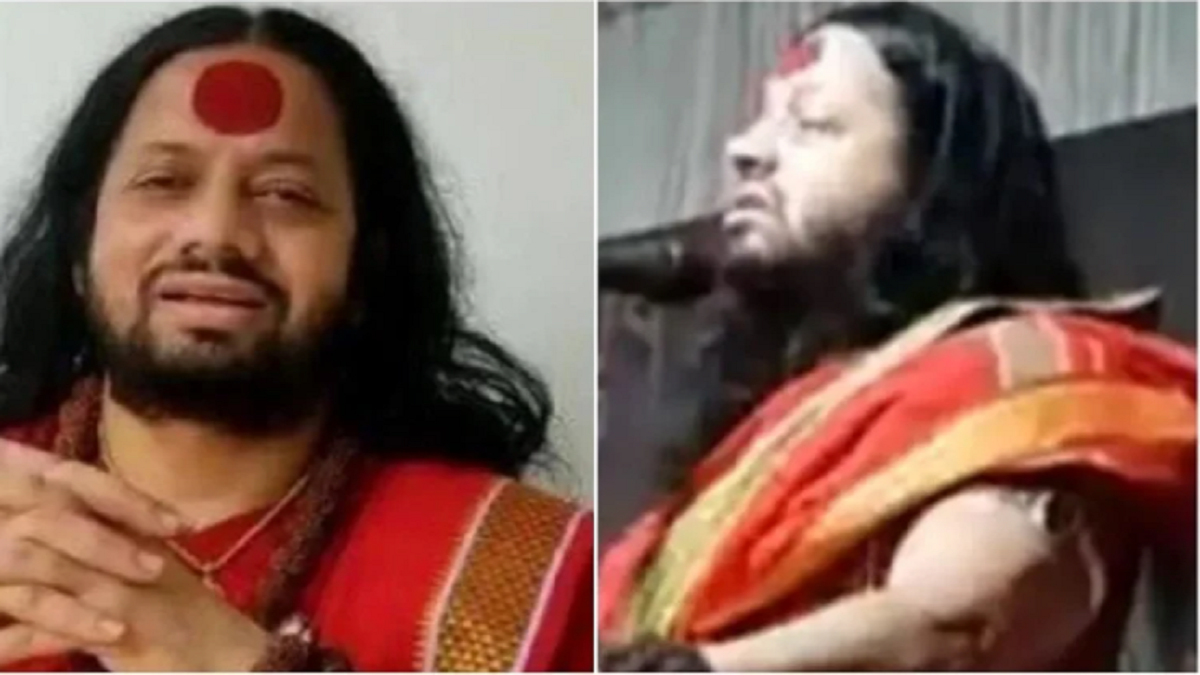 Hindu ‘Dharma Sansad’ is being organized in different states in India these days and every day controversial statements are coming out from one or the other place. At the same time, in the Dharma Sansad organized by an organization in Raipur, the capital of Chhattisgarh, religious leader Sant Kalicharan Maharaj said derogatory words about Mahatma Gandhi and justified Nathuram Godse for the murder of Mahatma Gandhi, the father of the nation.

Few days back, Sant Kalicharan Maharaj made a controversial statement on Mahatma Gandhi by calling Mahatma Gandhi as promoter of dynasty and abused him openly. He even crossed all the limits when he bowed down for Nathuram Godse and called him a great human for murdering Bapu. Soon after that FIR was registered against him. However, instead of saying sorry for his derogatory words against bapu, Sant Kalicharan Maharaj has created a sensation by releasing a new video. A case was registered against Kalicharan Maharaj in Raipur for abusing Gandhiji, but within 24 hours of the FIR being registered, Kalicharan has released an eight-minute video. At the same time, he has said, “I have no regrets for abusing Mahatma Gandhi. Even if you hang me, I am not going to change my tone.”

Kalicharan said that such an FIR does not make any difference to him. He said, “I am anti Gandhi and I hate Gandhi. If I will be sentenced to death for this, then it is acceptable to me.” On Sunday, at the Dharma Sansad program in Raipur, Sant Kalicharan had called Mahatma Gandhi abusive and had bowed down to Nathuram Godse, the assassin of Gandhi, while abusing.

Kalicharan accused Mahatma Gandhi of promoting dynasty culture in India. Sant Kalicharan, using words like spreading the root of dynasty, said that Congress has done the work of promoting dynasty. If Gandhi had handed over power to Sardar Patel instead of Pandit Nehru, then the country would have been ahead of America and India would have been called a golden bird till today.

In the Dharma Sansad held in Raipur, Kalicharan accused Mahatma Gandhi of not stopping the hanging of Bhagat Singh, Rajguru. He said that no one can be the father of the nation. If you want to make the father of the nation, then people like Chhatrapati Shivaji, Rana Pratap and Sardar Patel should be made, who did the work of uniting the Rashtrakul. He blamed Gandhi for the partition of the country.