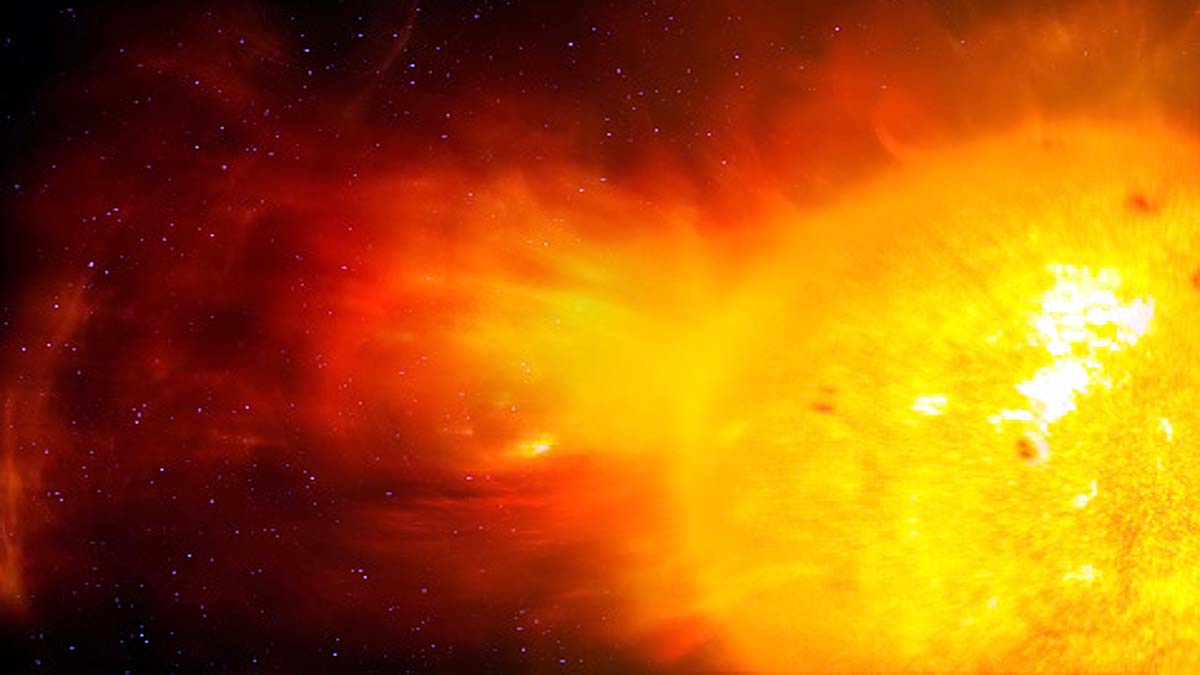 Illustration of a coronal mass ejection (CME) emanating from the Sun. These events are powerful releases of solar charged particles (plasma) and magnetic field, travelling on the solar wind. When a CME hits Earth, it can cause a geomagnetic storm which disrupts the planet s magnetosphere, our radio transmissions and electrical power lines. They can damage artificial satellites and cause long-lasting power outages. Humans in orbit are also very vulnerable to these events, whose high-energy particles are not shield by typical spacecraft.

ISRO’s Chandrayaan-2 has recently been able to detect massive solar events that were missed by most of the global satellites. Even NASA’s Geostationary Operational Environmental Satellite (GOES) could not detect the event. The reason is GOES orbit around the earth and cannot detect the event due to the its magnetic force. As the earth’s magnetic field works in protecting the planet from harmful solar events. But Chandrayaan-2 is orbiting around the Moon because for this reason the event was captured successfully by it. Chandrayaan-2 orbiters detected two M class solar flares – M5.5 and M 1.5. 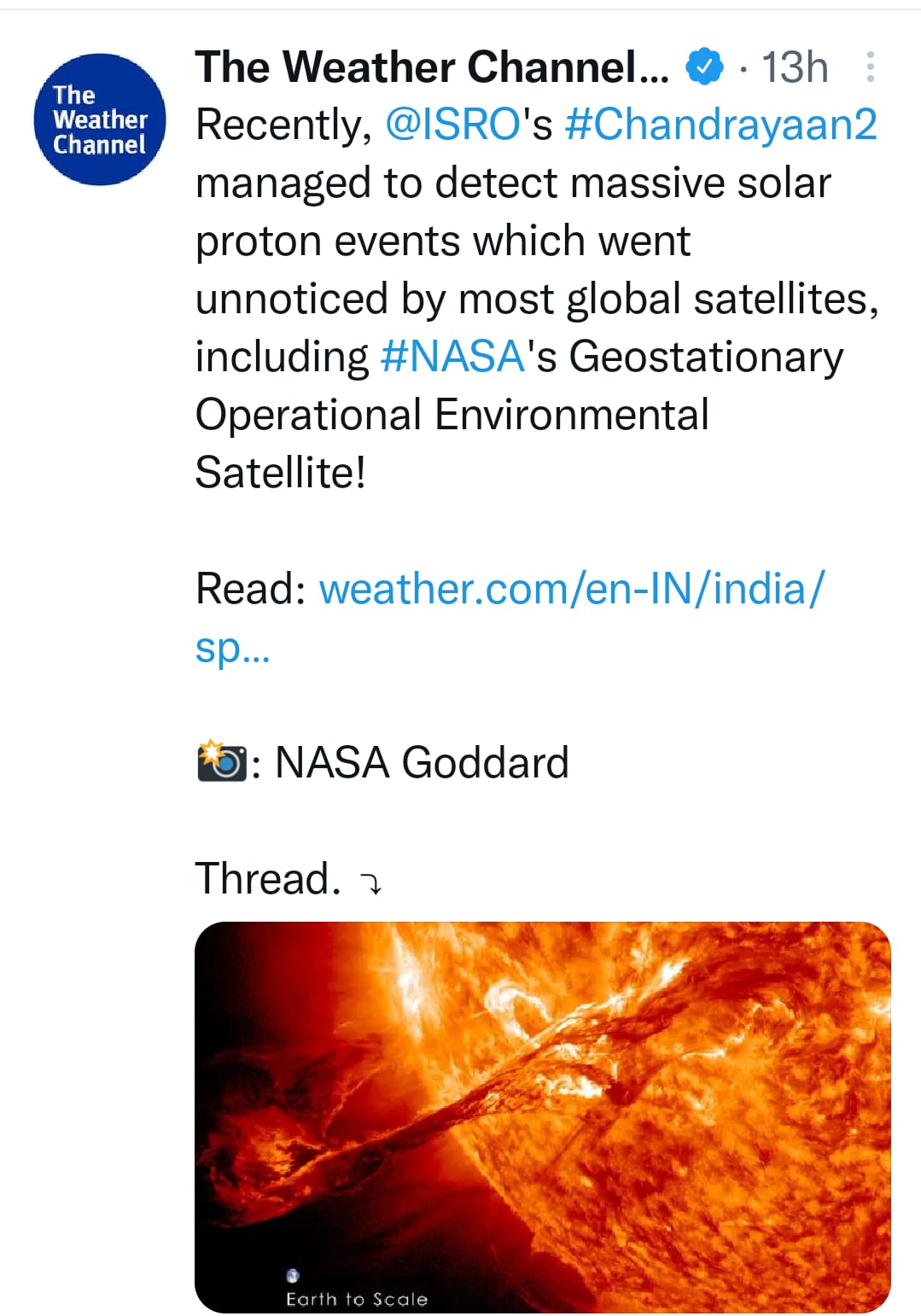 Solar flares and coronal mass ejections are powerful emissions that can easily destroy satellite-based communication on Earth. There are five classes of Solar Flares named A, B, C, M and X Starting from the smallest to the most extreme. Class M and X of solar flares are the most powerful ones. Each class represents a 10 fold increase in output. Example M class fare is 10 times more powerful than C and 100 times than B. Each Flare class has a subdivision/ranking from 1 to 9. 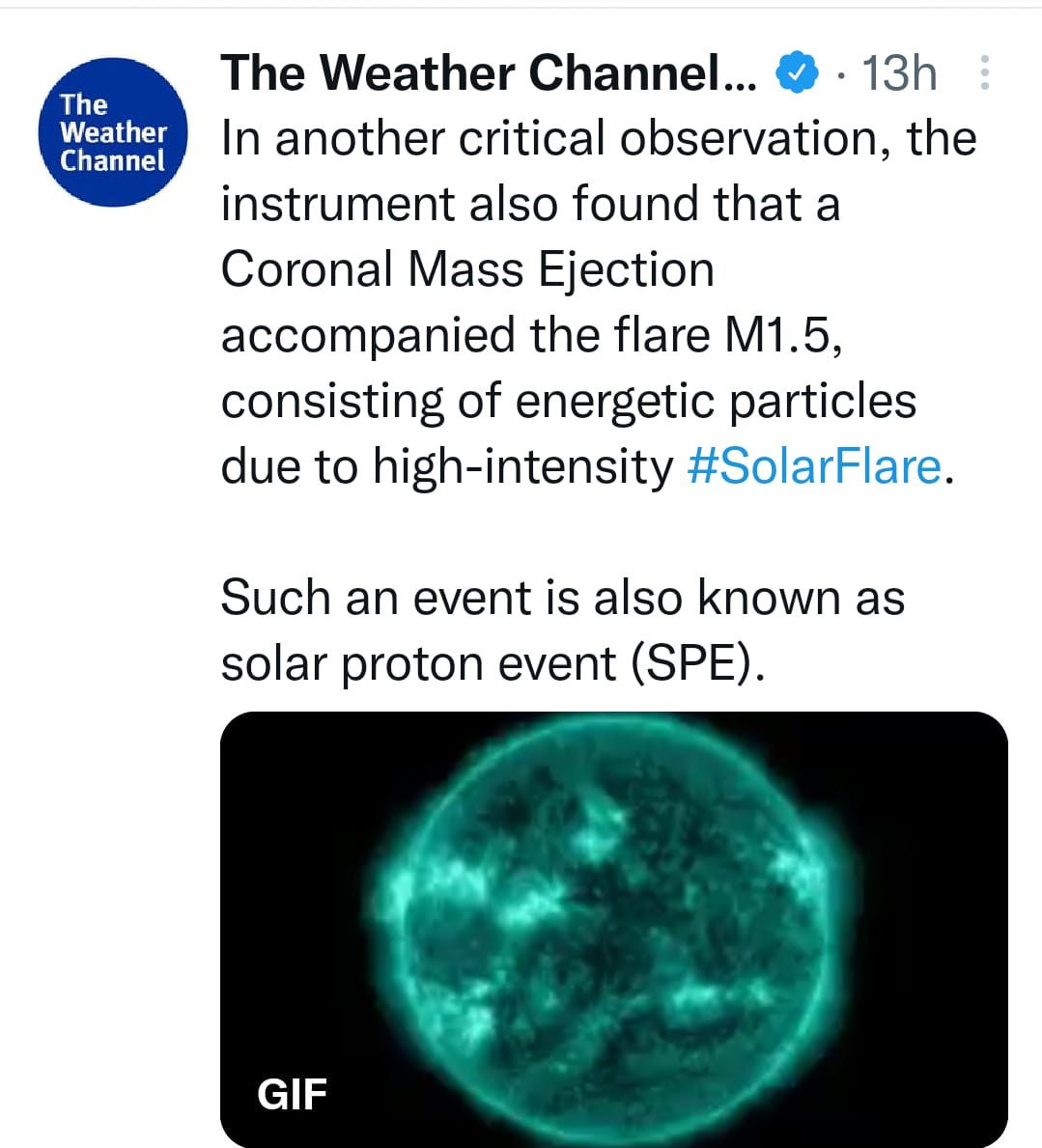 Another observation captured by the Chandrayaan-2 is the release of energetic particles with one of the flares. The Coronal Energetic Mass (CME) accompanies the M1.5 solar flare. This is known as the Solar Proton Event (SPE). The CME was travelling at a speed of 1000 Km/sec and took 2-3 days to reach the earth’s surface.

ISRO launched Chandrayaan-2 in July 2019. It entered the Lunar orbit in August 2019. It is one of the most successful missions with a success ratio of 95-98%. Several important revelations are done with the help of the Chandrayaan like the presence of water molecules on the moon and the coronal heating process. ISRO is now aiming to launch Aditya L1, Gaganyaan’s first uncrewed flight.