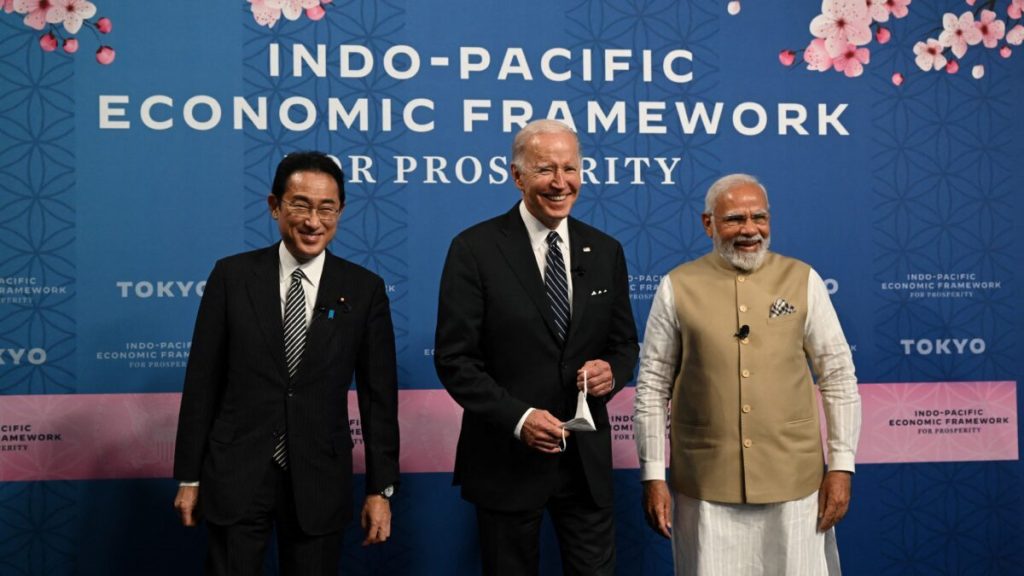 US President Joe Biden visited Tokyo on May 23 ahead of the QUAD summit and launched the the Indo-Pacific Economic Partnership Framework (IPEF) along with 13 Indo-Pacific nations including India. The framework is launched to ‘balance’ the growing Chinese market. Biden has stressed on the fact that the future of 21st century will be pivoted on the Indo-Pacific which is a ‘free, open, connected, secured and prosperous’ region where the economic growth is inclusive and sustainable. 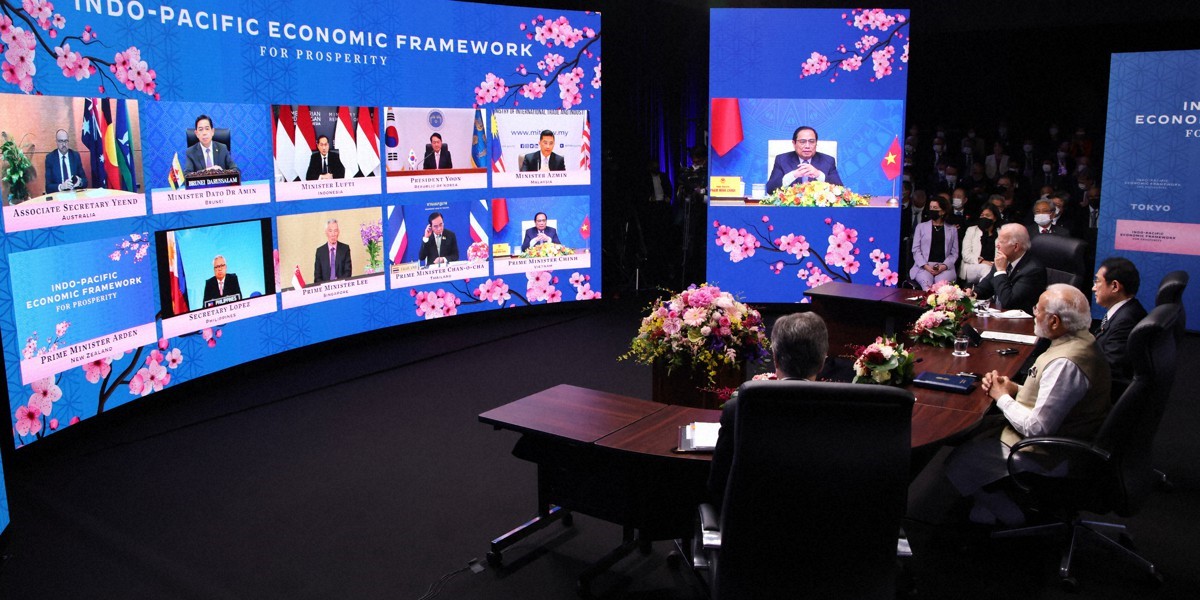 India joined the IPEF as it stands for an inclusive, open, secure and well-connected Indo-Pacific region for the purpose of sustainable growth of the region. Also it aims to counter China and its ‘aggressive expansion’ of trade along with, what US and its allies have alleged, to be unfair trade practices and economic coercion. While joining the framework officially PM Modi said that it will bolster the region for global economy while reflecting a collective endeavor to make the region an economic powerhouse.

While thanking President Biden for spearheading the initiative he has urged the participating nations to find work on the economic challenged of the region. Later his words were echoed in the official statement of Indian external affairs ministry by stating that IPEF focuses on strengthening economic cooperation among the participating nations on objectives of enhancing resilience, sustainability, inclusiveness, economic growth, fairness and competitiveness in the region. This initiative will give India a chance to make its own hold on the region after it walked out of the Regional Compehensive Economic Partnership (RCEP) in 2019 on grounds of it being ‘China-centric’. 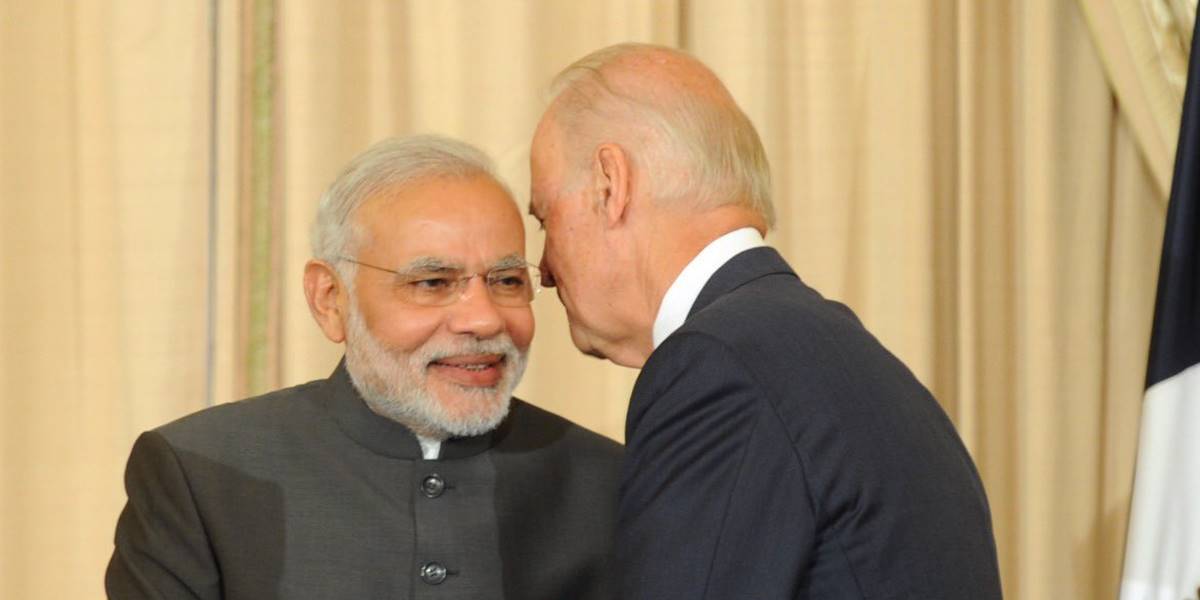 An informal meeting of the IPEF was held on 11th June, 2022 in Paris which was called by Katherine Tai, US Trade Representative. The meeting has sparked several worries and dilemmas for New Delhi that U.S will possibly seek to resolve some long due bilateral trade ‘impediments’ such as tariffs and intellectual property rights through this initiative which Washington calls as an “economic arrangement”. During the meeting there were talks about economic negotiations based of the trade pillars of IPEF which might lead to trade agreements that will not be favourable for Indian’s economy as some officials fear.

The negotiations will involve economic activity and investment, promotion of sustainable and inclusive economic growth, and benefit workers and consumers across the region, according of Tai but India sees this as a ‘problem’ which will lead to greater trade liberalization among the member states, especially within the Quad grouping, that consist of India, US, Australia, and Japan, the main driving force behind the IPEF.
Several critics have also argued the same saying that this will provide the US to push for the elimination of tariffs on goods and goods and services, and certain amendments to the intellectual property rights and patents regime, and data protection which have been raised by Washington with New Delhi under the India-US Trade Policy Forum.

Apart from that critics have also argued that the IPEF is a ‘despararte’ attempt by US under President Biden to regain its lost status after pulling out of the Trans Pacific Partnership by the former President Trump, which had created a vacuum that has already been filled by China. Hence this initiative might have come ‘too late’ to achieve the goal of countering China in the region. 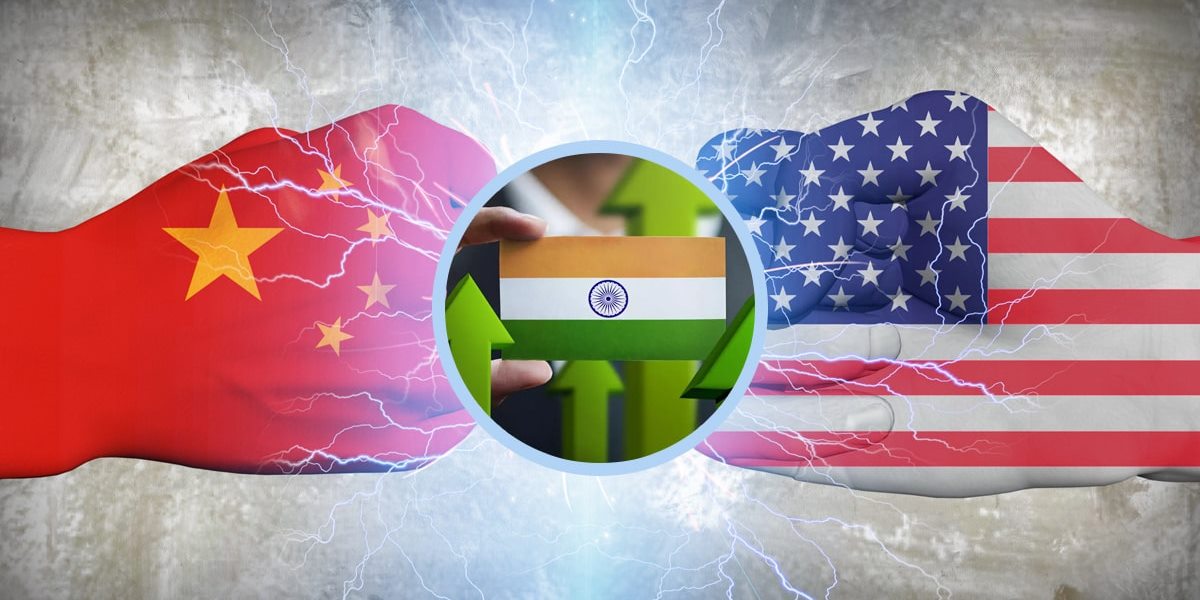 India is right now at a ‘difficult’ position with hard choices to make as future negotiations along the IPEF lines will be extremely challenging if tariffs and IPRs are compromised through any negotiations which are very important for the economic sustainability of India. However for now US has surpassed China as the largest trading partner and that this initiative has scopes open for other avenues for India like forging closer links with Southeast Asia through Bangladesh and Myanmar which will give it a new economic dimension in the region.