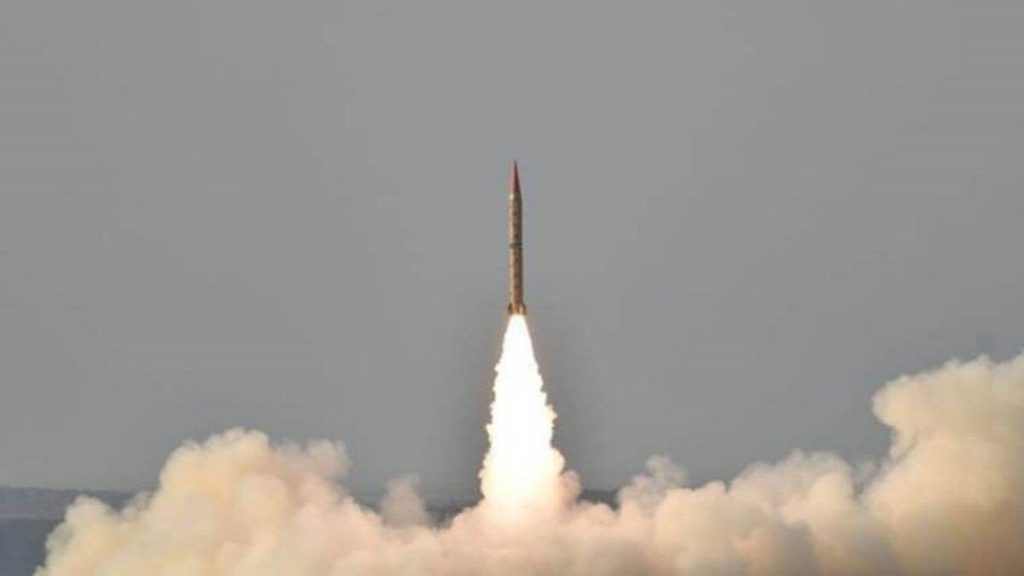 India’s accidental firing of a supersonic missile in the Pakistan territory creates ripples of cold tension between the two neighbouring nations. As the incident did not cause any casualties, the matter did not get over the head.

On the other hand, Pakistan has handled the situation with utmost maturity claims defence and military experts. 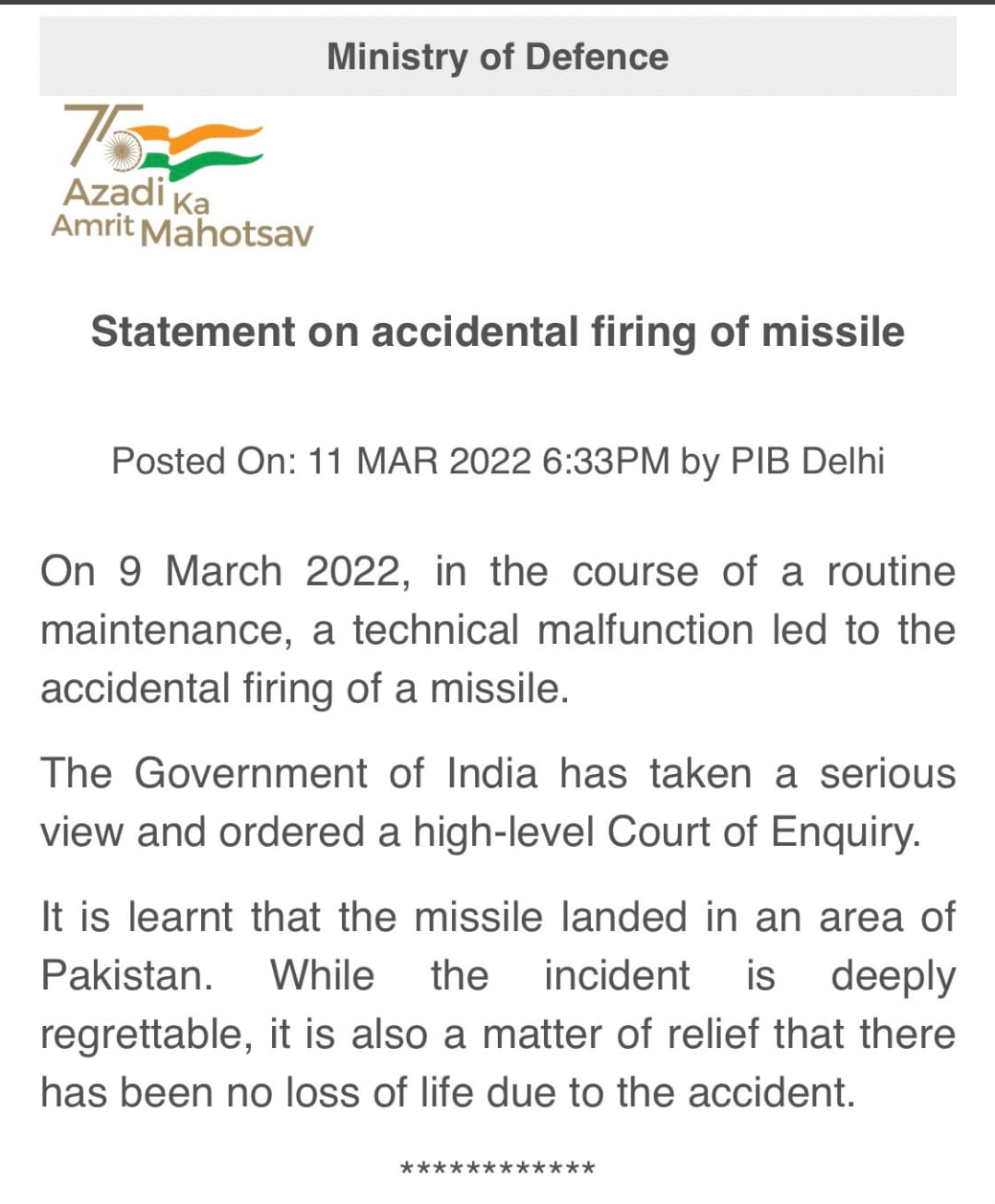 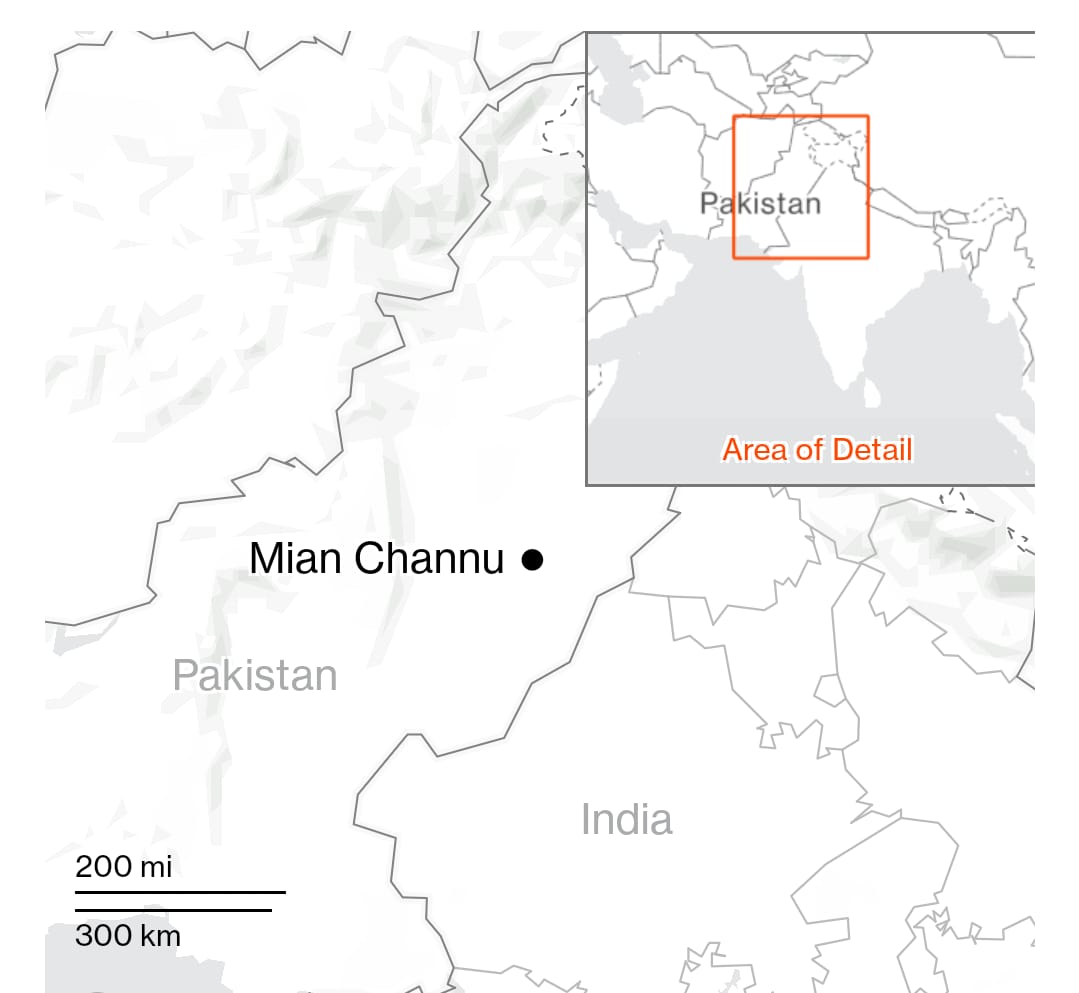 Pakistan summoned the Indian envoy in Islamabad and registered a strong dissent over the “unprovoked” violation of its airspace by an Indian missile.

The Pakistan military and intelligence agencies have tracked the path of the missile launched from India. The origin of the path lies near Sirsa, Haryana In India. This information was shared by the military spokesperson of Pakistan, Major General Babar Iftikhar, in Rawalpindi.

“The flight path of this object endangered many domestic and international passenger flights both in Indian and Pakistani air space as well as human life and property on the ground,” the official Pakistani statement said. 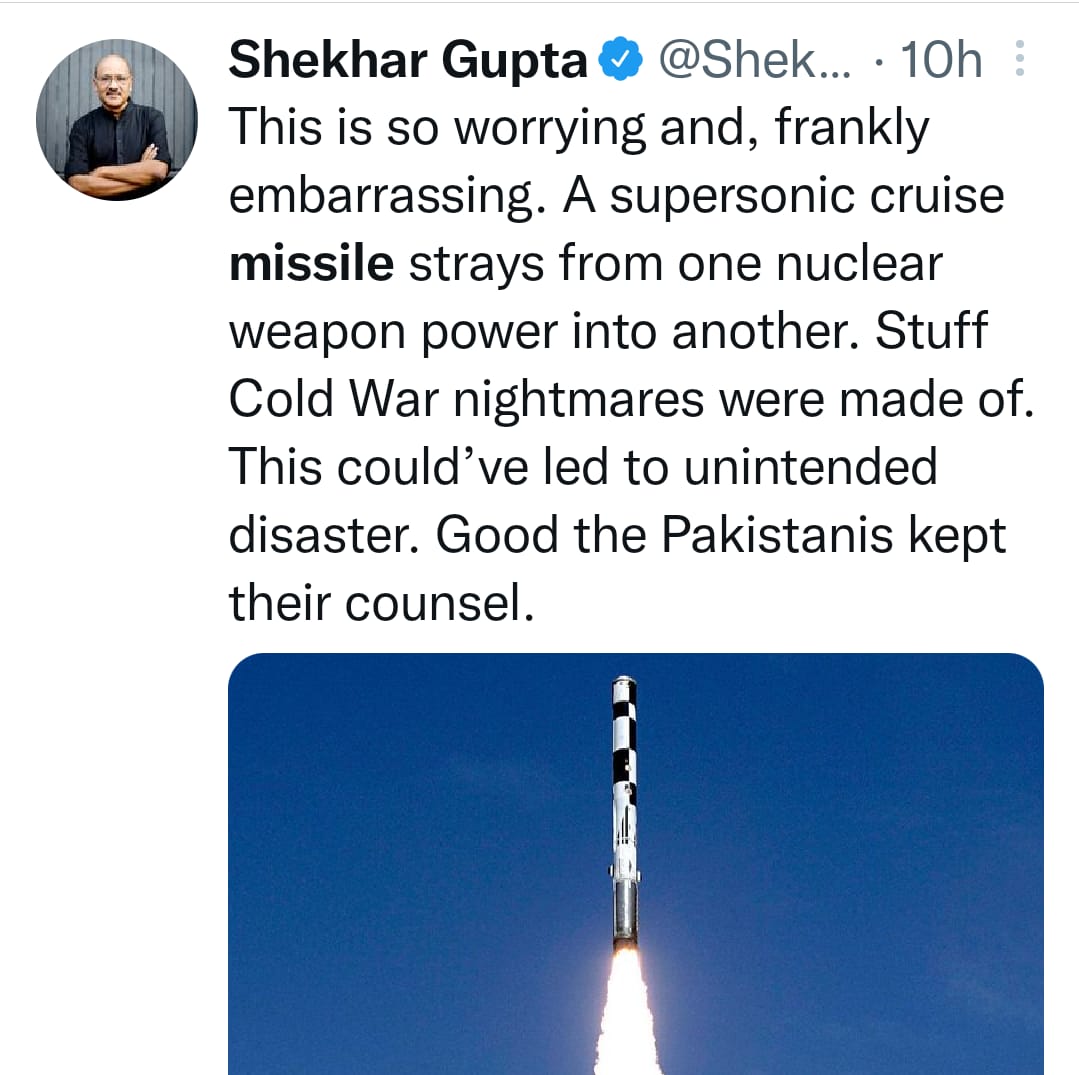 The two nuclear-armed neighbouring countries when facing such a situation then the outcome can be very stressful and thwarting too. But the military expert said that they are glad that both the countries have shown a great amount of understanding and handled the situation to maintain peace and harmony.

India and Pakistan have fought wars and there is always an undercurrent tension between the two nations for many decades. Such incidents can be lethal for both. But the accidental landing of the Indian missile has not taken away a single life.