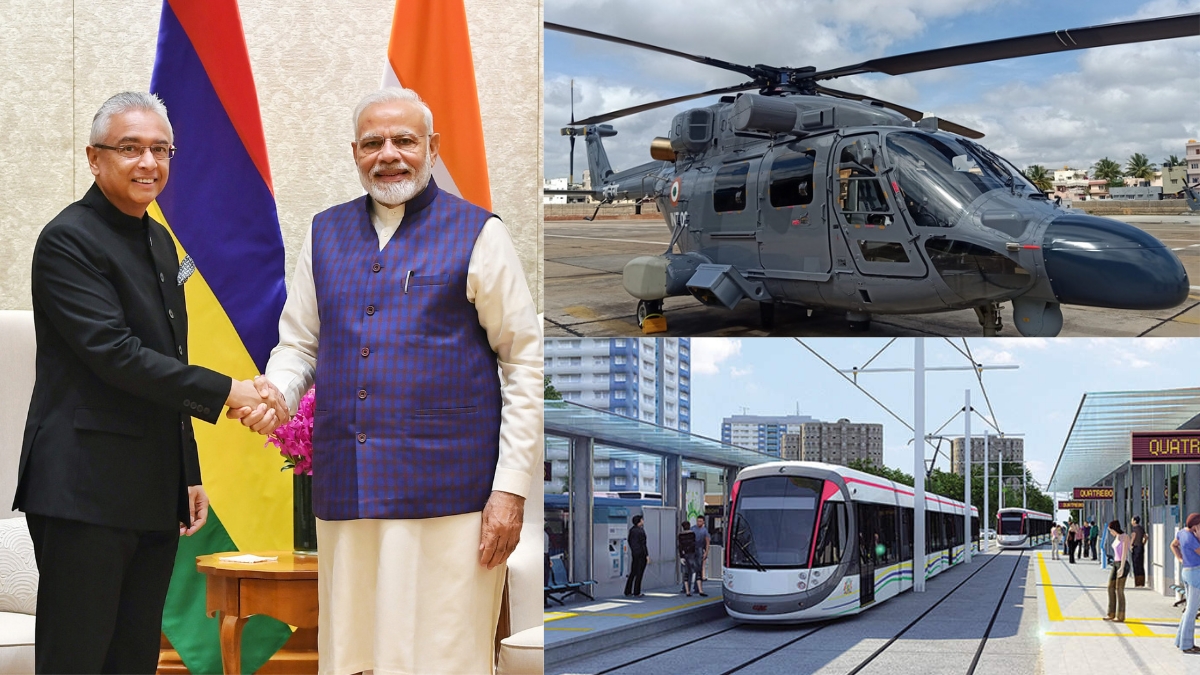 Prime Minister Narendra Modi on Thursday jointly inaugurated the social housing unit project along with his counterpart Pravind Jugnauth. The units will be built in collaboration with India in Mauritius. The occasion was organized organised through a video conference.

In his address, PM Modi said that Mauritius was the first country to which India had sent anti-COVID-19 vaccines under Vaccine Friendship scheme.

The two leaders also launched eight MW solar PV farm and civil service college projects in Mauritius, news agency PTI reported. They are being run with the help of India. On this occasion, an agreement was signed on giving a line of credit of US $190 million from India to Mauritius for the Metro Express project and other infrastructure projects.

On the other hand, Hindustan Aeronautics Limited (HAL) has inked a contract with the Government of Mauritius for the import of an Advanced Light Helicopter (ALH Mk-3) as part of the Union Government’s vision to boost defence exports to friendly countries. This copter will be used by Mauritius Police. The Mauritius government has been using HAL manufactured ALH and Dornier-228 aircraft.

The ALH Mk-3 is made in India. This multirole and multi charge copter belongs to the 5.5-ton order. This copter has proved its utility in a variety of places. Be it in India or abroad, this helicopter has carried out numerous life-saving operations during natural disasters. So far 335 ALH Mk-3s have been erected.

Mauritius which is located in the Indian Ocean region is a strategically important country for India. The Indian- led action of the Indian Ocean Rim Association is headquartered in Mauritius. IORA has eight African member countries. In which countries like Madagascar, South Africa, Tanzania, Kenya, Comoros and Mozambique are included.

In this program, a Memorandum of Understanding (MoU) was signed on the implementation of small development projects.

Speaking on the occasion, PM Modi said that during his 2015 visit to Mauritius, I had outlined India’s vision of maritime cooperation ‘Security and development for all in the region’. I am glad that our bilateral cooperation, including in maritime security, has implemented this vision. India and Mauritius are united by the shared history, culture, language and waters of the Indian Ocean.